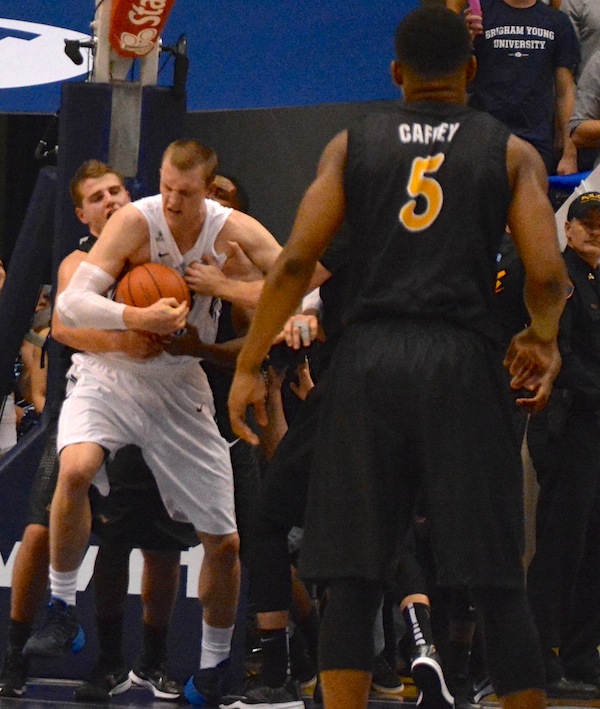 Nate Austin will provide welcomed rim protection and rebounding for the 2015 Cougars. (Photo by Rebecca Lane)

The West Coast Conference has officially granted forward Nate Austin a medical hardship waiver, meaning he is eligible for his fifth season with the BYU men’s basketball team.

“Having Nate back for this season will be a big boost for our team,” BYU coach Dave Rose said in a press release. “His experience will help us on both ends of the floor. Nate brings great enthusiasm and leadership so we’re excited to have him back.”

In December, Austin suffered a season-ending hamstring injury. Before the injury, Austin had started 10 games and averaged 3.0 points and 5.6 rebounds.

In Austin’s four seasons with the Cougars, he has played in 116 games and started 53, averaging 3.8 points, 5.4 rebounds and has totaled 71 blocks and 63 steals.