Home BusinessQ Magazine This will be on the test: Pleasant Grove’s TestOut aces online certifications

This will be on the test: Pleasant Grove’s TestOut aces online certifications 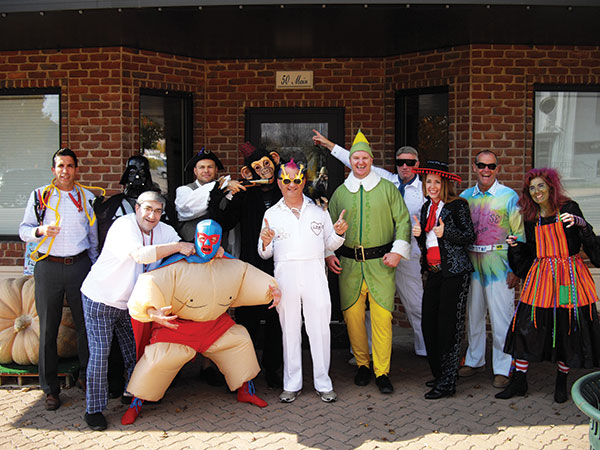 Noel Vallejo, founder of TestOut, has taken his turn in the testing center. In 1999, this El Paso native occupied two buildings in downtown Pleasant Grove, but his eight-year-old venture wasn’t acing its business model of educational technology.

“There were foreclosure signs in our windows, and I was meeting with the IRS and with banks,” he says. “I had made some mistakes, and the market had taken a downturn.”

He hired a bankruptcy lawyer to help stave off his creditors for a year while things turned around.

“He told me he dealt with bankruptcies all day long, and we weren’t going to pull out of this,” Vallejo recalls.

He didn’t believe it. This psychology major told his supportive wife that the person who bought his business would make a fortune in the long-run. And then it hit him. “I own the company. Why would I sell it?”

Within a year, everything turned around and he had a product in demand. He paid off his debts and earned an A+ in gratitude.

“We had about 20 employees at the time, and it was a matter of locking arms and walking through a fire,” Vallejo says. “Every entrepreneur will face that test. If you stay and fight, you deserve the reward. If you don’t, you don’t.” 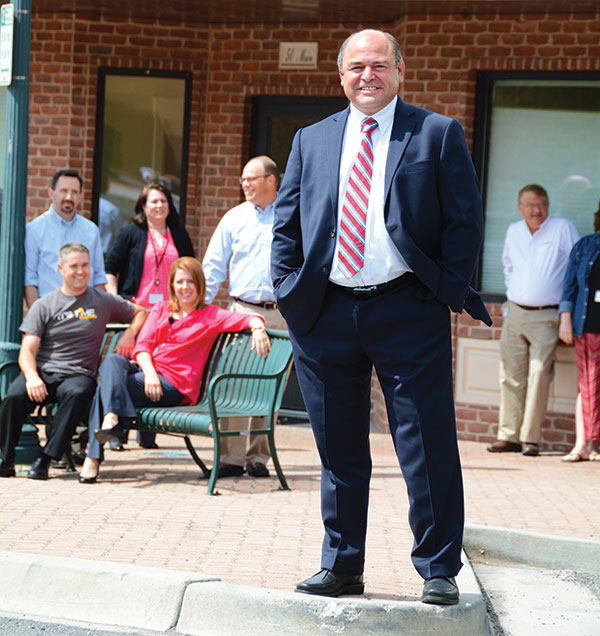 Walk This Way. Vallejo leads his team with vision, generosity and a love for revitalizing downtown Pleasant Grove. (Photo by Dave Blackhurst)

Vallejo says he takes a call every week from a venture capitalist wanting to buy his company.

“We live in an era where people want things fast and big,” he says. “But our approach is to plant a seed and have patience while you create an orchard. That’s a different mindset.”

The TestOut crop has grown to more than 90 employees, all working from Main Street offices in Pleasant Grove. Vallejo has purchased and renovated a bank, a dentist office, a historic theater and other buildings to house his IT company.

“Main Street fits our character, and we think we can do more good here than at a brand new business park in the county,” Vallejo says. “Downtowns tend to deteriorate, and we are wanting to build our community.”

For TestOut’s 20th anniversary, one of the monthly “give back” initiatives was to pay for Pleasant Grove City’s Christmas lights.

TestOut’s products help students grow confidence and income, and that is a payday all in itself.

“We provide hope in our students’ lives,” Vallejo says. “A lot of our employees could get higher paying jobs developing video games, for example, but here they use their talents to play a vital role in influencing people for good. This leads to very little turnover.”

Vallejo is a self-described workaholic, but he strives to create an environment where family is always No. 1.

“When dinner rolls around, you need to be at home listening to your spouse and kids,” he says. “But if you have to get work done, your spouse usually won’t miss you at 2 in the morning.”

Vallejo uses his home office to research and study, which alleviates his “always on my mind” work approach. 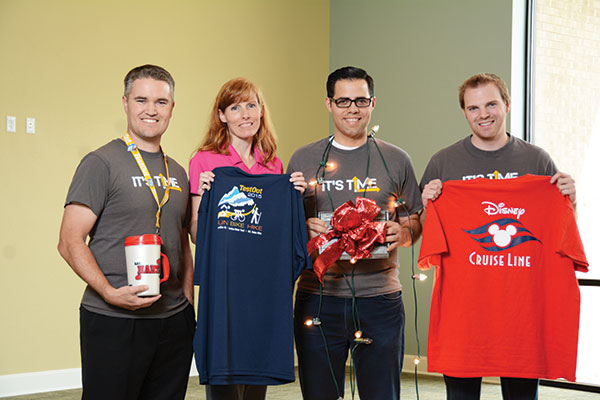 For example, one year TestOut sent out a sculpture from Provo’s Erasmo Fuentes titled “My Mother is a Girl,” and Vallejo wrote a personal card with reflections about his mother who raised 10 children. Another year, TestOut sent Pioneer Soap handcrafted in Zion Canyon, Utah.

“There’s not a single person in this company who doesn’t know Noel cares about them,” says Ladd Timpson, vice president of marketing for TestOut. “His leadership style is one of caring, and he doesn’t have to say a lot for us to know that.”

Timpson and Vallejo brainstormed what a possible billboard could say to attract top talent to TestOut. “Our best idea is, ‘Your family wants you to work here,’” Timpson says. 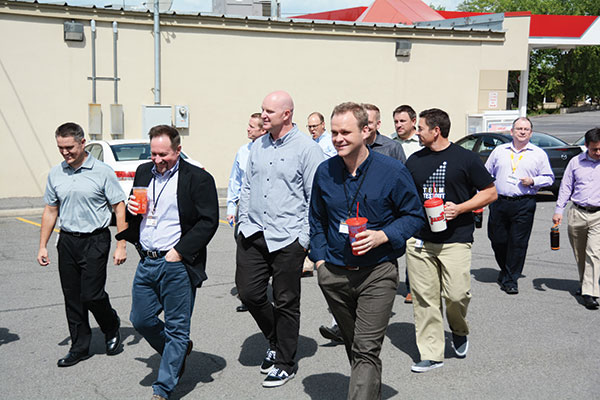 The Hart of It. During their 20th anniversary year, TestOut bought all the Harts drinks purchased on the 11th of every month. Pleasant Grove High School students found out, and the teenagers passed this “test” with flying soda colors.

Test #6: Harts with a Heart

“On the 11th throughout that whole year, we bought all the drinks at the Harts next to our office,” Vallejo says. “People would stand in long lines for us to cover their $1.49 sodas. It would get announced at Pleasant Grove High School, and the gas station would be flooded with customers.”

On the actual 20th anniversary of TestOut, the office was empty. Vallejo had taken his entire staff and their spouses on a Mediterranean cruise.

“It’s fun to have something to look forward to during the work year,” he says. “We had one employee get hired right before the trip, and he got to go as well. Having fun together creates loyalty.”

Vallejo is a family man — he’s raising six kids and is now a grandpa.

“After the Mediterranean cruise for couples, my kids reminded me that they wanted to be part of the celebration. So in 2013 we took the families of our staff on a Disney cruise,” he says.

He gave each family member a T-shirt and asked them to decide what motto they wanted on the front. Vallejo’s shirt included his long-time mantra: “It’s Time.” 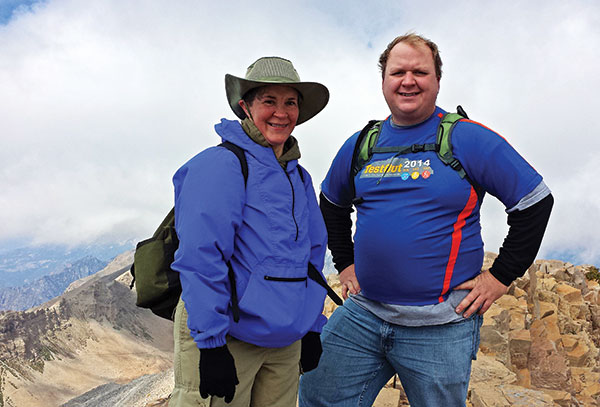 Take a Hike. TestOut gets out with company-sponsored hikes, bikes and runs, including this jaunt up Mount Timpanogos.

It’s not all computer monitors and multi-lingual training materials at TestOut. It’s also about getting out.

TestOut sponsors a run, a bike and a hike outing each year. For those who get the trifecta, TestOut grants them the coveted wooden “staff” with the logos of the three events attached.

Solution revolution: Solutionreach employees are in it to win it Next post