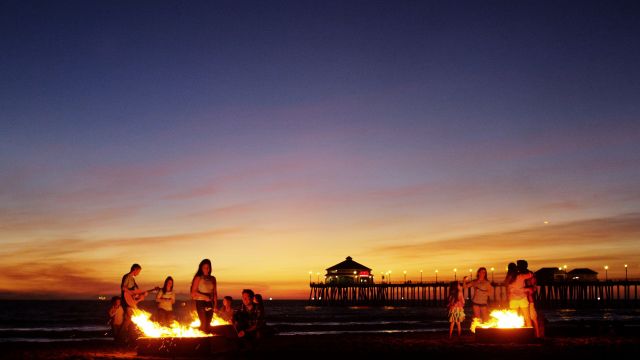 Summer is here again — which means Utah Valley residents will flock to Southern California in droves to visit Disneyland. Wondering what else there is to do in the area? Here are eight favorite destinations to add to your next California trip: 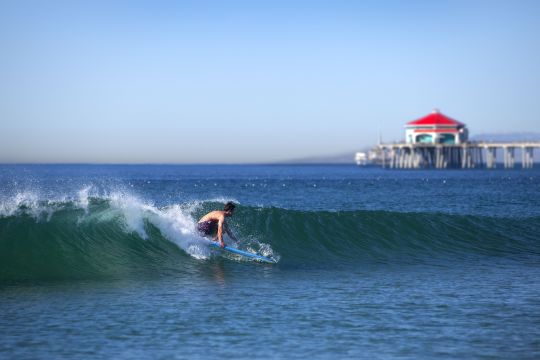 Huntington City Beach’s world-famous waves make it home to the US Open of Surfing every summer. (Photo courtesy of Visit Huntington Beach)

There’s a reason Huntington Beach’s nickname is Surf City USA. Its municipal beach hosts the US Open of Surfing every summer, thanks to its world-class waves. Dive into the surf, stretch out on the sand or join in a pickup game of beach volleyball at one of the many courts by the pier. Local vendors make it easy to rent any beach-day needs, from volleyballs and surfboards to umbrellas and beach chairs. For a break from the sand, pedal along the beachfront in a family-sized surrey or go fishing from the pier — no permit needed. Wrap up an idyllic beach day with s’mores and hot dogs at one of the beach’s many fire rings.

Ride the ferry to Balboa Island 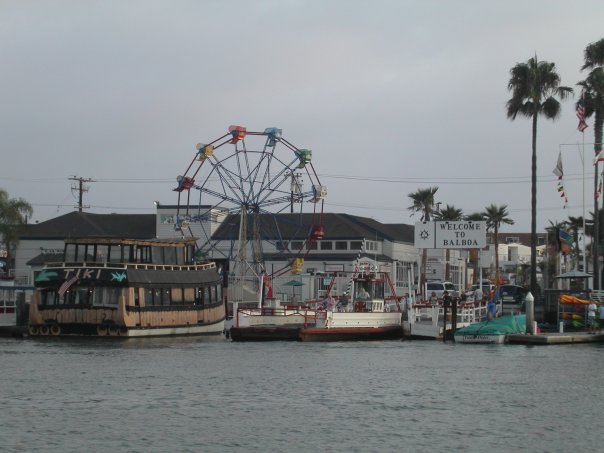 Nestled in Newport Bay is Balboa Island, a quaint island that’s perfect for a sunny seafront stroll. After a scenic — and affordable — ferry ride from Newport Beach’s Balboa Peninsula, head east and check out the charming beach houses that line Bay Front. Turn left at Marine Avenue and browse the island’s main drag or walk along the Grand Canal one block past Marine. Be sure to get a Balboa bar — vanilla ice cream dipped in chocolate and coated with your choice of topping — or a frozen banana from Dad’s or Sugar and Spice, the inspirations for “Arrested Development’s” famed banana stand. When back at the peninsula, take in beautiful ocean views from the Ferris wheel and play arcade games at the Balboa Fun Zone, or spend time on the water with paddleboats, paddleboards, kayaks or a Duffy boat from one of the Fun Zone’s many rental companies. Young fans get into the action at Angel Stadium. (Photo courtesy of Angels Baseball)

Summer and baseball go hand in hand, and the Los Angeles Angels of Anaheim always offer fun outdoor sports activity regardless of the score. Grab a short rib grilled cheese sandwich from The Big Cheese and enjoy pre-game live music in the Music Garden on Friday nights. If you catch a Saturday game, be sure to stick around afterward for the fireworks show. Be ready to fall in love with Rally Monkey, the white-haired capuchin monkey who’s the team’s unofficial mascot — and to grab your own stuffed animal Rally Monkey to wave when it’s rally time. While Brigham Young led Mormon pioneers to Utah, a group of Latter-day Saints answered the call to volunteer for the Mexican-American War. Known as the Mormon Battalion, these men and women traveled through the Southwest and helped develop infrastructure throughout Southern California before rejoining the Saints in Utah. Their story lives on at the Mormon Battalion Historic Site in Old Town San Diego, where you can get a hands-on look at Battalion life. Pan for gold, make bricks, learn Battalion members’ stories — and see if you’re related to any of them. While in Old Town San Diego, dine on delicious Mexican food at one of the many nearby restaurants. 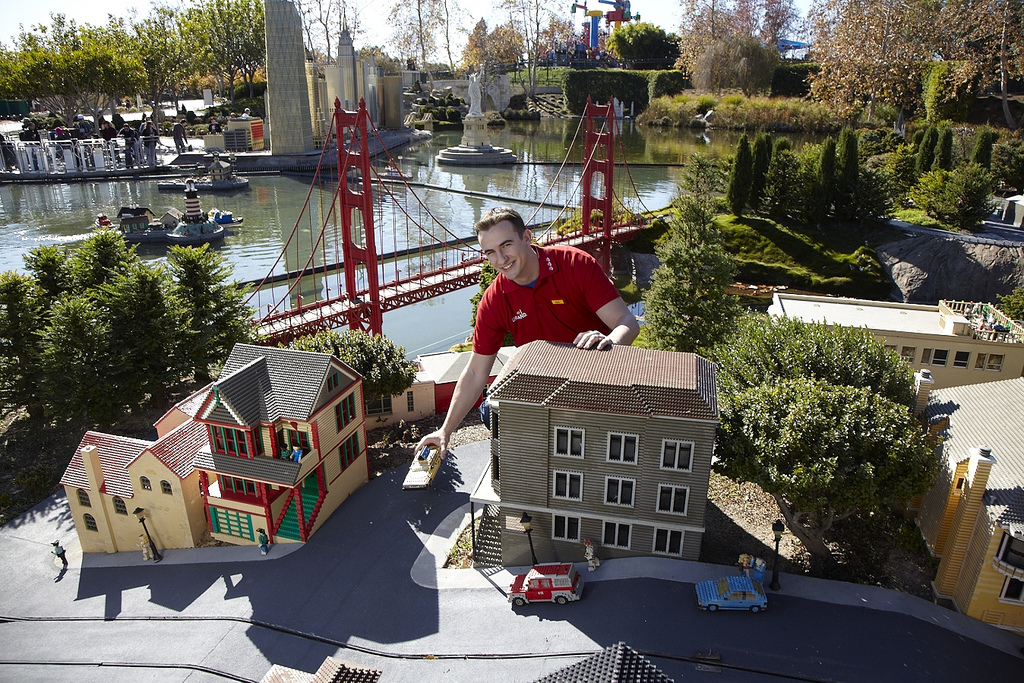 Everything is awesome at LEGOLAND California, a theme park, waterpark and aquarium in Carlsbad that’s made out of more than 60 million LEGO bricks. The resort has more than 60 rides, shows and attractions. Unleash your creativity in one of the Imagination Zone’s many free-play building opportunities. Tour America’s most iconic landmarks on a 1:20 scale in Miniland USA, and beat the heat in the resort’s two water parks. LEGOLAND is best for children aged 10 and under. Older children and teens may prefer seeking thrills at rollercoaster-heavy Knott’s Berry Farm in Buena Park or Six Flags Magic Mountain in Valencia. 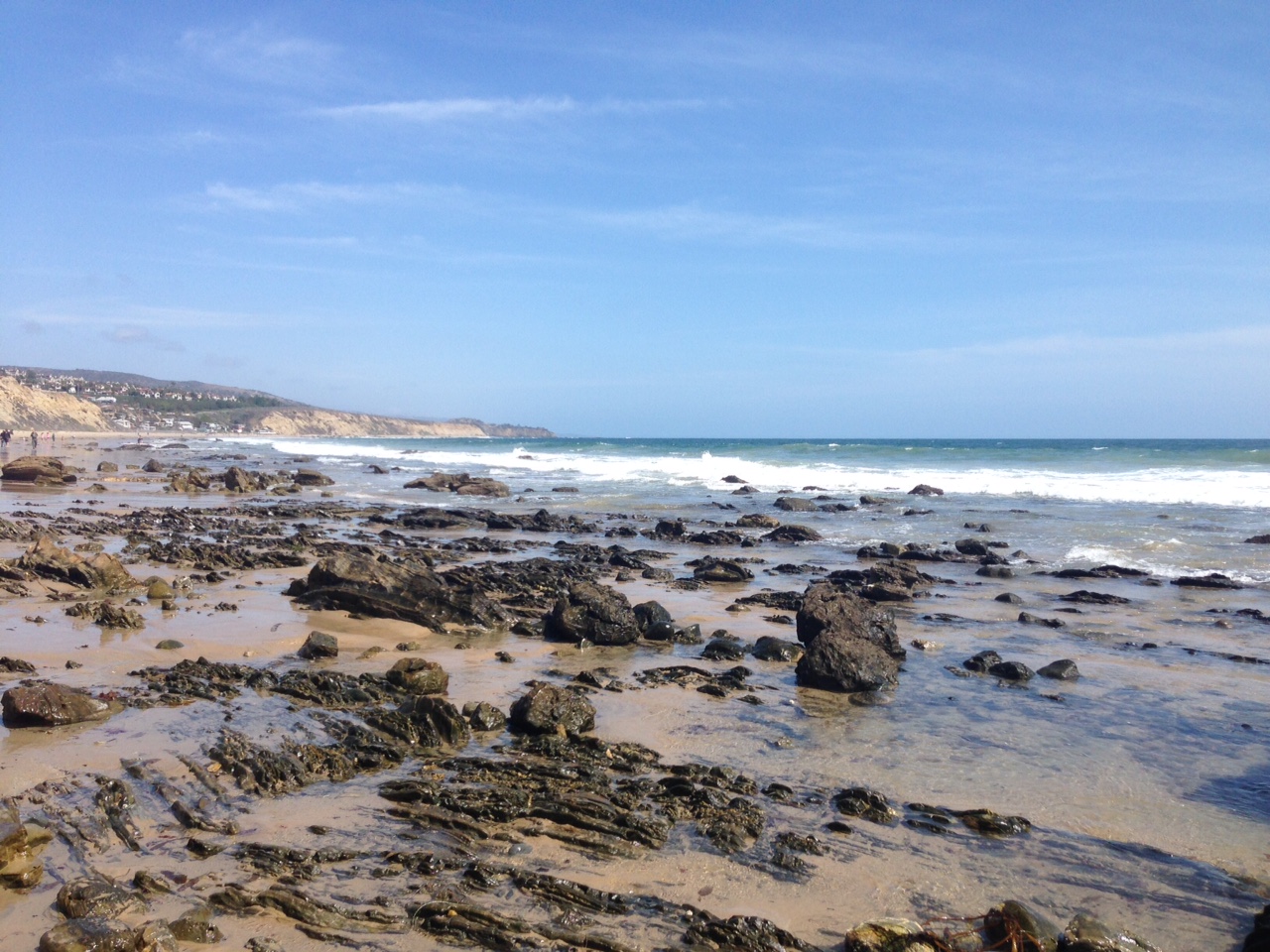 Search for marine life in the nooks and crannies of Crystal Cove State Park’s tide pools in Newport Beach. (Photo by Christa Woodall)

Discover the wonders of marine biology at Crystal Cove State Park, a designated underwater park in Newport Beach with four top-notch tide pool areas. Park at the Los Trancos entrance and take the trail to Pelican Point, a unique rock-and-boulder field filled with mussels, barnacles, sea anemones and limpets. End your exploration with a walk along the beach to the south and a shake at Ruby’s Shake Shack, located on Pacific Coast Highway up the hill from Crystal Cove’s cottages. The date shake is surprisingly delicious. Before you go, be sure to check out information on tide pools from the California Department of Parks and Recreation.

Get hands on with science at the Discovery Cube Guests compete to sort recyclables and divert trash from landfills in Race to Recycle, one of the 100+ interactive exhibits at the Discovery Cube in Santa Ana. (Photo courtesy of Discovery Cube)

Combine education and vacation at the Discovery Cube, a hands-on science museum with more than 100 interactive exhibits in Santa Ana. Experience a simulation rocket launch from inside the Boeing Rocket Lab. Explore the earth like never before in the Planetary Research Station. Indulge your paleontologist dreams with Dino Quest, the world’s first interactive dinosaur adventure. Dive into the Victorian-era world of forensic science with the summer 2015 special International Exhibition of Sherlock Holmes, which details the science and culture behind Dr. Arthur Conan Doyle’s famed detective stories and how the Sherlock craze carries into the 21st Century. 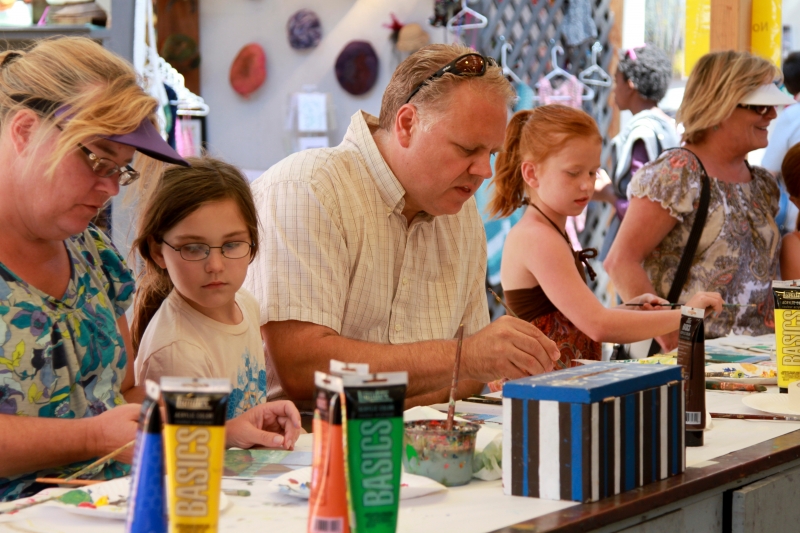 With its breathtaking natural beauty, Laguna Beach inspires artists and art-lovers alike. The tiny town boasts of three summer-long world-class art festivals located within walking distance of one another. See the one-of-a-kind “living pictures” at Festival of the Arts’ Pageant of the Masters. Create your own masterpiece at the Sawdust Art Festival’s free, family-friendly art workshops, which include everything from painting to pottery-making. Walk among the artists at work at Art-A-Fair. When you’ve worked up an appetite from all that creativity, stroll to adjacent downtown Laguna Beach, which is chock full of amazing restaurants to please any palate.

Southern California has too many great attractions to cover them all. Here’s a quick list of more places to explore on your next trip to the Golden State: