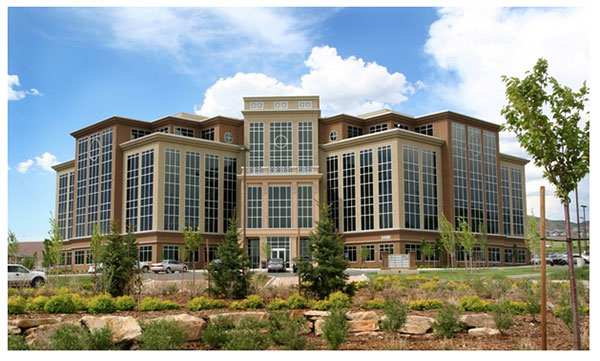 Lehi-based KomBea’s SecureCall system protects your credit card information when you give it over the phone.

You’re on the phone with a call center to reserve a flight or hotel room or buy something. You know you’ll need to give the person on the line your credit card information — and sometimes even your social security number — but you’re nervous about it. Can you trust that the call center agent won’t copy your number and sell it or use it? What about the recording of the call? Who else will listen and potentially have access to your financial and personal data?

If the call center is using Lehi-based KomBea’s SecureCall system, you’ve got nothing to worry about.

“Millions of times a day across the globe consumers audibly give credit card numbers” to people working in call centers, said Art Coombs, KomBea’s president and CEO. “Now that person is visually and audibly exposed to your credit card number.”

With SecureCall instead of giving the agent your information, you enter it on your phone keypad, he said. You don’t get transferred to an automated system, though —  the agent is still on the line and can hear that you’re entering the numbers but doesn’t know specifically what that information is.

[pullquote]”Agents cannot in any way inappropriately use your credit card number, and at the same time it’s not ever stored in a call-recording system.” —Art Coombs, KomBea CEO and president[/pullquote]

“Agents cannot in any way inappropriately use your credit card number, and at the same time it’s not ever stored in a call-recording system,” he said. And somebody listening to the call months or years later won’t have access to any financial data.

Many call centers are moving to other countries, and people in those call centers can significantly increase their income by selling just a few credit card numbers per day, Coombs said. For example, the average agent in India makes between $250 and $400 per month. If that person remembers and writes down the last eight digits of just two cards per day and sells them to an organized crime outfit for $5 to $12 per card, he has doubled his  salary.

“A lot of organized crime is infiltrating offshore call centers, and that’s exactly what they’re doing,” he said.

Then those numbers are sold to someone else and maybe to someone else. Five months later you notice a $500 charge on your card that you know you didn’t make and you have no way of knowing where or how your card was compromised, he said. Or they start out charging small amounts — like $1.50. Most people won’t notice that, so they keep increasing the amounts until eventually you’ll notice and be missing a lot of money.

“It’s a really big problem, and our tool literally eradicates it,” Coombs added.

One of SecureCall’s biggest clients is U.S. Auto Parts. The company started out with a six-month small pilot program of the system but after two months called to cancel it, Coombs said — so it could expand it to all its call center agents. That’s because when a customer got an agent working on the pilot and then called again and got someone who wasn’t, they’d refuse to give their credit card information. Now the company uses SecureCall at its call centers in three or four countries.