Home BusinessQ Magazine A class of their own: 4 college drop-outs talk their degree-defying decisions

A class of their own: 4 college drop-outs talk their degree-defying decisions 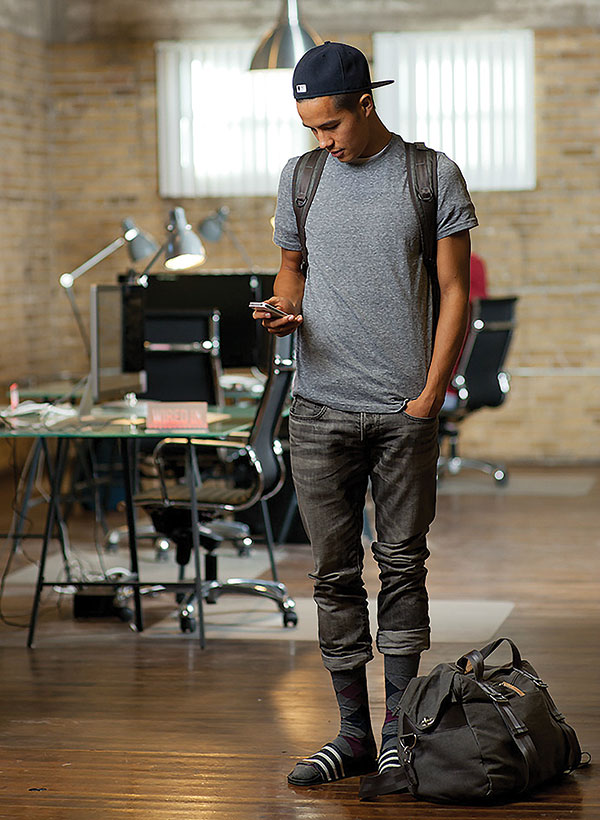 They aren’t your textbook success stories. But these phenomenally successful entrepreneurs need to be studied. Go inside their choice to not give it the old college try.

“I honestly love school, but mostly because I have customized it to meet my needs,” says Gee, founder of the QR code company Scan, Inc. “If I ever finish my degree, it will be by accident.”

Gee quit school after his freshman year when Scan raised a seed round of $1.7 million. He returned his sophomore year to play soccer and then dropped out again when his company moved to San Francisco. He returned his junior year for soccer, but (wait for it) dropped out when his company moved to L.A. And today? He’s back for his senior soccer season (and presumably his farewell college tour).

“For me, everything changed when I learned to care less about a grade and more about an education,” he says.

That meant taking classes on his personal timetable and hand-picking courses and professors to fit his own curriculum.

“Rather than simply taking the classes my major wanted me to take, I carefully picked the best classes from the best professors all over campus. It enabled me to avoid any class or professor that was anything but top notch,” he says. “I am not progressing toward any degree. That’s fine. I have managed to achieve an incredible skillset and education that gives me more confidence than any degree could.”

Confidence that came in handy as a freshman entrepreneur.

“Ninety-nine percent of the time, I was skipping my ‘Financing New Ventures’ class so I could go meet with investors … to finance my new venture,” Gee says.

After raising more than $8 million in funding, Scan’s premier app went on to become the No. 1 paid app in its category. In 2013, Gee pitched his company on ABC’s Shark Tank. And in 2014, he sold Scan to SnapChat for a whopping $54 million. Undoubtedly, it was the entrepreneur’s unconventional path that led to unequivocal success.

“Unfortunately, tooooooo many people accept the path laid out before them without questioning or looking elsewhere,” Gee says. “There are some terrible accountants who hate being accountants who became accountants because an adviser told them to become an accountant. That is devastating.”

Gee’s motto? Learn everything, and then forge your own path.

“School is awesome, so enjoy it while you can,” he says. “The ONLY guarantee is you. A degree will never guarantee a job. Dropping out will never guarantee an entrepreneurial success. But if you spend your time wisely and develop marketable skills and a true education, you will become your own guarantee for a successful future.” 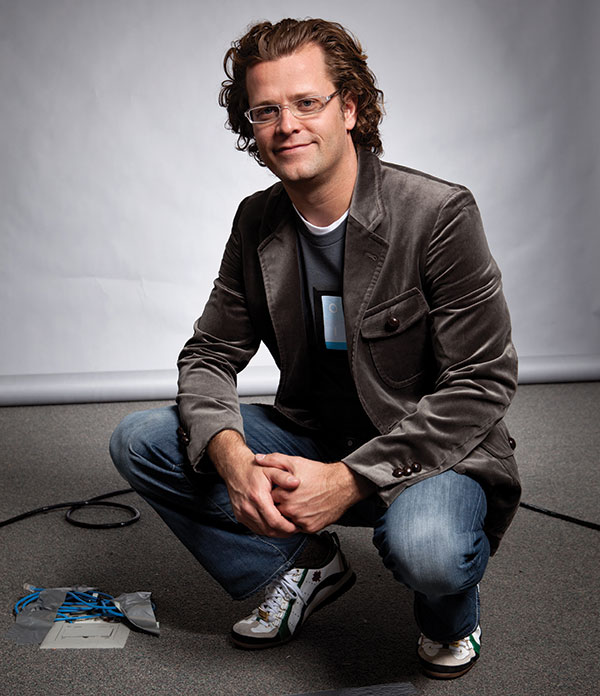 For Josh James, class was money.

“One day I was sitting in class and calculated how much money we could have been making if we were out selling and building more webpages,” James says. “It was difficult sitting in class knowing there was an entire Yellow Pages directory full of prospects.”

James’ focus is legendary. So his lack of focus in school is telling.

“I changed my major seven times trying to figure out my path. I didn’t always make it to class, but I liked school and got good grades,” James says. “I wasn’t that far away from graduating, so to me it just made sense to leave. The clock was ticking. I was ready. It made no sense to hang around for a piece of paper.”

So he wrote his own walking papers — and still walked away with major benefits.

“The only thing I didn’t get from my college experience was the diploma,” James says. “I had been at BYU long enough to get exposure to great teachers, find mentors, build friendships and explore enough subjects to find my passion.”

And therein lies the advice.

“(If you’re thinking about leaving college) make sure you’ve built a network before you leave. Get yourself mentors, advisers and other people who are invested in your success. Those are valuable assets to have in your corner,” James says. “As an entrepreneur, the natural instinct is to get out there and make your mark. College is a unique opportunity to explore your passions and get the experiences that help you pursue them.”

But in the end, there are just some things that can’t be taught. 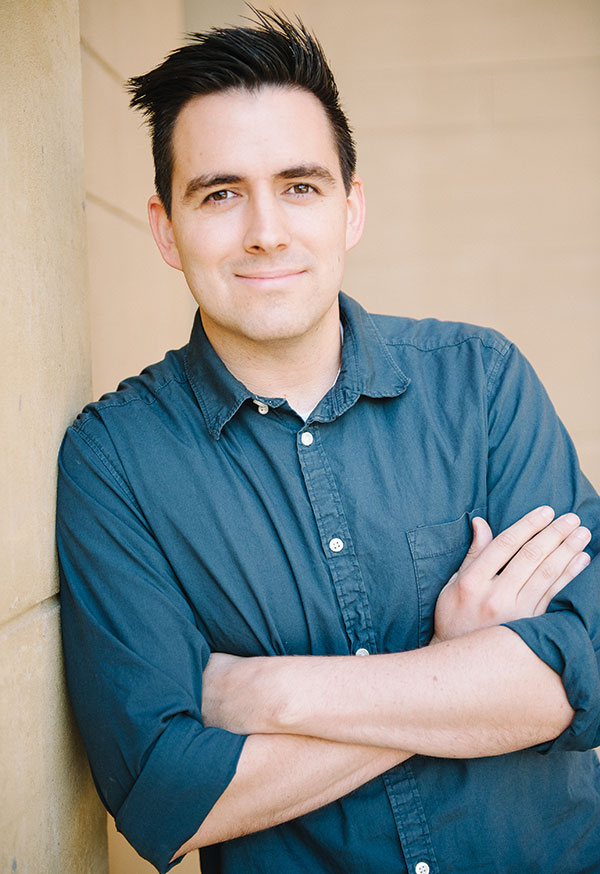 “I went from being a straight-A student in high school to getting Bs and Cs at Princeton. It was a weird transition for me,” says the Provo-grown Hagen. “I just couldn’t get into my textbooks and lectures. I hated writing papers. I didn’t like going to class. But I loved the people. I loved the extracurricular activities. I loved the learning. It was the school part that was holding me back. I couldn’t fly in a cage.”

It was at one such extracurricular — a dance organization called Body Hype — where Hagen met a like-minded entrepreneur. Between shimmies, they started brainstorming and belaboring the inefficiencies of the college admissions process. How cool would it be to create a global community that better connects students with educational opportunities, they thought.

They thought harder. And then they went to work. Hagen left Princeton to start Zinch, an edTech company that turned into an eight-figure-revenue startup that served millions of students and 800-plus colleges and universities worldwide. After six years, Zinch was acquired by Chegg for $45 million.

“The irony is not lost on me that I left school to start a company to help people find the right school,” he laughs.

The reaction Hagen received for being a Princeton drop-out was simple: He’s crazy.

“Princeton is one of the top-ranked universities in the world. In theory, that should set you up for life,” he says. “My soon-to-be mother-in-law thought I was especially crazy. I’m about to marry her daughter and I decide to drop out of college. I think her head was about to explode, which I totally understand.”

But he doesn’t want you to misunderstand.

“I’m a huge believer in learning. Just because I don’t value a degree doesn’t mean I don’t value learning,” he says. “A lack of a degree should not mean a lack of education.”

And that’s a principle he’s carried as CEO.

“As an employer, I value more what people have actually accomplished,” Hagen says. “I’d much rather see people with C grades who did an AMAZING project in their free time than someone who’s getting As and not doing anything interesting.”

But even with his success, Hagen still advocates a traditional school of thought.

“The default is always to stay in school. Build your environment, make connections, meet your potential cofounders. College is a great community, and you only want to abandon it if the opportunity is clear and has momentum.

“There is a survivor bias with college dropouts — you only hear about the Zuckerbergs and the Bill Gates. As many success stories as there are, there are 10 times that many failures. Don’t drop out lightly. Focus on learning — and what that looks like for you.” 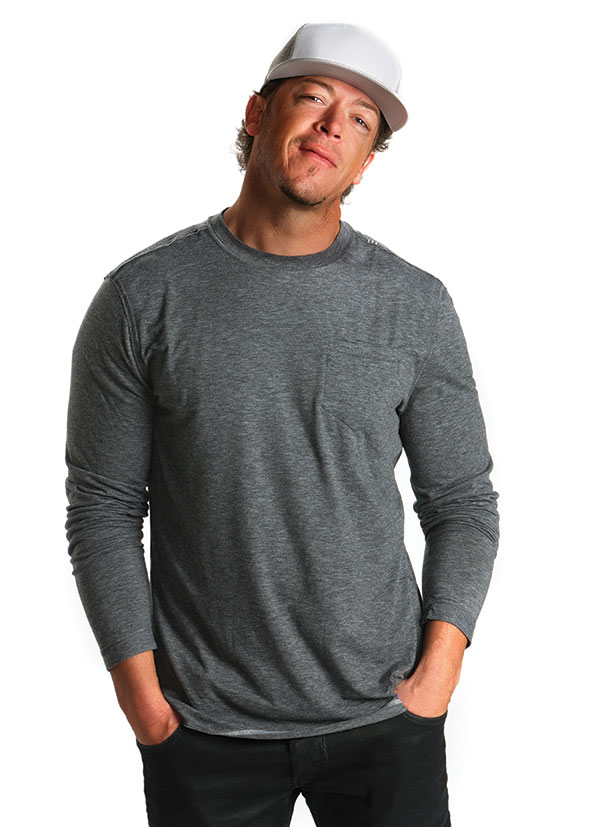 When Todd Pedersen told his parents he was dropping out of BYU, his dad immediately drove down from Idaho Falls to ask him if he was serious.

Pedersen didn’t love school. He was paying for it himself. And he regularly sat in classes, asking himself if he was gaining skills and knowledge that would help him be competitive in business.

The answer? Regularly no.

“My parents were kind of upset,” says Pedersen, founder of Provo-based Vivint, which grossed $550 million in revenue last year. “I told my dad I had an interesting idea for a business. And these are very simple words, but my Dad said to me, ‘First, if you’re going to run a company, you have to provide the best service you possibly can for your customers. Second, you have to treat your employees like gold. And then three, everything else will work itself out.’”

Despite unglamorous beginnings of starting a pest control company out of a trailer and bathing in a swimming pool (as you do), Pedersen has spent the past two decades dominating his industry and having his company acquired for $2 billion (as you do).

Perhaps the biggest lesson? This college drop-out is no quitter.

“If I can do it, anyone can do it,” Pedersen says. “I’m just average. I’m average smart. I’m average at everything — except tenacity and willpower. I don’t know how to quit. Failure is not an option for me. Transition and pivoting? No problem. Change direction? Start over? Innovate? No problem. Quit or fail? I don’t even know what that means. I don’t even like to talk about it.”

Then we’ll quit while we’re ahead.

Q: How can companies support their employees in continuing education?

A: “Companies have a stewardship to help employees grow. Flexible schedules are an easy and affordable way to offer that support. Educational reimbursements are another. And while internal training and education isn’t the typical university education, it is always valuable.”

— Ben Peterson, founder of BambooHR and an Entrepreneur Founder member at the BYU Marriott School

Q: How is technology changing education?

A: In wonderful and frustrating ways. Wonderful because it gives schools a wealth of tools to make the educational process more accessible and relevant. Frustrating because it makes the pace of change difficult to keep up with. To remain relevant, schools like business, technology and computing are under constant pressure to reinvent and reinvigorate their offerings at a pace the accreditation process strains to keep up with.

Q: What are top trends in education?

A:   1. Remote learning (offerings at remote campuses and annexes).

3. Certificate-based education (taking elements of a degree program and creating a certificate of completion for non-matriculated students).

5. Experimental learning (collaborating with the private industry to tailor degrees that incorporate industry training as part of the curriculum).

Q: What should entrepreneurs focus on in their schooling?

A: “Entrepreneurs are sponges for information. Education aids the process, and schools give tools, resources and even prize money to help entrepreneurs gain experience. Learn how to work hard and solve problems — not superficially solve problems, but solve them in a deep way. Think beyond where a typical person would stop.”

A: “Have a solid foundation. The ability to follow through and complete tasks is essential in everyday life an entrepreneur. And get some real work experience in your field. Today’s job market is competitive, and experience will go a long way to enhance your education.”

— Jay Bean, founder of FreshLime in Lehi, and an Entrepreneur Founder member at the BYU Marriott School

Q: What should entrepreneurs focus on in their schooling?

A: “Entrepreneurs are sponges for information. Education aids the process, and schools give tools, resources and even prize money to help entrepreneurs gain experience. Learn how to work hard and solve problems — not superficially solve problems, but solve them in a deep way. Think beyond where a typical person would stop.”

A: “Have a solid foundation. The ability to follow through and complete tasks is essential in everyday life an entrepreneur. And get some real work experience in your field. Today’s job market is competitive, and experience will go a long way to enhance your education.”

— Jay Bean, founder of FreshLime in Lehi, and an Entrepreneur Founder member at the BYU Marriott School

Q: How can the local business community and universities better support each other?

A: “Education is changing, and employers and universities need to adapt with a focus on what’s best for the individual — because that’s ultimately what’s best for the employer and university. As employers, we need to offer internships and find ways to provide students with hands-on opportunities. For universities, facilitating more recruiting would be helpful. Rapidly changing markets and technology advancements make it difficult for curriculum to stay current. Involving local firms in any aspect of student education seems wise.”

The one thing moms should stop doing — comparing Next post