Home News Calling all volunteers: The Candy Bomber needs you

Calling all volunteers: The Candy Bomber needs you 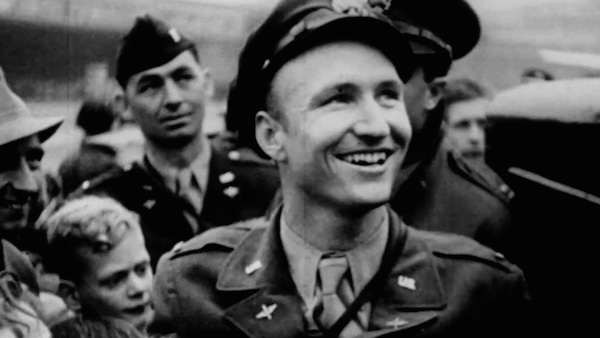 Col. Gail Halvorsen (Ret.), the man known as “the candy bomber” during the Berlin Airlift in the 1940s, is featured in “Meet the Mormons.” Halvorsen will participate in the Freedom Festival on July 3 in Orem.

When Col. Gail Halvorsen, aka The Candy Bomber, flies over Orem’s SCERA Park in a World War II-era bomber on July 3 dropping candy-filled parachutes, it will be the result of a massive volunteer effort. But the organizers still need at least 50 or 60 more people to sign up to help out.

Already, 95 people helped put together the 1,000 candy bars tied to parachutes for the event, said Scott Swain, president of Roots of Freedom.

“We’re just making the last push and have quite a few openings” for volunteers at the Cries of Freedom event, he said.

About 40 people have already committed to help, Swain said. The volunteers are needed to help set up everything for the event and take it down. They’re also needed to help at the event itself — with concessions, the citizenship ceremony and military vehicle display.

What volunteers will get in return for the their help — besides feeling good about helping out in their community — is admission to the VIP event with Halvorsen himself on Wednesday evening. Halvorsen will speak at the event and attendees will get a chance to talk to him as well as receive one of the parachutes (one per family), he said.

After WWII, Halvorsen, now 96, gave up his candy rations and convinced fellow pilots to help him drop candy for kids watching planes deliver supplies beyond the Berlin Wall. As more people learned about what Halvorsen orchestrated, people from across the United States sent candy and more pilots joined in the candy drops.

Halvorsen will speak at 11:30 a.m. on July 3 during the citizenship swearing-in ceremony and the candy drop will be at 4 p.m. behind SCERA Elementary School. He’ll be flying a WWII Harpoon Lockheed PV2 Bomber, escorted by two T-6 Texans, also WWII-era planes. Children ages 6 to 12 will be able to run onto the field after the candy drop.

Swain is expecting 20,000 people at the Friday event, a sharp contrast to the 8,000 or so who usually attend the three-day Freedom Festival event. “This is the true spirit of the Fourth of July.”

For more information about the three-day event, go to the Cries of Freedom website, and to volunteer, click here.

The one thing moms should stop doing — comparing Previous post