The one thing moms should stop doing — comparing 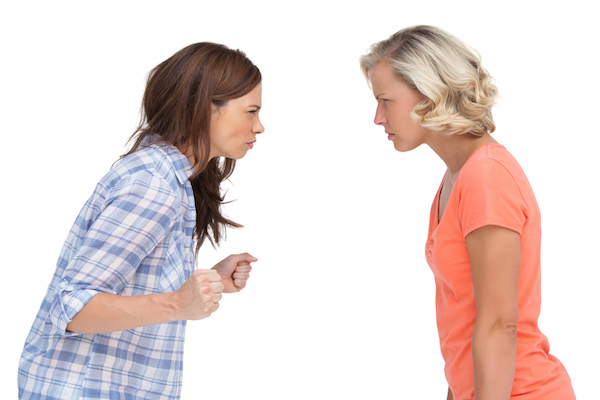 Comparison is at the heart of the “Mommy Wars” that are so prevalent in our society. Here, relationship expert Dr. Julie de Azevedo Hanks shares some tips on how to stay out of the fight.

Mothers juggle a lot of things — keeping children dressed, fed and healthy and raising them to be respectable members of society while somehow also caring for their own physical and emotional needs. But juggling motherhood would be a whole lot simpler and more enjoyable if mothers would stop doing one thing: comparing.

We went to a local expert on the topic for tips — Julie de Azevedo Hanks, Ph.D, LCSW. Dr. Hanks is a licensed therapist, owner and director at Wasatch Family Therapy with more than 20 years experience counseling Latter-day Saint women and families. She is also the author of “The Burnout Cure” and emotional health contributor for KSL’s Studio 5.

“According to the research of Dr. Riane Eisler’s, the US tends to be organized around a system of hierarchical ranking and domination,” Dr. Hanks said. “In dominator societies, self-worth and value are based on where we fall in the hierarchy. That is, in comparison to others. Another hallmark of dominator societies is the devaluation of characteristics and behaviors associated with femininity. So, from a systemic point of view, we are all taught early on that women’s contributions aren’t as valuable as men’s contributions. The fundamental way we organize sets women up to be endlessly trying to prove their worth through comparison and ranking higher than other women. At the other end of the continuum is a partnership society, based on linking and connecting instead of hierarchical ranking.”

Dr. Hanks uses the image of a ladder to illustrate this competition and comparison aspect of American society.

[pullquote]”When you view yourself and others as being on a field instead of a ladder, the need for comparison disappears and you can learn from other women’s strengths because your value isn’t threatened.” —Dr. Julie de Azevedo Hanks, Ph.D, LCSW[/pullquote]

“To rank higher, you need to be on a higher rung, above others,” Hanks said. “Researcher Brené Brown calls this ‘perceived scarcity’ — the belief that there aren’t enough good things to go around and that we are fundamentally not enough and unworthy of love. It is counterproductive for women to compare themselves to others because it is never a positive outcome. Either you evaluate yourself as being a better than another woman, which breeds pride, or less than someone else, which breeds self-contempt. This is part of the ‘I’m never good enough’ experience of many women. There are other options! When you view yourself and others as being on a field instead of a ladder, the need for comparison disappears and you can learn from other women’s strengths because your value isn’t threatened.”

Here are some common areas in which women and mothers compare themselves to others and Dr. Hanks’ tips to stop:

“Women are taught that their performance as a mother is essential to the well-being of their child,” Dr. Hanks said. “Since we live in a ‘ladder culture,’ women interpret that message as, ‘to be a good mother I must be better than other women.’ To stop comparing, it can help to visualize yourself and the other parents you know as standing on a field, trying to figure out how to best parent their unique children. Each parent and child is unique and valuable.”

“I find it so odd that we value diversity and difference in nature, in the arts and most areas of life, except bodies,” Dr. Hanks said. “I love taking pictures of beautiful skyscapes, clouds and sunsets not because today was identical to the cloud formations from yesterday, but because they are different. Underlying all of this is the need to be close to and accepted by other people.”

“How others look, dress or wear their hair is irrelevant,” Dr. Hanks said. “At the core of comparison is the fear that we will not be accepted or loved and that we will be left out of the group. Although we’d like to believe that we don’t need connection with others, we literally need relationships for our physical survival. Isolation is a universal form of torture, and researchers are now finding that social exclusion triggers the same brain regions associated with physical pain.”

Dr. Hanks said that once we become aware of and let go of the ranking mentality, we can become free to celebrate both our own successes and the successes of others.

“It is not your actual achievements or the achievements of others that matter, it’s the stories we tell ourselves about the achievements — the meaning we make of the facts,” Dr. Hanks said. “For example, say your neighbor just finished a marathon in record time. You could say, ‘I’m such a lazy bum. I should probably start running. Wow. I could never do that. She’s amazing and so motivated. What’s wrong with me?’ Or you could say, ‘That is an amazing accomplishment. She must have worked hard for a long time to achieve that goal. I love seeing people do what they love and find success!’ In the first example, you make your neighbor’s accomplishment mean something about you and your worth, which leads to comparison and negative self-evaluations. In the second scenario, no meaning is given to the event other than celebrating with the neighbor. Someone else’s accomplishment means absolutely nothing about you.

Dr. Hanks says women often link their own worth as a mother to their child’s behavior.

“I think women overestimate the impact they have on their children and underestimate the power of genetics, biology, the child’s choices and the child’s relationship with their father and siblings, teachers and friends. Determining your self-worth as a mother because of your child’s behavior or how he or she turns out as adults gives your child the ultimate power to destroy your self-worth.

If you can see other mothers as resources to learn from instead of as threats to your self-worth, you can stop comparing their children to yours. All women have different life experiences, talents and strengths. All children have different challenges, gifts and struggles. Women can be your biggest allies when it comes to parenting challenges once you move past linking your worth to your child’s behavior.

6. Stop comparing your diet and what you feed (or don’t feed) your family

I recently heard a fantastic quote from Amy Pohler’s book “Yes, Please.” The quote is ‘Good for her! Not for me.’ She suggests that every woman take this on as a mantra, and I wholeheartedly agree.

Although we all want to put our best selves forward on social media, Dr. Hanks says it’s important to remember that online “life” is a polished version of real life.

“It’s like a perpetual first date where people are accentuating the positive and diminishing what they perceive as negative,” Dr. Hanks said. “In my own social media world, I’ve noticed that the more authentic the post, photo or story, the more engaged people seem to be. We are craving authenticity. My motto is ‘connection over perfection!’ Ultimately, we are motivated to be close to others, to be loved and to be accepted. Who wants to be close to a perfect person? We all know that perfect humans don’t actually exist.”

For more insights from Dr. Hanks on how to deal with comparison among women, check out this Studio 5 segment.

A class of their own: 4 college drop-outs talk their degree-defying decisions Previous post

Calling all volunteers: The Candy Bomber needs you Next post