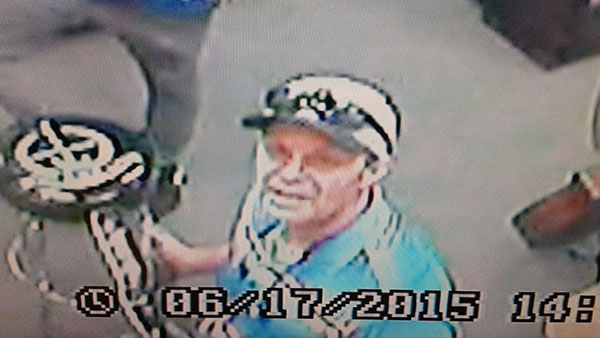 Orem police are searching for a man who reportedly took musical instruments from a business in that city. If you recognize the man in the photos, call police at (801) 229-7070. (Photo courtesy Orem police)

An Orem man filed a report about attempted blackmail on Wednesday. Police say he’d sent racy photos and videos of himself to a woman out of the area via Skype and she now wanted money from him, or would send the photos and videos to his family and friends. Police advise residents not to send photos and videos to people you don’t really know, especially not racy ones.

A Pleasant Grove man who shot and killed a man trying to break into his home won’t be charged with any crime. Prosecutors announced this week that the man’s actions were justified.

On May 3, the man shot 24-year-old Christian Chichia. According to police, Chichia first pounded on the man’s door, then climbed up a balcony and tried to force his way inside. The man then shot Chichia.

Chichia lived in the same townhouse complex, and police say he may have been intoxicated and confused about where he lived. Chichia was taken to a hospital, where he died.

Orem police are using Facebook to find a man who reportedly took musical instruments from a business in that city. If you recognize the man in the photos, call police at (801) 229-7070.

Lehi police arrested Richard Taylor on Tuesday on charges that he’d written bad checks at Cabela’s, totaling $2,500. The checks were reportedly written on a closed account that had belonged to his dead father.

Lehi police arrested a woman on Sunday, accused of stealing money from the Maverik gas station where she worked.

Police say Chris Burningham had been taking money while she worked and took change out of the safe. She was booked into the Utah County Jail on 12 charges of theft.