Home Sports BYU Should I stay or should I go: A definitive guide to BYU football’s road schedule

Should I stay or should I go: A definitive guide to BYU football’s road schedule

Earlier this year the above video — which mocks BYU’s home schedule — made the rounds on social media. Outside of a September contest against Boise State, it’s hard to argue that the Cougars’ home schedule is filled with a murderers’ row of the college football elite.

But when taken as a whole, BYU’s schedule is a daunting challenge that gives Cougar fans across the nation a chance to see BYU play some of the top programs in the country. If there was ever a year that called for attending a road game, this is the year.

The question that I’ve been asking myself since the schedule was finalized (and I haven’t decided on an answer yet) is to which away game should I travel? Below I list the pros and cons of traveling to each game. From the game I’m least likely to attend to my top pick, here is my final unscientific rankings of which games you should travel to.

Pros: If your goal is to witness a victory, this game might be your best bet.

Cons: That being said, the last time the Cougars traveled to Spartan Stadium, they left with their proverbial tails between their legs, reminding Cougar fans that there are no guarantees in life.

Should I stay or should I go? This is one that probably can be best enjoyed from the comforts of home. So unless you live nearby or didn’t make it to the Bay Area when the Cougars faced Cal last year or San Jose State in 2012, you probably can sit this one out. 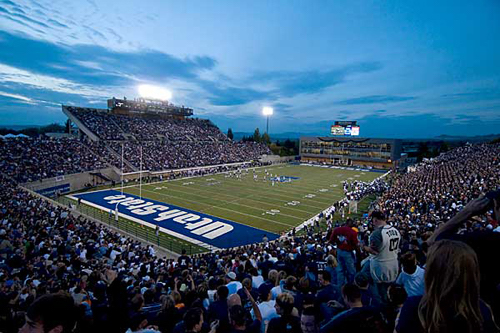 Pros: As the old saying goes, “Revenge is a dish best served cold,” and it should be cold in Logan the Saturday after Thanksgiving, but the real question is will the Cougars be able to exact revenge not only for last season’s loss in Provo, but also for ending Taysom Hill’s season for the second time in three years.

Should I stay or should I go? This is one you should probably play by ear. If the Cougars have survived the brutal stretch of the schedule in September in tact, it might be worth risking the drive up Sardine Canyon to watch the game. If not, you might be better off eating a leftover turkey sandwich and thinking about what might have been.

Pros: You probably can’t tell by looking at my picture at the bottom of this article, but I have a body made by barbecue, and my favorite type of BBQ is the sweet and saucy variety that’s a specialty in Kansas City. So needless to say having the opportunity to pair a BYU football game with a Kansas City barbecue tour is the stuff dreams are made of for me. Add to that the fact that the Cougars will be playing in another NFL stadium, and I don’t know why I wouldn’t make this my go-to road trip for the season.

Cons: That’s when I remember the game will be in Kansas City in the middle of November where it can get a little cold.

Should I stay or should I go? If you love BBQ or want to see BYU play an SEC team in an NFL stadium, make the trip. Otherwise stay warm and watch it on your big screen. 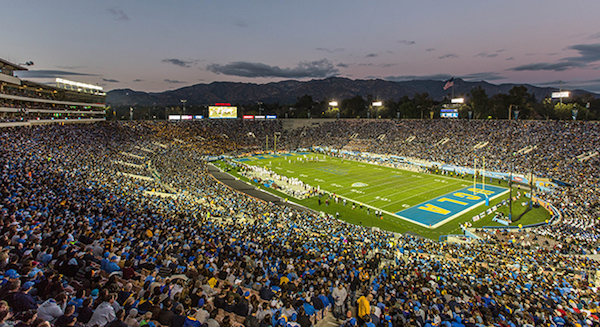 Cons: Traffic! I attended the game at UCLA in 2007 and it was the worst traffic I have experienced leaving a game since the 1996 WAC Championship game at Sam Boyd Stadium. Maybe it had something to do with the fact that we lost, but LA traffic definitely is no joke. So if you go, be sure to get some inside tips on parking from a local.

Should I stay or should I go? If you’re looking to shoehorn a family getaway into your road trip, this game is probably your best bet. Unless you don’t want to fight through a crowd of large Utah families headed to Disneyland that weekend. 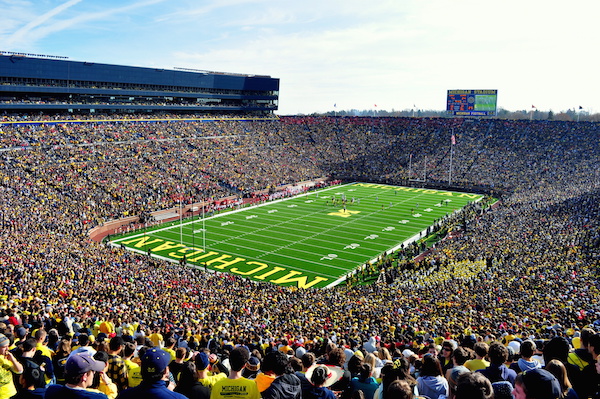 Pros: I’ve got three words for you: The Big House! That’s all you need to know about this one. Michigan Stadium is one of the most historically significant venues in all of college football. To be able to say that you were at the Big House when BYU defeated one of the storied programs in college football history would be priceless. Just ask your Ute friend who probably hasn’t stopped talking about it since the Utes went into Michigan Stadium and defeated the Wolverines, not once but twice. On second thought, don’t go talk to your Ute friend about this.

Cons: There isn’t much downside I can see going to this game, other than flying to Detroit. I admittedly know very little about Detroit, but it seems to get a bad rap in the media and in the movie “8 Mile.”

Should I stay or should I go? Other than Nebraska, this is the game that should be penciled in as a must-see in person. The Wolverines are ranked in the preseason Top 25 in some polls and will be breaking in Michigan legend Jim Harbaugh as their new head coach. 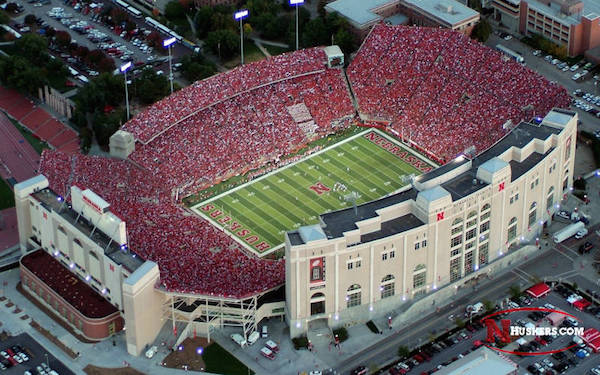 Pros: Nebraska is one of the blue bloods of college football. The Huskers have won five national championships under legendary coaches Bob Devaney and Tom Osborne. Nebraska will be playing its first game under head coach Mike Riley, who is coming to the Huskers from Oregon State. Bronco Mendenhall has had success against Riley-coached teams, posting a 2–1 record against the Beavers, including a 44–20 shellacking in the 2009 Las Vegas Bowl.

Cons: When Brigham Young and the Mormon pioneers were preparing to head west they camped at Winter Quarters, which is now in North Omaha. The prophet BYU is named after didn’t see a reason to stay in the Cornhusker State then, and outside of a museum exhibit about Kool-Aid and the world’s largest ball of stamps, there’s not much there to draw you to the state.

Should I stay or should I go? There’s no question about it. If there’s only one away game you can go to, this should be it. There’s something exciting and special about the first game of the season. Every team is undefeated and has the hopes of staying that way. It’s also one of the many chances the Cougars have this season to prove that they should have a seat at the adult table with the other P5 schools.

Provo will survey residents about RAP tax, how money should be spent Previous post