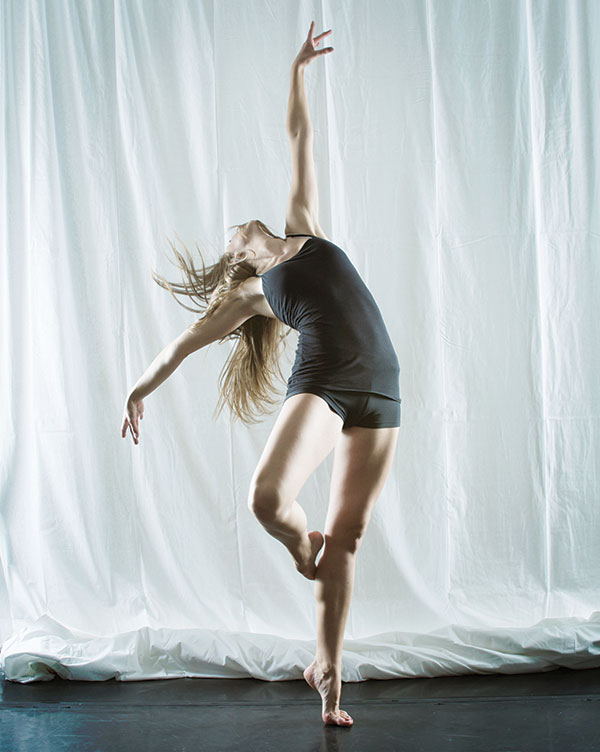 Tyne Crockett (pictured) and Karen Jensen were brought together by their love for dance and passion for filmmaking. In July, they are hosting a 24-hour film competition featuring the incredible possibilities of human movement. (Photo by Twisted Label Photography)

Karen Jensen became captivated by the possibilities of cinematography combined with choreography, so this BYU dance grad began creating her own short films. Tyne Crockett, a student at UVU majoring in modern dance, worked at a studio with Karen, and she, too, caught the filmmaking bug.

Together, these two Utah moms — brought together by a mutual passion for dance and creativity — founded the Utah Dance Film Festival in 2013. The April 2015 festival totaled 36 films from around the world, including Hungary, Spain, Brazil and Canada.

“It’s a passion of ours to open the world up to all artists,” Karen says. “This competition is designed to encourage artists who specialize in any medium to meet, collaborate, and produce something spectacular together.”

The contest’s goal is to showcase the possibilities of human movement and physical achievement. Any subject is welcome — from a hot dog eating contest to extreme sports. All Tyne and Karen are asking is that participants turn on a camera to capture the magic.

Contestants participating in the MOVE competition create their films on July 17 and turn them in by 9 a.m. on July 18. The films will be shown throughout the day at Guru’s Cafe in Provo, with the winning films shown at a special screening that evening in downtown Provo. Winning films will also be showcased in next year’s Utah Dance Film Festival.