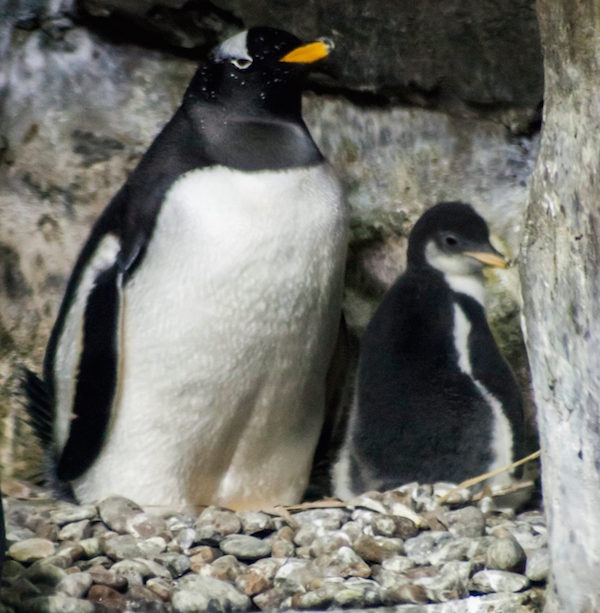 DRAPER — Four small, fluffy and nameless baby Gentoo Penguins have taken over the nest at the Loveland Living Planet Aquarium in Draper — and now the aquarium wants the public’s help in naming the chicks.

“It is super special to have the baby penguins, especially as the penguins are one of our favorite exhibits,” said Suzy Broadbent, director of public relations and marketing at the aquarium.

On its Facebook page, the aquarium is inviting people to submit name suggestions for the chicks, which more chicks may be on their way. They have already received over 400 submissions.

“There is lots of enthusiasm. A large variety of names,” Broadbent said. “It won’t be easy to narrow it down. We’ll choose the top five on July 31 and have Facebook fans vote on what they like the best.”

The winners whose names are chosen for the chicks get to be part of the aquarium’s history with a plaque in the penguin exhibit.

Before naming the chicks, Broadbent recommends people get to the aquarium to see the chicks because the are growing fast.

“By day 15, the chicks are too big to sit under their parents,” Broadbent said.

Penguins grow at a much faster rate than humans; they are full grown by the time they are 60 days old. Every week the chicks double in size.

On June 10, the first of the chicks was born to Sampson and Fria, making it nearly five weeks old. The most recent chick hatched on June 30, making it two weeks old.

If you can’t get to the aquarium, you can watch the penguins on the Penguin Cam all-day long with live video footage here.

Watch the video of the first chick hatching below.