Home Things To Do Events Get the trash out: Volunteers needed on Provo River Aug. 1

Get the trash out: Volunteers needed on Provo River Aug. 1 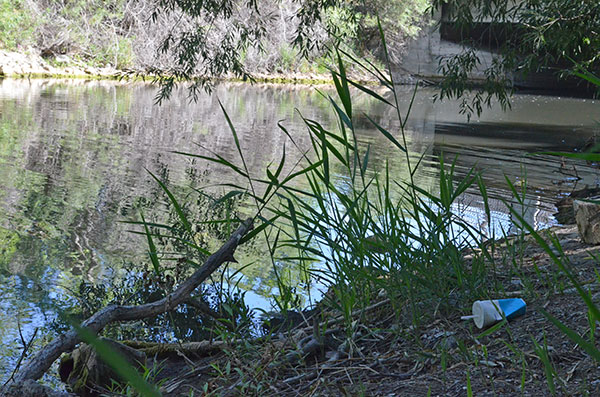 On Aug. 1, a group in Provo will walk (and kayak) the Provo River to clean up the trash in and along the river. (Photo by Rebecca Lane)

Last month Ryley Kennard and her father decided to go kayaking on Provo River between Geneva Road and Utah Lake — an area where the water moves slow enough that you can paddle up or down stream. But when they got in the water, she noticed tons of trash lining the river bed.

“It was awful just to see how much trash had collected in this gorgeous area,” she said. “It could be way more utilized but it’s just trashed.”

So Kennard decided to do something about it. She’s organized a cleanup effort for that area of the river for Aug. 1, starting at 8 a.m. Volunteers are meeting on west Center Street and North Boat Harbor Road. In addition to volunteers, Kennard is looking for canoes. If you have one you’d like to volunteer, call her at (385) 335-2782.

She’s hoping for about 100 volunteers. Some will be on the river in canoes, kayaks or paddle boards gathering the trash in the water, and then they’ll put it up on shore for more volunteers to collect and bag. Then a vehicle will drive along the trail and pick up the gathered garbage.

“It sounds like a lot of people are on board,” Kennard said. A group of local Realtors will be helping out too.

And it’s not just trash that volunteers will see. This section of the river boasts heron, Canada geese and ducks as well as muskrat and beavers, according to Provo Mayor John Curtis’s blog.

The immediate goal is to get the trash out and the river cleaned up, but over time Kennard would like to see it better maintained and used more. She’s also talked to city officials about getting garbage cans along the trail or in the parking lots, but that’s something to accomplish in the future.