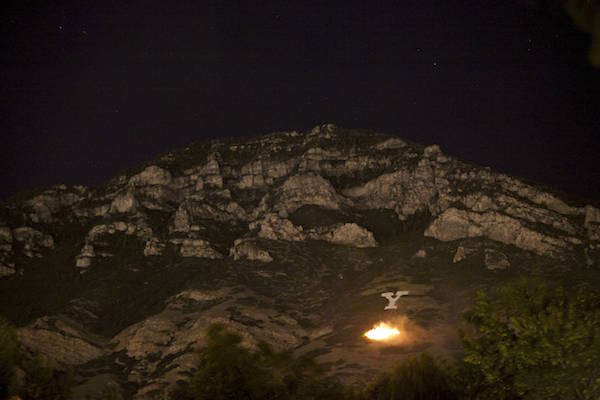 Provo police have ticketed a person with starting a fire on Y Mountain late Tuesday night with a Chinese lantern. Fire crews had the blaze contained and the Y trail was back open by Wednesday night.

The person who started the fire will pay at least $500 and may have to pay for putting out the fire, which included Provo firefighters, a Forest Service crew and helicopter. Read more here.

A Utah County mother and son each will spend a year on probation and each pay a fine of $623 after pleading no contest on Tuesday to cruelty to an animal, a class B misdemeanor. The judge ordered that while they’re on probation, Trudy Childs, 61, and Rory Childs, 33, have no similar offenses, not have any contact with animals and notify the court as to who will be caring for their animals during their probation.

Prosecutors originally charged the pair with 20 counts each of cruelty to an animal, after officers found dead, starving and dying horses on their property.

Lone Peak police are investigating vehicle burglaries in Highland that happened this week in the Dry Creek subdivision, near 6000 West and 11400 North, and in the Beacon Hills area, 11900 North and 5900 West.

In addition to the burglaries, a vehicle was stolen out of a garage. Police want to remind everyone to keep valuables out of vehicles and cars, houses and garages locked. If you have any information about the burglaries, call Lone Peak police at (801) 756-9800.

A woman in Oregon has been charged with trying to have her ex-husband in Saratoga Springs killed.

Pamela Jean Gygi was arrested earlier this month. Police say she tried to hire a man to kill her ex, but instead he alerted the Saratoga Springs man.

Now it’s been more than three months since Elizabeth Elena Laguna Salgado was last seen, and her family and police are still looking for any trace of the missing woman.

Salgado, 26, went missing on April 16. She was last seen walking home from her school, Nomen Global Language School in Provo, at around 2 p.m. that day. Her cell phone hasn’t been used, she hasn’t logged into social media accounts and there’s been no activity on her financial accounts since she was last seen. There’s a $15,000 reward for information leading to her whereabouts.

Anyone with information is asked to contact the Provo Police Department at (801) 852-6210.

Get the trash out: Volunteers needed on Provo River Aug. 1 Next post