The first 100 years are the hardest: Alpine School District turns 100 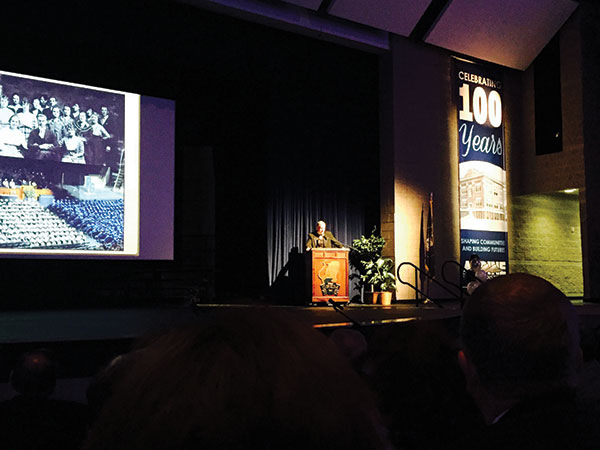 Alpine School District celebrated 100 years as a district in 2015.

In 1915, the Alpine School District launched with less than 5,000 students and 22 schools. A century later, Utah’s largest school district has climbed to nearly 74,000 students with 82 schools.

“What Alpine School District has done for our community and for our state is immeasurable,” says outgoing superintendent Vern Henshaw. “We have educated the state’s leaders and helped build the communities we all love.”

In between the century marks, the district has dotted its timeline by adding bus service in the 1920s, adding a district dentist in the 1930s, closing schools for polio in the 1940s, adding special education in the 1960s, Spanish immersion in the 1970s, and the STARS summer reading program in the 1990s.

To celebrate the century mark, Alpine School District held a gala in April and is planning an all-employee celebration on August 17 at the UCCU Center.

In addition, the Alpine School District has celebrated by marching in 11 city festival parades this summer throughout the district’s geographic area (from Orem to the Point of the Mountain).

A commemorative yearbook portrays 100 years of memories and was authored by former superintendents and other notable writers and long-time friends of the district, including Steven Baugh, Colleen Bennett, John Patten, Sharon Black and Gary Seastrand.

For more information on the 100-year celebration, visit alpineschools.org

How to make peace with the mirror Next post