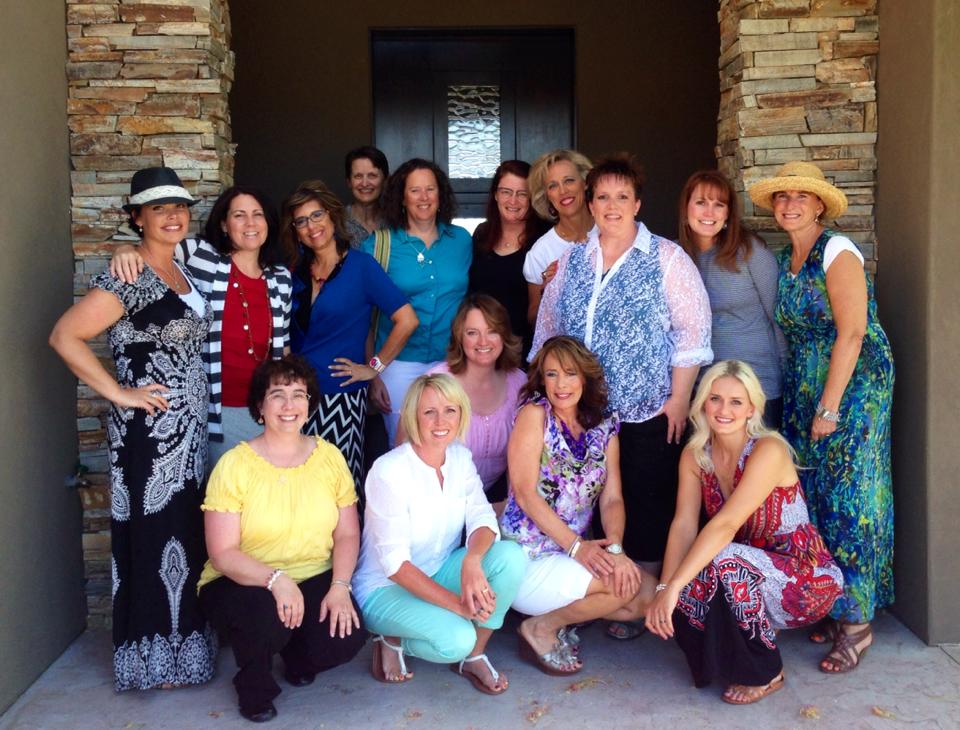 The Mama Dragons are a group of LDS women who offer support for others navigating the waters of LGBT issues within their families and communities.

Like many other Mormon mothers in Utah County, Yvett Zobel is in the middle of a journey she never expected to take.

“I never dreamed I’d be where I am now,” said Zobel, a Highland mom of four. “This journey of having a gay son has been a huge blessing and adventure.”

After her 19-year-old son came out to her, Zobel found herself poring over information in an effort to reconcile the LDS Church’s teachings with her son’s pain.

“We’re taught that homosexuality is evil and bad,” Zobel said. “And I had my foot in two arenas. I was wanting to cling to the Church and the idea that if you are faithful your family will be with you forever, but the Church’s stance on this issue was extremely discouraging. My other sensibility was telling me to look at these instances of young (gay) men who are returned missionaries and are taking their lives.”

Zobel had moments where she thought all her “Mormon dreams” for her son — a mission and temple marriage — were possible. But as she dug deeper she realized the serious repercussions gay youth were experiencing when their families expected them to stick to the Church’s plan. Zobel’s research had shown her that LGBT youth are much more likely than others to attempt suicide — LGBT kids who “experienced high levels of rejection were nearly 8.5 times more likely to have attempted suicide” than their heterosexual peers, according to research by the Adolescent Health Initiatives at the Cesar Chavez Institute at San Francisco State University — especially when they experience any form of family rejection.

[pullquote]“I looked into my son’s eyes, and I remember seeing such pain. And in that moment I said to myself, ‘A gay son is better than a dead son.’” —Yvett Zobel, Mama Dragons member[/pullquote]

“I looked into my son’s eyes, and I remember seeing such pain,” Zobel said. “And in that moment I said to myself, ‘A gay son is better than a dead son.’ I made a conscious shift and I never looked back. Once I knew that was my reality, I was at peace with the thought, ‘Be alive and be my son.’ Love is my default mode. Love is my religion.”

As Zobel sought support and friendship from women in similar situations, she stumbled upon a small group of mothers who communicated online. On a private message board they asked each other questions, shared their struggles and found a place to be authentic about their pains and heartaches. One woman told the group she felt like the title “mama bear” wasn’t quite fierce enough. She suggested they were all more like “mama dragons,” prepared to breathe fire on anyone who might challenge their children or try to hurt them. And the name stuck.

The group’s “official” beginnings took the form of a Facebook group designed as a space of support for women navigating the waters of LBGT issues within their families or communities.

Now, the Mama Dragons are a group of action. Last year they helped open a youth shelter in Ogden for homeless kids (many homeless youth are LGBT). They raised funds for college tuition for a young man whose family turned him away after he announced he was gay. They have attended funerals to support Mormon mothers who have lost a gay child to suicide. And they create space in their homes for LGBT children, youth and young adults whose families shun them.

And while none of these women would say her journey has been painless or easy, many of them said they do feel grateful for the opportunity to share messages of tolerance and love with neighbors, friends and members of their LDS congregations.

Pam Weymann, a Saratoga Springs mother of a gay son, is one such Mama Dragon who feels called to support others and provide awareness.

“My husband and I have worked with so many families trying to reconcile the irreconcilable,” Weymann said. “I’ve seen the pain it causes so many. Our son thought everything through, asking, ‘How can I fit into the Proclamation, how can I be left out of the temple for being who I am?’ It just didn’t work. I think the most important thing is for people to remember that these kids are the same kids we had before they were gay. They continue to be our precious children, and what a gift it has been to be parents. This journey can be very challenging. Christ handled all things with love. It’s the first commandment, and love trumps all. It’s not easy in a religion or society that is still trying to understand all this. But if you turn to that love of Christ, it should bring us together.”

Zobel said she hopes people in her community will soften their stance and consider that certain actions and beliefs might be harmful and dangerous to LGBT youth and young adults.

“I hope people can go back to what religion is built on,” Zobel said. “The gospel of Jesus Christ is built on love. Don’t judge. Just love. There is room at the table of Christ for everyone. There has to be. That message will not only make lives easier for kids coming out in faithful Mormon households; that message will save lives.”

UPDATE: The statistics on teen suicide were updated to reflect more recent research on Wednesday, July 29 at 10 a.m.

Discover your pioneer heritage with this tool Previous post