Home Things To Do Events Get on the wagon: Utah County celebrates Pioneer Day

Get on the wagon: Utah County celebrates Pioneer Day 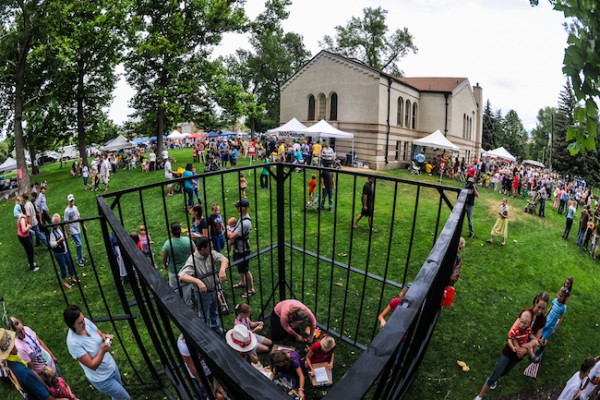 Cedar Fort
This small town celebrates its heritage every year during the week of Pioneer Day, culminating with a chuck wagon breakfast, parade, carnival, kids rodeo and dance on Friday. The breakfast and dance are held at the town park; the kids rodeo is at the town’s rodeo grounds. Admission to the rodeo is $5.

If you want to start celebrating the holiday (and cool off) a bit early, the town-wide water fight is all day on Thursday. Anyone on the street is fair game, so don’t wander around Cedar Fort unless you want to get wet. And don’t forget your super soaker.

Lehi
In the past, Lehi has celebrated Pioneer Day with a foam party. But this year it’s doing something different — a resident appreciation carnival as a way to thank residents for conserving water this summer. The carnival will be in the Legacy Center parking lot, 123 N. Center St., from 2-10 p.m. on Friday and 12-10 p.m. on Saturday. If you’re a Lehi resident, you can get 10 free rides with a coupon from your July newsletter. (If you don’t use your coupon, it can be used toward the purchase of a Seven Peaks Pass of All Passes.) There also will be music, giveaways, a boutique and food vendors.

Mapleton
Mapleton starts its July 24th holiday early, with a flag ceremony at Mapleton City Park, on East Maple Street, at 6:30 a.m., followed by a 5K and 1-mile fun run and breakfast. Then comes the parade at 9 a.m. — there will be antique cars carrying military veterans and floats made by ward primaries as well as the usual parade entries.

From 10 a.m. to 2 p.m. there are games in the park, pioneer games and tours of pioneer homes, hosted by the Daughters of Utah Pioneers, and entertainment at the gazebo.

Evening activities are at Ira Allan Park, 1728 S. 800 West, including dinner, a helicopter ping-pong drop, skydivers, a concert featuring No Limits and ending with fireworks around 10 p.m. Organizers say the show rivals the Stadium of Fire display.

Provo
The Provo South Stake is hosting its annual Temple to Temple 5K run/walk at 8 a.m. on Friday, to honor pioneer ancestors (and help you burn some calories before you dig into Pioneer Day pies and hit barbecues.) You can run for free, pay $8 to get a T-shirt or $12 to get a race chip. Organizers are asking participants to each bring one can of food for the food bank. 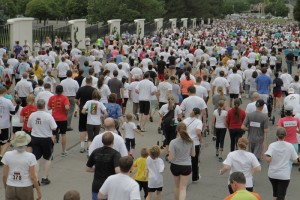 The race starts at the Provo Temple, 2200 Temple Hill Drive, and ends at the under-construction Provo City Center Temple, at Center Street and University Avenue. They’re hoping for 20,000 participants this year, so even if you’re not running be prepared for traffic disruptions.

A little later, Provo is hosting a Pioneer Day Extravaganza to celebrate the day pioneers arrived in the Salt Lake Valley. This year’s event is from 10 a.m. to 2 p.m. at North Park, 500 N. 500 West.

The park will be broken up into sections with themes, including pioneer, western and Native American, said Mary Dunn, events coordinator for Provo Parks and Recreation. Kids will be able to chug root beer, watch demonstrations, including candle making and log cutting and burning, and there will be pioneer crafts for them to make and take home.

There also will be pony rides, entertainment, face painting, a pie cook-off, dutch oven cook-off, petting zoo, panning for gold and more. The Pioneer Village and Daughters of Utah Pioneers museum, next to North Park, will be open. Also, there will be a farmers market and food trucks on the west side of the park.

Most of the activities are free. And if you’ve got some clothes left over from your pioneer trek, adults and children are welcome to wear pioneer costumes.

Spanish Fork
Spanish Fork has been having its city celebration since July 15, but July 24 is packed with activities.