Repair scam
A group of people, known as travelers or gypsies, have made their way through Orem recently. This group stops people in parking lots and points out body damage on their cars, then offers to fix it for a small fee, police say. Even if the person doesn’t agree to the repair, the group will fix it anyway and then demand payment. Police say they’ll just put tape over a dent then paint it. This group includes about 20 people and they’re driving four or five new trucks with temporary tags. If you have a question about this scam, call Orem police at (801) 229-7070. 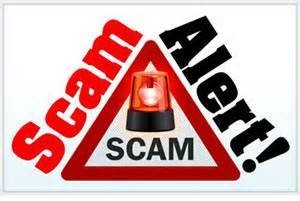 Utility scam
Police say Lehi residents are getting calls from people pretending to represent Lehi City Power. The caller says if the person doesn’t pay immediately the power will be cut off within 45 minutes.

Even if the caller ID says the call is coming from Lehi Power, it’s probably not — utility companies usually don’t call a customer and demand immediate payment. Those issues are handled through the mail. If you have a question about utility billing in Lehi, call (801) 768-7100.

Stolen car found
Police recovered a black camaro stolen from Highland last week after a chase through Weber and Davis counties.
The suspect, Eduardo Correa, 20, was reportedly racing with other cars on Interstate 15 near Centerville when police tried to stop him. Police say he wouldn’t stop and the chase eventually ended in Ogden, where police reportedly found him hiding in a garage. The car was damaged during the incident.

Stolen car and cards
Police arrested two men this week on charges that they were in a stolen car and had drugs, a stolen driver’s license and stolen financial transaction cards with them.

Alexander James Cibulka was booked into jail on charges of vehicle theft, unlawful acquisition/possession/transfer of a financial transaction card, possession of heroin and use or possession of drug paraphernalia.