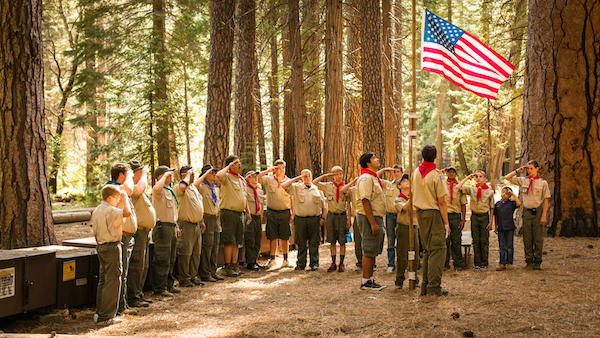 With the decision to remove the ban on gay Scout leaders, the LDS Church is re-evaluating its relationship with the Boy Scouts of America. (Photo courtesy LDS Church)

The Boy Scouts of America ended a ban on gay adult leaders on Monday. While the decision allows for church-sponsored Scout troups to exclude gay leaders on religious stances, the LDS Church released a statement Monday saying it would re-evaluate its involvement with BSA.

“The Church of Jesus Christ of Latter-day Saints is deeply troubled by today’s vote by the Boy Scouts of America National Executive Board,” said the LDS Church in a statement. “In spite of a request to delay the vote, it was scheduled at a time in July when members of the Church’s governing councils are out of their offices and do not meet. When the leadership of the Church resumes its regular schedule of meetings in August, the century-long association with Scouting will need to be examined. The Church has always welcomed all boys to its Scouting units regardless of sexual orientation. However, the admission of openly gay leaders is inconsistent with the doctrines of the Church and what have traditionally been the values of the Boy Scouts of America.”

The new policy was voted on and approved by the BSA National Excetive Board in a closed-to-media teleconference. It passed with a 45–12 vote.

“For far too long this issue has divided and distracted us,” said the BSA’s president, former Defense Secretary Robert Gates to the Associated Press. “Now it’s time to unite behind our shared belief in the extraordinary power of Scouting to be a force for good.”

The Church says it has been examining its relationship with BSA because the program doesn’t exist for Church members outside of the United States. The Church’s statement adds:

“As a global organization with members in 170 countries, the Church has long been evaluating the limitations that fully one-half of its youth face where Scouting is not available.  Those worldwide needs combined with this vote by the BSA National Executive Board will be carefully reviewed by the leaders of the Church in the weeks ahead.”