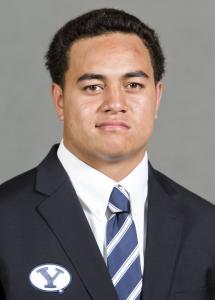 Bountiful police this week connected four men to more than 100 robberies, including some in Utah County. Investigators connected Joe Hernandez, Jeremy Hernandez, Isaac Hernandez and Thomas Blymiller to 140 home break-ins, according to police. The men reportedly used pillowcases to carry items out of homes.

Sione Takitaki, a sophomore linebacker for BYU, has been charged with two counts of theft. Police say Takitaki took apparel that belonged to the school’s track and soccer teams when he worked as a custodian.

Police arrested a man on Monday after they say he took more than $100,000 worth of bronze from his employer.

Sergio Salvador Blanco-Maciel reportedly took the bronze between July 2013 and July this year, then sold it to a metal recycling business. He was booked into the Utah County Jail on a charge of theft over $104,000. 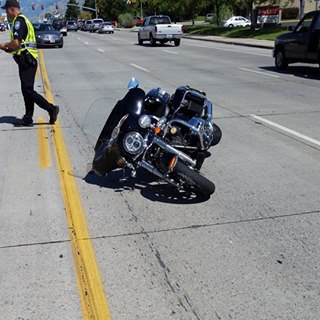 A 19-year-old Spanish Fork woman was cited on Saturday after she hit an Orem police officer who was riding a motorcycle.

According to police, the woman pulled out of the Ridleys parking lot and into the second lane, instead of the first lane. She knocked over the officer, who was driving in that lane. He suffered road rash but will be OK.

Provo police arrested a man on Saturday on an aggravated robbery charge as well as a parole violation and hold from Adult Probation and Parole, after they said he and another man robbed a 17-year-old boy.
Saul Cristobal, 28, has an extensive criminal history including dozens of arrests and court cases. Jacob Perez, 29, also was arrested on a charge of aggravated robbery.

The 17-year-old reportedly told police that he was waiting outside his girlfriend’s house in his car when one of the men knocked on the window and demanded money, then told him to get out of the car. The boy did, and the man reportedly punched him, took his keys and left in another car.

Running back by committee: Who will replace Jamaal Williams as starting running back? Previous post