10 successful Church programs that were discontinued (or changed) 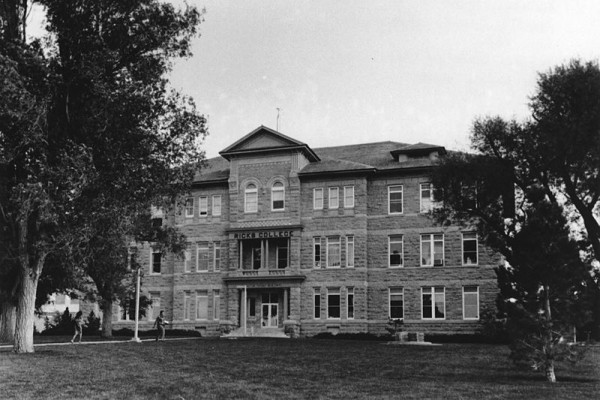 The Jacob Spori Building stood on the Ricks College campus, but was destroyed in a fire and subsequently rebuilt as Ricks College transitioned to become BYU-Idaho. (1988 photo via public domain)

On July 27, The Church of Jesus Christ of Latter-day Saints announced that its “century-long association with Scouting will need to be examined” following the Boy Scouts of America’s decision to admit openly gay leaders in the program.

Whether the Church severs ties with BSA or remains in partnership with the organization, this is not the first time the Church has re-evaluated past practices. Many programs used by the Church in the past have been discontinued or changed. Here’s a short list of Church programs you may or may not remember.

The Relief Society organization’s weekday activities, then known as “Homemaking Meetings,” usually focused on homemaking and childrearing skills. But as the Church grew from a small number of people in the American West to a worldwide Church, Relief Society activities got a makeover.

Both the name and the focus of Homemaking Meetings changed on Jan. 1, 2000, when they became known as “Home, Family and Personal Enrichment” meetings. Since then, they have changed again to be called “additional Relief Society meetings” or simply “Relief Society meetings.” Though these meetings can certainly focus occasionally on teaching skills, they are also meant to uplift and inspire Relief Society sisters in all aspects of their lives.

Before the Perpetual Education Fund (which helps LDS people around the world obtain needed education and skills to help them provide for themselves and their families), there was the Perpetual Emigration Fund. It was established in 1849 during the Mormon migration to Salt Lake City and discontinued in 1887.

The Perpetual Emigration Fund provided financial aid to LDS converts to help them get to Utah. Once established in their homes in the West, those who received funds were expected to repay the funds so other converts could make the same journey.

In June of 2000, the First Presidency and the Board of Trustees of Ricks College announced that Ricks College (a two-year, Church-owned junior college in Rexburg, Idaho) would become Brigham Young University-Idaho, a four-year institution.

In the early to mid-1900s, the Mutual Improvement Association (yet another changed program, known today as the Young Men and Young Women organizations) frequently sponsored dances and dance training. Gold and Green Balls were annual social dances held in each ward and stake. They have been discontinued, though youth dances are still held, usually at the stake level, around the world.

The computer program Personal Ancestral File was discontinued in 2013 in favor of the online-only family history tool FamilySearch Family Tree. The software was officially discontinued July 15 of that year and has not been available for download or support since that time.

On November 12, 2010, the Church introduced new handbooks to standardize Church practices for a worldwide Church. Among those changes was the dissolution of the ward Activities Committee — which had previously been tasked with planning ward activities — in order to give the ward council responsibility for these gatherings.

However, wards and branches have the flexibility to introduce special callings based on need, so some wards (like singles wards, for example) may still have an activities committee to help plan frequent activities.

In 2011, Church-sponsored fraternities and sororities at the University of Utah and Utah State were officially discontinued, some of which had existed since the 1930s. The Church ended these programs in order to increase focus on young single adult wards and stakes.

In 1925, a small building near Temple Square served as a dormitory for new missionaries where they received training prior to entering the mission field. Because there were fewer missionaries at the time, many of these missionaries met and were set apart by a member of the Quorum of the Twelve Apostles during their time there.

In 1971, a building on North Temple Street became the Salt Lake Missionary Home, where English-speaking missionaries received some training before entering the field. Some missionaries who would speak another language were trained at a Language Training Mission (LTM) prior to entering the mission field.

Beginning in 1978, all missionaries entered the Provo Missionary Training Center (MTC) before entering the mission field. Today, several more MTCs around the world have been established to accommodate a growing number of missionaries.

10. Church meetings held throughout the week

A report written at the time reads: “The consolidated meeting schedule reemphasizes personal and family responsibility for learning, living, and teaching the gospel. It also allows Church members more time for personal gospel study, service to others, and meaningful activities.”