Provo residents will vote on RAP tax in 2015 elections 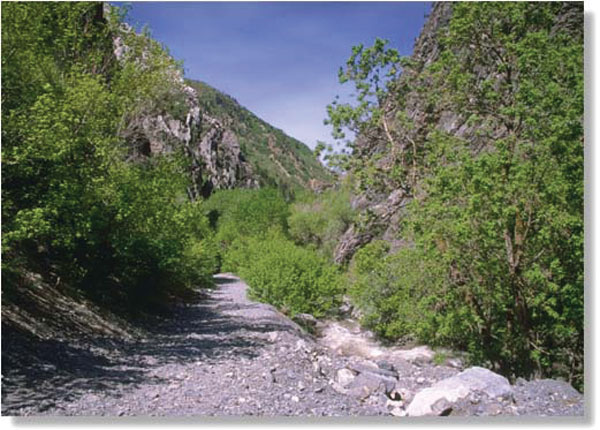 Some of the RAP tax could help with the Rock Canyon trailhead expansion.

Provo residents will vote in November on a new sales tax — 1 cent for every $10 spent — to fund recreation, arts and parks projects.

The Provo city council voted 5-0 (Councilman Kay Van Buren and Councilwoman Calli Hales abstained) to put the tax on the Nov. 3 ballot. A survey of registered voters last month showed that more than 70 percent would support the tax.

The RAP tax is expected to bring in $12.6 million over 10 years, and would be combined during that period with money from impact fees — $9.3 million, an annual grant from the county — $648,000, and an annual federal grant called the Community Development Block Grant — $3 million. Two weeks ago Mayor John Curtis gave the council a presentation on how the money could be spent, after hearing from council members, residents who participated in a survey and others. 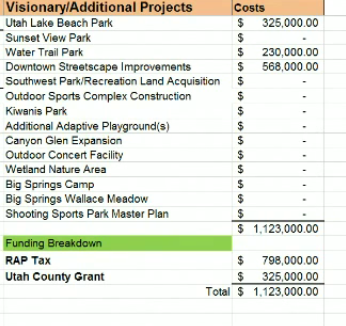 The list has about $4 million for upgrades to existing trails, paths and trailheads, including:

There are also park completion projects and facility upgrades, including:

For the arts, Curtis proposed $150,000 annually, to be used the first two years to bring the children’s portion of the Sundance Film Festival to Provo. After that, one proposal would be to budget $50,000 per year each to arts programs at the library, the Covey Center and an arts festival in the city.

There also are some visionary projects, including acquiring land for a future regional sports park, Curtis said.

“I hope more than 7 percent will weigh in on this topic,” said

Councilman Gary Winterton on Tuesday, referring to the voter turnout from this month’s primary election.

Provo has about 42,000 registered voters, according to city recorder Janene Weiss.

Between now and the election, Provo residents can expect to get information about the proposed tax from the council.

10 successful Church programs that were discontinued (or changed) Previous post