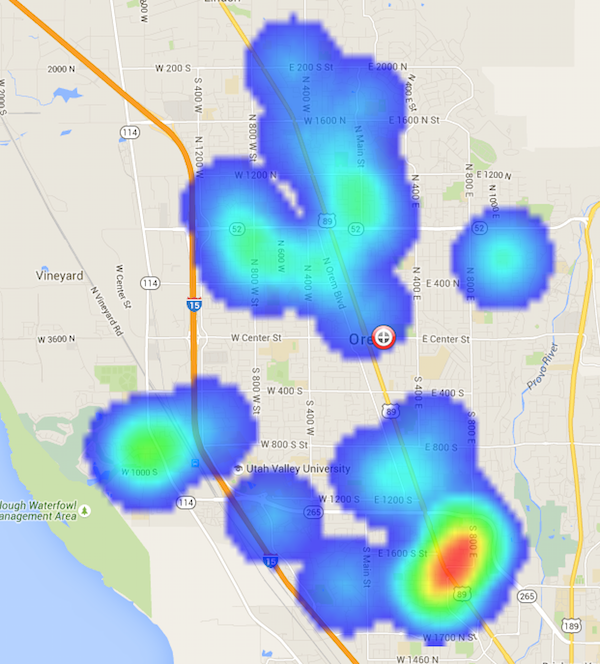 Payson police are looking for the man who robbed the Central Bank in Payson on Aug. 14. The man walked into the bank at 11:40 a.m. carrying what appeared to be a semi-automatic handgun. He asked for money, got it and then drove away in a 1994 red Chevrolet S10 blazer.

The man was white and 5 feet 8 inches to 5 feet 10 inches tall. He was wearing a long blond wig, denim bib overalls and a straw hat with a dark band at the base. If you have any information about the man or robbery, call Payson police at (801) 465-5240. 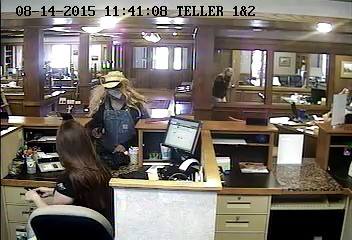 Payson police are looking for this man who robbed the Central Bank in Payson on Aug. 14. (Photo courtesy Payson Police Department)

A missing woman and her adult son from Saratoga Springs were found Monday in the Las Vegas area. Police had been looking for the pair since Aug. 12, when the woman, 42-year-old Connie Tao, picked up her son, 21-year-old Eric Tao, from SP Foundation in Orem. Eric is autistic and is in the custody of the state. Police were concerned that he was endangered because of his mother’s mental health issues.

Using its new public, online crime-tracking tool, Orem police have released a map of the hot spots for car burglaries over the last 30 days. To check out more crime statistics, go to raidsonline.com.

Police agencies around the area are warning drivers to be extra careful around schools now that they’re back in session. American Fork police announced on its Facebook page that officers would be monitoring school crosswalks to ensure the safety of students. And according to Orem police, it takes the average person 1.5 seconds to react to a situation — like a child in the road. So a person driving 30 mph would travel about 67 feet before even being able to hit the brakes.

I Spy: 'Treasures of Knowledge' by Greg Olsen Previous post