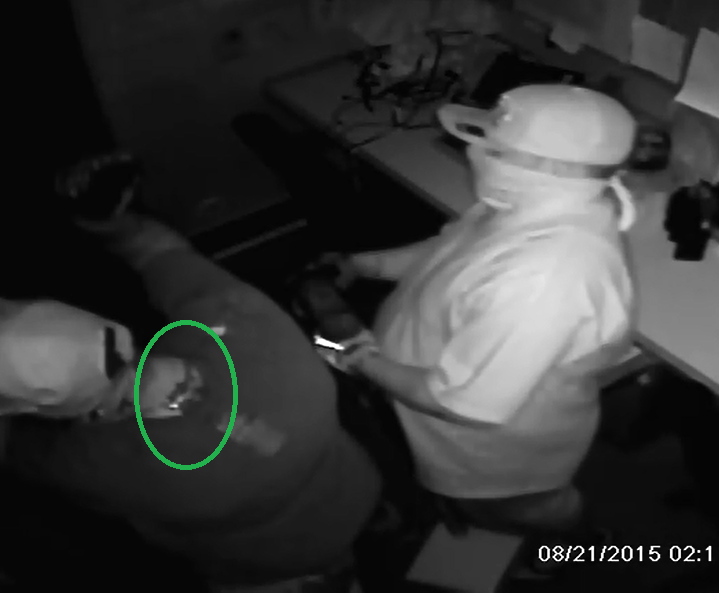 Lehi police are looking for three men who broke into a business. While all three men had hats and bandanas on, they had identifiable tattoos. (Photo courtesy Lehi police)

Lehi police arrested a man on Wednesday after he reportedly flashed school buses. According to police, William Brock Reed flashed one bus twice as well as another bus.

Reed was booked into jail on three charges of lewdness with prior offense. He’s being held on $10,000 cash-only bail.

A man who pleaded guilty to burglary and aggravated assault in a stabbing earlier this year will spend one to 15 years in prison and pay more than $41,000 in restitution.

Gregory Anderson, 53, pleaded guilty to the charges in July and was sentenced on Tuesday. According to police, Markese Roberson of Salt Lake City and Anderson of Provo kicked in a door at The Boulders apartment complex and then beat and stabbed two people inside — 43-year-old Catrina Rose of Provo and 44-year-old Christopher Dixon of Salt Lake City. During the assault 35-year-old Nicole Uhlig walked into the apartment and also was attacked by the men. Rose was able to get away and call 911 while the suspects were occupied with Uhlig. 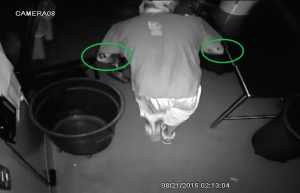 One of the burglars had tattoos on the back of his arms. (Photo courtesy Lehi police)

Lehi police are asking the public to help identify three men who broke into a business on Aug. 21. All three men were wearing hats and bandanas over their faces, but surveillance cameras captured images of identifying tattoos and clothes.

Conrad Truman, who was convicted last year of killing his wife Heidy, has filed a motion for a new trial. He argues that his wife killed herself, that police didn’t do their job and prosecutors presented false theories to jurors.

During the trial prosecutors said Truman shot his wife Heidy in their Orem home on Sept. 30, 2012 to collect on her life insurance policy. 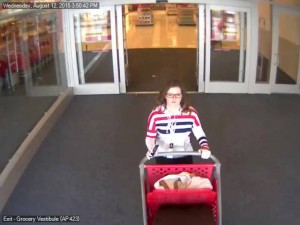 Police are looking for this woman; she allegedly hit another car on Center Street in Orem and fled the scene. (Photo courtesy Orem police)

Orem police are asking for help in finding the woman who was driving a silver passenger car that pulled out of the Target parking lot at 3:50 p.m. Aug. 12 and hit an eastbound car on Center Street. The woman who caused the crash left without helping the people she hit.

Police were able to get a photo of the woman who caused the accident from Target surveillance cameras. Anyone with information about her identity is asked to call Orem police at (801) 229-7070.

Utah women, we know why you are single — it's in the numbers Next post