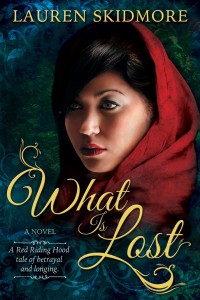 It’s no secret — Utah has a lot of authors.
These authors are breaking out of the crowd in the romance genre, according to their publishing companies. In honor of Utah Book Month, here are five up-and-coming romance authors you should read as recommended by Utah publishing companies, Cedar Fort and Covenant Communications.

While this is not Julie Daines first novel, “Eleanor and the Iron King” is a breakthrough novel according to Covenant Communications’ public relations director. “Eleanor and the Iron King” follows Eleanor de Lacy, a royal daughter who has an arranged marriage with the infamously violent Welsh king in order to save her country. The Utah author previous published two novels: “Unraveled: A Tale of True Love” and “A Blind Eye.” Learn more about the author here.

Provo resident Lauren Skidmore earned her BA in English Teaching at Brigham Young University. In 2014, she released her first book, “What is Hidden,” a story inspired by Cinderella. Her Red Riding Hood inspired story, “What is Lost” was released in March this year. The next book, “The Fairest Poison,” will be released in May 2016 and, you guessed it, is a Snow White story. Learn more about the author here.

This Springville resident started out writing children’s books, but has since ventured into the world of Jane Austen. “Liam Darcy, I Loathe You,” is her first fiction novel (released in May 2015) based on all of Jane Austen’s favorite heroines. Learn more here.

For the past year and a half, Lynne Larson has been publishing a new book every six months. Her most recent book, “Another Time for Love” was released in July this year. Learn more here.

Lauren Winder Farnsworth, a South Jordan resident, released her first book, “Keeping Kate,” in January this year. The first novel was a new take on “Jane Eyre.” Her next novel, which will be released in March 2016, takes on a fairytale in “Catching Lucas Riley.” Learn more here.

Want a hint of romance with a dose of  fantasy and adventure? Unique to many of the books coming out of Utah, Charlie Nicholes Homberg published her first book of “The Paper Magician” trilogy in September 2014. A year later all three books are published about the apprentice Ceony Twill, who uses magic to work with paper. Learn more here.

Celebrity lookalikes: 8 locals who will make you do a double-take Previous post

Cougar suspensions will be announced after Nebraska game; team captains named Next post