15 books (and series) for boys who hate to read 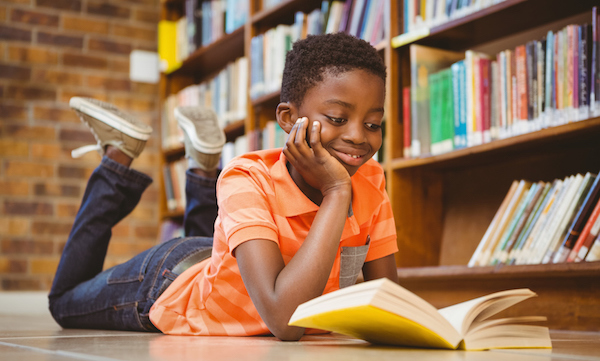 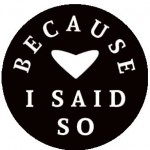 If your son hates to read, don’t despair, say local librarians. Maybe he just hasn’t found the right book (or series!) yet. Here, three Utah County librarians give their top picks for books that will spark literary love in reluctant readers.

“Frank Einstein and the Antimatter Motor” by Jon Scieszka

This beginning of a series is short and has illustrations to draw reluctant readers in, says Peterson. “Frank Einstein is a young inventor — think Frankenstein meets Albert Einstein — who must save his town through scientific genius,” she says. “With robots who come to life, mashups between real science and science fiction, and comedic personalities, this will become a new favorite.”

“How they Croaked” by Georgia Bragg

“The Terrible Two” by Mac Barnett and Jory John

“This book is a comedic romp for those reluctant readers who like practical jokes, fuming principals and cows,” says Peterson. The book has illustrations, and a planned sequel is due January 2016.

“The Ruins of Gorlan” (Ranger’s Apprentice series) by John Flanagan

“With its fast pace and loads of action and adventure (not to mention a lot of intelligence and logic), readers will enjoy this coming-of-age adventure story,” says Peterson. “Also, this is the first in a great series and has a fantastic narrator for those reluctant readers who enjoy listening to a story while following along with the text.” (Note that librarian LaRee Parkinson likes the entire series for middle-schoolers.)

“This Utah Valley native has carved out a place for himself on the New York Times bestseller list with this series of nonfiction graphic novels focused on American history,” says Clark. “Both informative and entertaining, this series includes everything from the Revolutionary war to the Donner party. They are a great introduction to carefully researched, well-written history.” (Editor’s note: Joella Peterson also recommends this series.)

This series is “elementary school noir” with a “hard-boiled gecko detective taking on the toughest cases at Emerson Hickey School,” says Clark. “This series makes a great transition from early readers, with black and white illustrations sprinkled through the text. Chet Gecko is an engaging narrator, and this one is especially good as a read-aloud.”

“ ‘Stormbreaker,’ the first title in the series, introduces us to 14-year-old Alex. After the mysterious death of his uncle Ian, Alex discovers that the uncle he thought was a bank vice president was actually working for the British spy agency MI-6,” says Clark. “Alex takes over his uncle’s assignment, taking down a nefarious tech company and their revolutionary computer called the Stormbreaker. It’s Bond-esque action and gadgets for the younger set.” (Note that librarian LaRee Parkinson also likes it for middle-schoolers.)

There are more than a dozen books in this series, written by John Sciezka. “Joe, Sam and Fred are three time travelers who find adventure in every era as they face dragons, giants, pirates and more,” says Clark. “Sciezka is known for his zany brand of humor, appropriately juvenile in this case to attract elementary school boys.”

The Redwall series by Brian Jacques

This quest adventure series is populated by mice, rats, badgers and the like, says Clark. “The Redwall Abbey is under siege from Cluny the Rat warlord and his evil henchmen,” she says. “It’s up to the mouse warrior Martin to save them. It’s a high-fantasy epic for kids.”

Four best friends join four different branches of the military when one of them is drafted into the Vietnam War, says Parkinson. “The books in this series are short, and packed with action,” she says.

This series follows Theodore Boone, a 13-year-old who thinks he should be a lawyer and help solve crimes. John Grisham has made millions with his legal thrillers for adults. Young readers may find him just as engaging.

The Ascendance Trilogy by Jennifer Nielsen

“Action, mystery, twists and turns— this trilogy has it all!” says Parkinson. Book 1, “The False Prince,” follows what happens when an imposter is installed as the king’s long-lost son.

(See description by Clark above.)

“Reluctant Will becomes apprentice to the mysterious Ranger Halt and helps protect a kingdom from danger,” says Parkinson. This internationally best-selling fantasy series is written by an Australian author. It has a dozen action-packed books that young men may enjoy.

“The Only Game” by Mike Lupica

“This author writes a lot of books centered around school sports and personal conflicts,” says Parkinson. The start of a Home Team series by American newspaper columnist Mike Lupica, “The Only Game” follows a young baseball star who struggles with his love of sports after his brother dies.

An Insider’s Guide to the Timpanogos Storytelling Festival Next post