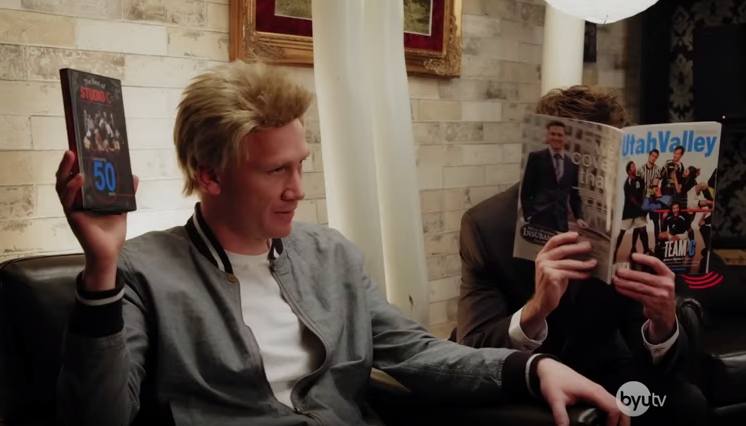 Matt Meese holds up Utah Valley Magazine in the opening sketch of “Studio C.” The “Studio C” cast was on the cover of the Jan./Feb. 2015 issue of the magazine.

Before the cast members of “Studio C” explored their futures in the opening sketch, including the next 44 seasons of the show, Matt Meese is seen holding an issue of Utah Valley Magazine. The “Studio C” cast was on the cover of the Jan./Feb. 2015 issue of the magazine.

Read the cover story on “Studio C,” including little-known facts about the cast members, here. And look for Utah Valley Magazine in the sketch below.