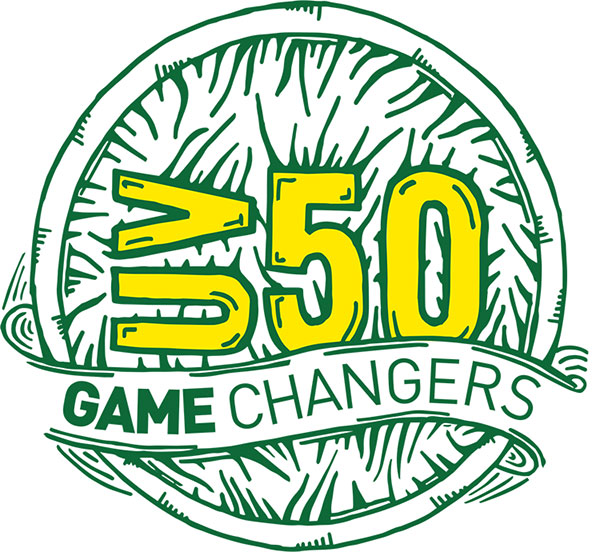 At a glance With robust revenues and employees by the hundreds and thousands, these 10 companies are dominating their fields and anchoring Utah Valley’s economy. Get a breakdown of the category below, and then dive into BusinessQ’s ranking of these 10 stalwarts.

The Company A provider of smart home technology services through a cloud-based platform that integrates a wide range of wireless features and components to provide simple, affordable home security, energy management and home automation.

1. Vivint did $563 million in sales last year and serves nearly 900,000 customers throughout the United States and Canada.
2. There is such a thing as a free lunch. Vivint’s Provo headquarters has a complimentary cafeteria for all of its employees.
3. Vivint CEO Todd Pedersen appeared on CBS hit “Undercover Boss” this year, which was seen by nearly 8 million.
4. In 2012, the Blackstone Group acquired Vivint for $2 billion.
5. This past July, SunEdison announced it will purchase Vivint’s sister company, Vivint Solar, for $2.2 billion. Now that’s one successful sibling rivalry.

The Company A provider of digital marketing and digital media solutions. 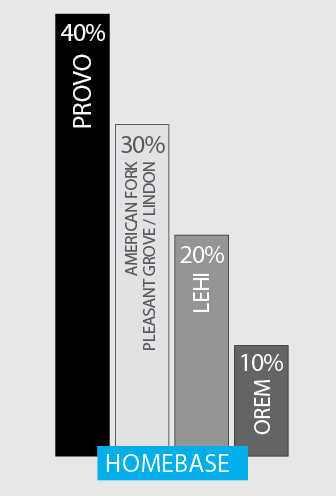 Most of the top 10 Economic Engines are based in Provo.

1. Adobe’s 280,000-square-foot campus in Lehi currently houses 1,100 employees. Once phase 2 and 3 are completed, it will house roughly an additional 1,500 employees. Adobe’s presence has literally paved the way for other companies. “It’s exciting to see the explosion of tech companies setting up shop right here in this tech corridor,” Jensen says.
2. Adobe’s state-of-the-art campus includes panoramic views of Utah Valley, a full gym, an NBA-sized basketball court, a cafe and more.
3. “Our employees are well compensated and we have excellent benefits, but there is something less physically tangible that makes this a great place to work — our culture. Our Utah Site Council has nearly 100 members, all passionate people here at the site who volunteer their time to make this the best and most rewarding place to work.”
4. Adobe regularly gets more than 40 percent of its employees engaged in corporate giving/charitable service projects.
5. “I’d like Adobe’s legacy to be tied to the tremendous growth here in Utah Valley, and that we be remembered for growing the economy, hiring great local talent, attracting talent from around the world, and constantly innovating.”

The Company A provider of skin care and nutritional products primarily in the anti-aging market.

1. Nu Skin reported more than $2.57 billion in sales in 2014.
2. Nu Skin’s Nourish the Children initiative has sent more than 400 million meals (and counting) to starving children around the world.
3. Nu Skin operates in 53 international markets.
4. This May, Nu Skin completed its $100-million, 10-acre Provo campus, which features a state-of-the-art innovation center and is home to more than 900 employees.
5. “We love being a part of this great city,” says CFO Ritch Wood. “With everything we’ve done, we want to send the message that we’ll be here forever — and our future will be even better than the past.”

The company A business management platform.

1. Domo is valued at $2 billion. In 2015, it raised a round of $200 million, bringing its funding total to $450 million.
2. “We’re going after a HUGE market,” James says. “We’re attacking a problem every CEO and every business manager has — too much information and no easy way to get value from it.”
3. Domo has more than a thousand customers — including the likes of Facebook, eBay and MasterCard — and will clear $100 million in sales this year.
4. “Revenue fixes all problems. When you don’t know what to focus on, the answer is always sales. The logo wall in our building is my favorite part of the entire office. In just two years of selling, we achieved the type of customer traction that took us more than 10 years to get at Omniture. I’m extremely proud of that.”
5. “I want Domo to be Fortune 500 and to define the next decade in tech. Omniture was the fastest-growing software company all three years we were public. It was important to me that when we sold, employees were well taken care of. We set the situation up well, and that business is still growing and employing thousands. This one will be much, much, much bigger than Adobe.” (Game on!)

The Company A producer and distributor of essential oils, including personal care and spa products, nutritional supplements, and healthy living products.

1. dōTERRA has more than 1.2 million wellness advocates worldwide.
2. The company’s top leaders are stay-at-home moms.
3. The United States is dōTERRA’s largest market (direct sales companies are typically strongest overseas). “Our desire has been to bring the oils out of the healers’ niche and into the mainstream population. We want to bridge the gap to western medicine,” Stirling says.
4. Its essential oils are sourced from 38 countries around the world,18 of which are considered developing. dōTERRA helps those countries institute solid economic, health and education initiatives through its Healing Hands Foundation and co-impact sourcing practices.
5. “Don’t take the growth for granted or start to believe it has to do with you personally. Recognize those who are important parts of the growth. It’s not all due to you. It’s a team effort.” 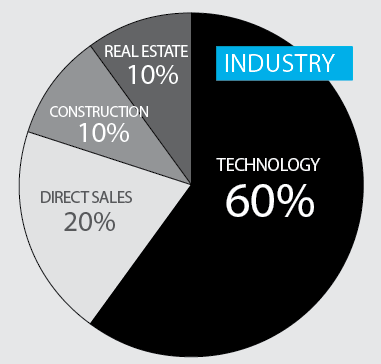 Of the top 10 Economic Engines, 60 percent are in the technology industry.

The Company The world’s largest online resource for family history and consumer genetics.

1. Ancestry.com did $619 million in sales in 2014.
2. The company has built the largest online family history community. Its 2 million subscribers have created more than 80 million family trees containing more than six billion profiles. They have uploaded and attached to their trees more than 300 million photographs, scanned documents and written stories. In the past two years, Ancestry.com made a groundbreaking agreement with FamilySearch to bring 2 billion global records from 67 countries to its service.
3. Ancestry.com is the service provider for TLC’s “Who Do You Think You Are?” — a popular reality show that delves into the ancestry of various celebrities like Gwyneth Paltrow, Spike Lee, Sarah Jessica Parker, Kelly Clarkson and J.K. Rowling.
4. Staying true to its family focus, Ancestry.com gives back to organizations that strengthen families: Red Cross, Habitat for Humanity, Primary Children’s Hospital, Ronald McDonald House, local food banks and others.
5. In 2016, Ancestry.com will move its global headquarters to Lehi.

1. Qualtrics serves more than 7,000 enterprise customers — including half of the Fortune 100 — in 75-plus countries. Clients include Disney, Coca-Cola, Toyota, Intel, GE, JetBlue, Geico, McDonald’s, Ancestry.com.
2. The company is valued at more than $1 billion.
3. “We have the top academics in the world running fascinating studies on Qualtrics on everything from the role of ethnicity on shoot/don’t shoot decisions by police officers to the incidence of rape and sexual assault on college campuses to how to combat obesity through subliminal messaging. People are combating some of the most important issues of our time using Qualtrics.”
4. Qualtrics didn’t take outside funding for 10 years — and it’s been profitable since inception. “We took outside funding because we wanted the partnership,” Smith says. “We were only willing to do it if 1 + 1 = 5.”
5. “We love Utah. We love being in Utah. We’ve always said that we want to do something great … and we want to do it here. There’s so much talent, innovation, and energy in Utah Valley. We’re honored to be part of it.”

Four of these companies are led by “college drop-outs” — Todd Pedersen of Vivint, Josh James of Domo, Ryan Poelman of Nudge & Ryan Smith of Qualtrics.

1. Clyde Companies earned $628 million in 2014.
2. The legacy of the company began in 1926 when Wilford Clyde’s grandfather started W.W. Clyde & Co.
3. “We want to be known as a company that ‘built a better community,’” Clyde says.
4. Clyde Companies has built a road in almost every town in Utah.
5. “We value people, our word is our bond, we always give a full measure, and we provide quality products and services for the best value.”

The Company A provider of educational tools, technology and services in the real estate and investment industries.

1. In 2014, Nudge brought in more than $273 million in sales.
2. Last year, Nudge employees flew more than 41 million miles — that’s enough to circle the globe 1,600 times.
3. Giving back to Utah Valley’s community is a part of the company DNA. Projects include BYU, UVU, Clear Horizons Academy, The American Red Cross, Salvation Army, Special Olympics, Utah Food Bank, Wounded Warrior Project, and more.
4. Nearly the entire executive team has been working together in some fashion for 10 to 20 years.
5. “You’ll see the Nudge name everywhere around the valley, and it’s because we’re proud to be here — and we’re going to be around for a very long time,” Poelman says.

The Company A joint venture between Intel and Micron, IM Flash is a manufacturer of NAND flash memory, which is a type of memory that retains data even when power is turned off to the device. 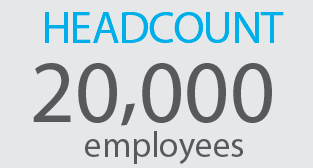 Utah County is home to 600,000 residents (including children and retirees), which means nearly 10 percent of our local workforce gets their paycheck from these 10 economic engines.

1. IM Flash is the 2nd largest exporter in Utah, coming in after metals.
2. The company is a three-time winner for most innovative technology by semiconductor analysts. IM Flash announced a brand new type of memory called 3D XPoint, which will be about a thousand times faster than NAND Flash.
3. With 100 particles of dust per cubic foot, IM Flash’s clean room is 100 times cleaner than a hospital operating room.
4. It has more than 2.3 million square feet of building space, enough to contain 1,536 average size single-family homes.
5. Over the past three years, IM Flash has donated more than half a million dollars to the Alpine School District, specifically for math education in high schools. “We want to work together with other Utah Valley businesses to boost the local economy and contribute to the needs of the community,” Esfarjani says. “One of the biggest challenges is to grow and retain the highly skilled talent to keep up with the growth. Most of our hires are still coming from out of state. We have great engineers coming out of our local schools, but we need more. IM Flash has been a strong advocate in STEM and funding of various programs in K-12 science and technology.”

THE FINE PRINT The Economic Engines list is selected by BusinessQ’s editorial board and is based on factors including annual revenue, number of employees and contribution to Utah County’s economy.

The top revenue company on the list is Nu Skin with $2.57 billion in 2014. Of the listed companies with a local presence but not headquartered in Utah Valley, the top revenue belongs to Adobe with $4.14 billion. Two companies on the list — Domo and Qualtrics — have each received valuations of $2 billion and $1 billion, respectively.