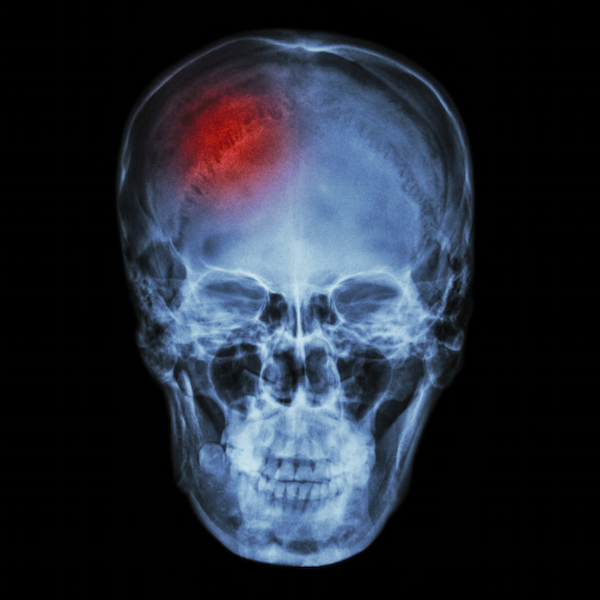 A stroke is caused by the blood supply to your brain being interrupted or reduced. Utah Valley Regional Medical Center says a quick response helps reduce the recovery time. (Stock Photo)

Billy Stailey was doing his daily exercise when his left foot slipped off the pedal of the stationary bike he was riding. His wife kept him from falling off the bike, but Stailey, 79, was experiencing a stroke.

Stailey believed he was fine, but emergency services took him to Utah Valley Regional Medical Center just 10 minutes after his symptoms began. The fast response of Stailey’s wife and emergency services, along with the administration of Tissue Plasminogen Activator (t-PA) helped save Stailey’s life and contributed to his quick recovery.

[pullquote]“Intermountain has done a wonderful job with acute stroke treatment mainly due to our physicians and staff who are well trained to recognize the symptoms of a stroke and act quickly.” —Jeanie Hammer, Stroke Program Coordinator at Utah Valley Regional[/pullquote]

Stailey, who has fully recovered from his stroke, was lucky to be among a very low percentage of stroke patients who receive t-PA treatment. The drug dissolves blood clots quickly and improves blood flow through those parts of the brain being deprived of blood during a stroke. The medication is time sensitive and must be given within three hours of stroke onset. Thirty three percent of patients who receive t-PA experience improvement in their stroke symptoms; some patients, like Stailey, even recover completely.

Utah Valley Regional administers t-PA to about 10 percent of stroke patients, double the national average of five percent. t-PA has been FDA-approved for treatment of acute ischemic stroke since 1996.

Unfortunately, it’s not commonly used because patients often don’t recognize they’re having a stroke and delay coming to the hospital, putting them outside the three-hour treatment window.

“Intermountain has done a wonderful job with acute stroke treatment mainly due to our physicians and staff who are well trained to recognize the symptoms of a stroke and act quickly,” said Jeanie Hammer, Stroke Program Coordinator at Utah Valley Regional. “Our patients are recovering faster from strokes because of the use of t-PA and the care of our expert stroke team.”

9/11: Of twins, Twin Towers, faith, family and freedom Next post