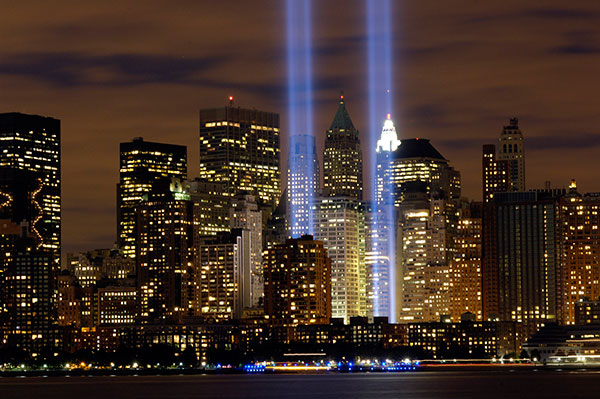 The lights at Ground Zero represent the Twin Towers that fell from terrorists attacks on Sept. 11, 2001.

None of us will ever forget Sept. 11, 2001, a day that reminded us how fragile, dangerous and volatile life can be. We all have our own 9/11 stories. It was one of those days when you can remember exactly where you were when you heard the horrific news.

Every time 9/11 rolls around, it’s tough to think about the events that transpired that day. But I am grateful for the opportunity every year to honor in small ways those who lost their lives, and those who saved lives, that day. On the 10th anniversary of 9/11, a Sunday morning, I was standing in an airport in Austin, Texas, when soldiers marched through the terminal with the American flag as we observed a moment of silence. Strangers stood together with hands over their hearts and tears in their eyes as the flag passed by.

Each anniversary is always a powerful reminder to me that good, sooner or later, triumphs over evil and that faith, family and freedom are what matter most.

In the fall of 2001, my wife and I had five boys, all under the age of five. That included twin boys that were born on Aug. 12, almost exactly one month before 9/11. They weighed 5 pounds, 5 ounces and 5 pounds, six ounces, respectively. Yes, they were small, but their lungs were fully developed, something we noticed every time they were hungry or needed a diaper change.

In those days, when I woke up in the mornings, usually exhausted from being up most of the night with the twins, I’d help fix the kids’ breakfast, then turn on cartoons or “Sesame Street” for them to watch.

But on that terrifying Tuesday morning, something told me to turn on the news instead.

The indelible image that filled the television screen was that of black smoke billowing out of the twin towers, rising into a bright blue sky. We would later hear that this was part of a sinister, well-planned, well-coordinated plot by terrorists. We would learn more about hijacked planes and more terror. The Twin Towers fell, and the Pentagon was engulfed in flames. We began to hear stories about  heroes risking their lives to save others, in New York City and Washington, D.C., and also on a plane that crashed in a remote part of Pennsylvania.

Thousands of lives were lost. It was a surreal day, filled with shock and sadness.

There was the chilling video of then-President George W. Bush reading a book to a group of schoolchildren when he learned about a second attack on the World Trade Center. As Time Magazine wrote, “There has rarely been a starker juxtaposition of evil and innocence than the moment President George W. Bush received the news about 9/11 while reading ‘The Pet Goat’ with second-graders in Sarasota, Florida.”

While President Bush’s face revealed deep concern while sitting there in that classroom, I’ve always appreciated how he handled that moment. He didn’t want to frighten the children even amid a national crisis. He was calm but resolute. I can’t imagine being in his shoes that day.

And yet, my job as a Deseret News sports writer required me to go to BYU’s football practice that afternoon. I didn’t feel like leaving my family — I just wanted to be with them and be close to them — but duty called.

I got into my car and made the drive to Provo, listening to the news on the radio. Airports were shut down. There were estimates of the number of dead. There were reports of the possibility of athletic events being postponed, including college football games all over the country (which happened). People were speculating about who the perpetrators could be.

[pullquote]I’ve covered hundreds of practices at BYU over the years. On that day, practice started with the coaches and players on the practice field, kneeling in prayer. I can tell you that, even at BYU, that doesn’t happen very often.[/pullquote]

I’ve covered hundreds of practices at BYU over the years. On that day, practice started with the coaches and players on the practice field, kneeling in prayer. I can tell you that, even at BYU, that doesn’t happen very often.

After practice, coach Gary Crowton addressed the situation. “It’s a hard day,” he told reporters, his voice cracking with emotion. “You feel fortunate for what you have. The players are aware of what’s going on. They fought through it pretty well.”

I asked quarterback Brandon Doman that day about how practice went during the unusual and difficult circumstances.

“It was weird,” he told me, “but when you put on your helmet, you forget about other things.”

I wanted to forget those other things, too.

I recalled how exactly three months earlier, on my birthday — June 11 — my wife surprised me by taking me to the movie “Pearl Harbor” at the Water Gardens theater in Pleasant Grove. Being a history buff, I was fascinated by the dramatization of the attacks on Pearl Harbor (I’ve also been to the actual site a few times during trips to Hawaii), but the movie made it come alive for me.

On 9/11, I realized we were experiencing our generation’s Pearl Harbor. This was the biggest crisis in our country since the Japanese attack on Hawaii on the day that lives in infamy in 1941. Only then did I begin to truly comprehend the magnitude of Pearl Harbor.

It wasn’t hard to cry that day.

My younger brother and his wife were living in New York City at that time, and my brother was working in Manhattan that day. Out in Utah, we waited breathlessly for any news from him. At 8:44 a.m. Mountain Time, he sent a succinct and haunting email: “Just so you know, we’re OK. all of lower Manhattan is covered in smoke. Both towers are gone.”

Over the days that followed 9/11, our lives were consumed by news reports about the aftermath of the attacks. We tried to protect the innocence of our young kids and shield them from learning too much about the dastardly attacks — probably in the same way my parents kept me from hearing too much about the Vietnam War when I was a young boy.

[pullquote]“I can hear you! The rest of the world hears you! And the people who knocked these buildings down will hear all of us soon!” —Then-President George W. Bush[/pullquote]

I remember the stories of people who were missing, the many acts of bravery, the task of cleaning up Ground Zero, and our country’s efforts in bringing the perpetrators to justice. I also remember rumors of more attacks on our country. Which American city was next?

Days after 9/11, President Bush stood amid the rubble at Ground Zero, holding a bullhorn, with workers to deliver a message of support and hope.

“I want you all to know that America today is on bended knee in prayer for the people whose lives were lost here, for the workers who work here, for the families who mourn,” he said. “This nation stands with the good people of New York City, and New Jersey and Connecticut as we mourn the loss of thousands of our citizens.”

Then a worker in the distance shouted out, “George, we can’t hear you!”

To which Bush responded, “I can hear you! The rest of the world hears you! And the people who knocked these buildings down will hear all of us soon!”

Then came spontaneous cheers and chants of “USA! USA! USA!”

It was part of the inexorable march to another war in the Middle East that would claim thousands of more lives over the ensuing years.

One of the good things to come out of 9/11 was the way our country seemed to be united and how people, both collectively and individually, turned to God. I remember attending the first sacrament meeting after 9/11, we stood as a congregation to sing “America The Beautiful.” I especially remember how I felt as we sang the following verse:

O beautiful for patriot dream
That sees beyond the years
Thine alabaster cities gleam
Undimmed by human tears!
America! America!
God shed his grace on thee
And crown thy good with brotherhood
From sea to shining sea!

Those words were very applicable and they hit home like never before for me. 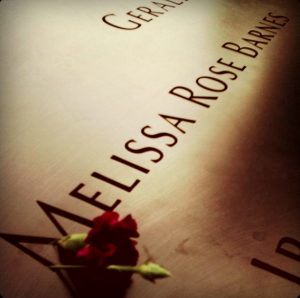 Each of the deceased victims’ names who died in the terrorist attacks on Sept. 11, 2001 are written on the 9/11 Memorial in New York City. (Photo by Rebecca Lane)

During that time, when our month-old twin boys would cry in the middle of the night for their feedings, my wife and I, bleary-eyed, would wake up and turn on the news. Not only did it keep us from falling asleep during the 3 a.m. feedings, but it also kept us well-informed of the latest developments.

On a family trip to the East Coast a couple of years ago, we visited Ground Zero in Manhattan and saw the gleaming buildings that now stand where those atrocities occurred. I tried to explain to my kids how I felt that day and emotions were still close to the surface — more than one decade later. And it was still hard to make sense of such senseless acts of hatred and destruction.

I look at my twin boys now, 14 years later, and it’s hard to believe how much time has gone by. Nor can I believe that those same boys, who weighed 5 pounds, 5 ounces and 5 pounds, six ounces, respectively, at birth, are now in ninth grade. I can still remember holding them 14 years ago, one in each arm, looking at their pure, innocent countenances and praying that they never would have to experience a day like 9/11.

But having lived through it myself, I tell them that each anniversary is always a powerful reminder to me that good, sooner or later, triumphs over evil and that faith, family and freedom are what matter most.

5 September food holidays you don't want to miss Next post 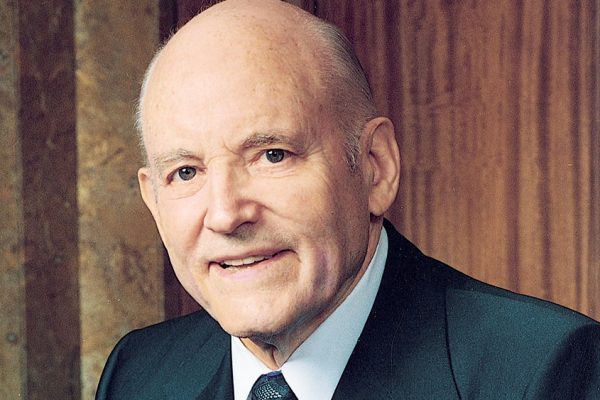 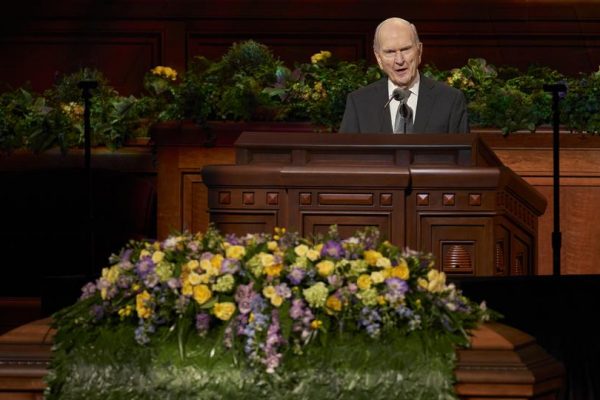 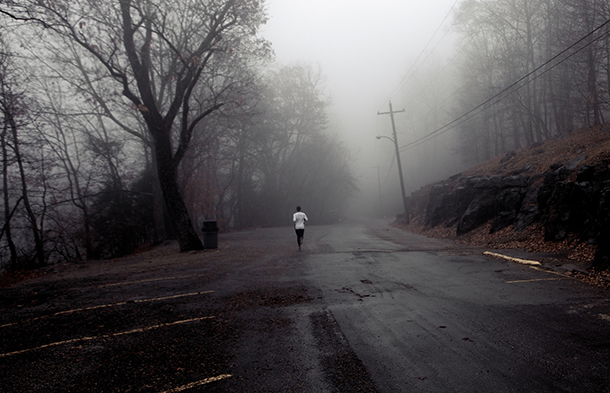