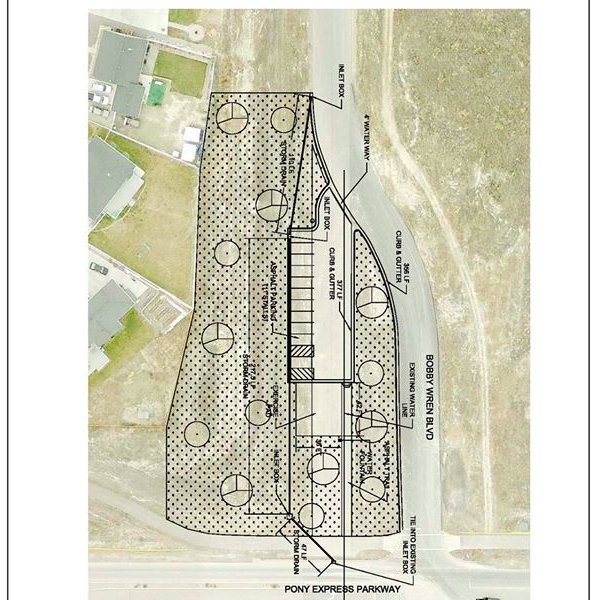 Eagle Mountain’s fitness park plans aren’t final yet, but they are planning on having pullup and pushup bars. (Image courtesy Eagle Mountain city)

In about a month, Eagle Mountain will add another offering to its roster of parks. This addition will be a fitness park.

The park is on the southwest corner of Bobby Wren Boulevard and Pony Express Parkway. It is at the end of a trailhead and will have a circuit of fitness apparatuses, said Linda Peterson, Eagle Mountain spokeswoman.

The city is in the process of ordering the equipment so nothing’s been finalized, but the equipment will include  things like pull-up bars and lower bars for pushups. A drinking fountain will help users stay hydrated.
The trail that the park is on connects the city center area to area ranches.

“It’s an opportunity for people using the trail if they want to do something above and beyond,” Peterson said. … “We have a lot of fitness enthusiasts here.”

[pullquote]”It’s an opportunity for people using the trail if they want to do something above and beyond.” —Linda Peterson, Eagle Mountain spokeswoman[/pullquote]

The city had hoped the park would be completed earlier, but now it’s looking at a finish date in late October or early November, she said. The city is debating whether to install the fitness equipment this year when it’s cold and not as many people are outdoors and the apparatuses may age from weather, or install them when it gets warmer. Of course, many Eagle Mountain residents continue exercising outside during the winter and would use the equipment.

Though this will be the first fitness park in Eagle Mountain, it’s not the first unique park in the city.

“With each park we try to do something a little different,” Peterson said.

In addition to regular parks, there’s a mountain biking park that attracts people from all over, a skateboard park and a park with a playground that’s accessible for kids with disabilities, with adapted swings and a soft, flat tile surface for wheelchair access, she said.

Eagle Mountain covers 48 square miles, and the city tries to have special features in each area, Peterson said.

“The city is always growing, and being a fairly new city we’re always looking at ways to add amenities for everybody,” she said.