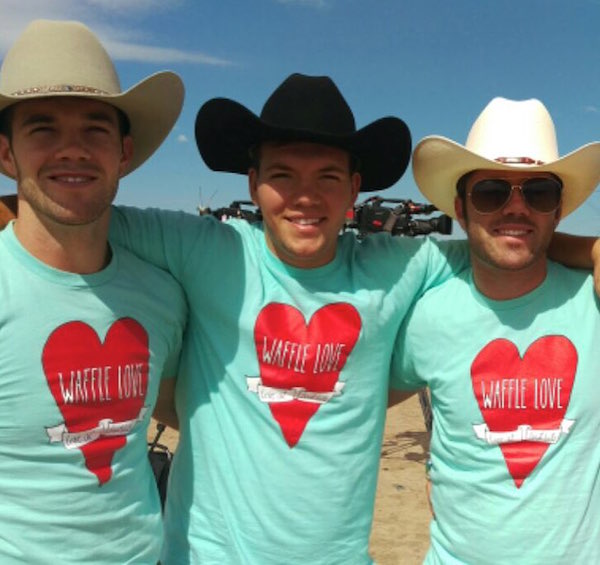 The Terry brothers pause for a photo while filming for “The Great Food Truck Race” in Amarillo, Texas. Waffle Love took second place in the season finale this week. (Photo courtesy Waffle Love)

Provo company Paper Bandit Press is in the running for Martha Stewart’s American Made  competition. The company, founded by Kim and Brett Borup, prints on vintage letterpresses, cuts paper by hand and prints on sustainable cotton paper.

To vote, go to marthastewart.com.

This week Bloomberg Business reported that Provo is second in the nation for cities where millennials are buying homes. Des Moines, Iowa was the No. 1 city where millennials were the top group of people using a mortgage to buy a house.

According to Bloomberg, most of the cities on the list are known as being cheap (and maybe a little hip).

Waffle Love owner Adam Terry and his brothers came in second on Sunday’s finale of the Food Network’s “The Great Food Truck Race.”
Terry opened Waffle Love in 2012 and now has four trucks and a restaurant in Provo.

The Town Woodshop is going to open up shop in Utah Valley, and is looking for input through a survey on what residents want out of the endeavor.

The Town Woodshop offers space, skills and tools for people interested in wood crafting. It offers safety training, experts to answer questions, quality equipment, classes and a store where people can buy hardwoods, some parts and safety equipment.

The second annual North County Summit is Oct. 9. The event features Johnathan Johnson, chairman and former CEO of Overstock.com, Scott Mitchell, former NFL quarterback and contestant on “The Biggest Loser,” and Michael Janda, author and founder of Riser Media.  The event is sponsored by the American Fork, Lehi Area and Pleasant Grove chambers of commerce. Individual tickets are $35. To register, go to lehi.chamberofcommerce.me.

General conference literary challenge: How many have you read? Previous post

20 years, 40 attractions and endless fun at Cornbelly’s this October Next post