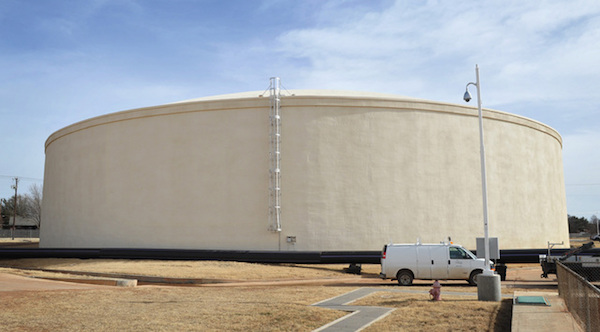 Orem is trying to put rumors to rest about Vineyard’s new water tanks — it’s not building or paying for them.

Steven Downs, Orem spokesman, said the city has gotten dozens of calls about the water issue over the last several months. It has a website set up, utilities.orem.org, with answers to frequently asked questions and information about water and other utilities. But after a recent election mailer sent by a city council candidate contained misinformation, the city decided to counter with a Facebook post.

“Recently a large number of citizens have been calling/messaging the City upset about a statement being made in the community that Orem citizen’s utility rates might be raised to pay for Vineyard’s storage tank,” the statement reads. “Let us be very clear. This statement is 100 percent false. Vineyard is building two storage tanks, in Vineyard, to meet all of their needs.”

Downs said city can’t get involved in the election campaigns, but it’s getting so many calls and comments that it needed to get the right information out.

“We wanted to get the Vineyard storage plan out there,” he said.

There might be some confusion because Orem sells Vineyard its water, but the city sells it for more than it paid. “We sell it at a premium; it’s a financial benefit to Orem to sell,” Downs said.
So when Vineyard is done building those new storage tanks, water from Orem — bought by Vineyard — will fill them.

Another reason the information may be confused is that Orem will eventually need another water storage tank. According to the Facebook post, the city borrows space in a water storage tank owned by the Central Utah Water Conservancy District. That space won’t always be available, so Orem will need to build a tank eventually, and it likely will be in central Orem, underground.

Downs said the city council hired a consultant to research the city’s water needs and make recommendations. The city now has a recommendations from the consultant, but the council hasn’t made any decisions on those findings yet. He said anyone with questions is encouraged to call the city, (801) 229-7000 or send a message on Facebook.

Intermountain wants moms to choose 'your birth, your way' Next post