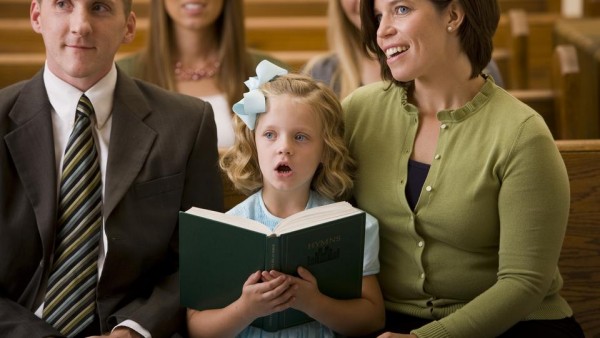 Thirty years ago, The Church of Jesus Christ of Latter-day Saints released a newly revised version of its official hymnal. The release celebrated another milestone — it was 150 years after the publication of the Church’s first book of hymns in 1835. The Church’s collection of hymns had undergone several revisions before 1985; however, few revisions have been made since.

The newly published version included both familiar favorites — only between 70 and 82 hymns were omitted in the newer version, leaving many hymns from earlier editions—and some newly submitted songs of praise (committee members evaluated 6,000 submissions for inclusion).

In celebration of the book’s 30th anniversary, here are five 1985 newcomers that have since become classics and five old hymns that didn’t make the cut.

Marvin K. Gardner was serving as chair of the Hymn Review Subcommittee and as an editor for the hymn texts when he noticed something about the submissions he was reading.

“I was surprised to find how few of them were based on Latter-day Saint scripture,” Gardner said in an interview with the Humanities Department at BYU. “Although I had never even considered writing a hymn text myself, I began looking for verses in the Book of Mormon that could be adapted into a hymn text.”

He wrote the first draft of “Press Forward, Saints,” during a stake conference session where a speaker quoted 2 Nephi 31:20.

The 1985 hymnal included several new hymns written by general authorities. “I Believe in Christ” was written by Elder Bruce R. McConkie of the Quorum of the Twelve Apostles, who passed away a few months before the hymn book’s publication. The hymn has since become a classic.

Primary songs, though well-known and well-loved by many Church members, were not previously included in the hymnal. In an interview with the Ensign, then-chairman of the General Music Committee Michael Moody said, “Sometimes we forget that our congregations in sacrament meeting are made up of children as well as adults, and the music in our meetings needs to speak to them, too.”

Other children’s songs included in the hymnal include “Teach Me to Walk in the Light,” and “Families Can Be Together Forever.”

Though many of the new additions were original songs written by living Latter-day Saints, some traditional Christian hymns were newly added to the 1985 edition. These including “Prayer of Thanksgiving” and “Angels We Have Heard on High,” among others.

Though originally penned just 13 years after the author arrived in Salt Lake City after crossing the plains, Emily Hill’s poem about sisterhood remained in LDS Church archives until those working on the new hymnal sought out a song about sisterhood and womanhood to include in the hymnal. They found Hill’s poem and invited Janice Kapp Perry write music to accompany it. Another hymn about women, “A Key Was Turned in Latter Days,” also made its debut in the 1985 hymnal.

1. “Come, Thou Fount of Every Blessing”

Easily the most controversial omission from the 1985 hymnal, “Come, Thou Fount of Every Blessing” was printed in earlier editions but left out of the 1985 version. The precise reasons why are unclear, though some reports state that the committee considered it too little-known. Mack Wilberg’s arrangement of the hymn after the book was published increased the hymn’s popularity and led many members to wonder why it was omitted at all.

“Oh, Give Me Back My Prophet Dear” was a beloved hymn written to mourn the martyrdom of the Prophet Joseph Smith and his brother Hyrum. The hymn was left out of the 1985 edition, as were many other hymns with a focus on ideas and emotions that Church members around the world might have difficulty relating to.

3. “Land of the Mountains High”

Because of the culture in the Church at the time, many hymns written in the late 19th and early 20th centuries sang the praises of not only Zion generally but of Utah specifically. “O Happy Home Among the Hills” was one of these, with lyrics paying tribute to the “mountain home” with “snowclad summits.”

Though a well-beloved figure in Provo, Utah, Dr. Karl G. Maeser wasn’t well-known among members of the worldwide Church in 1985. A hymn about him was published in the 1948 edition of the hymn book, titled “Come, Lay His Books and Papers By,” but was omitted from the 1985 hymnal.