Home LDS Choosing to write: You never know the difference you will make

Choosing to write: You never know the difference you will make 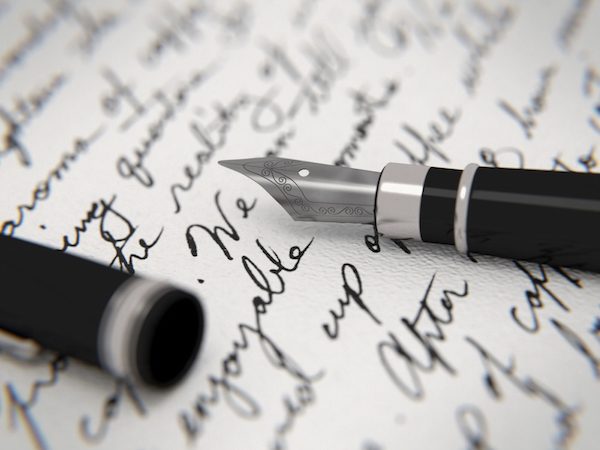 They conjure up images of swanky parties, massive bank accounts, national television appearances, limousine rides, a third home in Tahiti, heli-skiing in the Alps, and book signings with lines of fans wrapping outside the store seeking autographs.

They think of the rich and the famous.

Well, I’m living proof that you can be an author and be neither rich nor famous.

No, I’m no Brandon Mull or James Dashner.

I have written several books, which for me is something I like to call a glorified hobby. And mostly, it’s not very glorified at all. I once read that the average author earns about $2,000 a year. I also read that about 500,000 new books are published every year, and of those only 10 percent will sell more than 500 copies.

But those who truly love to write don’t do it for the money or fame.

When I was about 8 years old, I distinctly remember telling my mom that I wanted to write a book someday. It finally happened some 25 years later, in 2002, when my first novel, “Mormonville,” was published. The idea for the story was hatched in an unlikely place — the Priesthood Session of general conference in October 1996.

The concluding speaker was President Gordon B. Hinckley. As part of that talk, he read a transcript of an interview between President Hinckley and the hardscrabble 60 Minutes reporter Mike Wallace. That talk, titled “This Thing Was Not Done In A Corner,” captivated me on two fronts. First, I am a member of the Church of Jesus Christ of Latter-day Saints and, second, I’m a journalist. In my mind, I was thinking of questions I would ask as well as how I would answer Wallace’s tough questions. As was his wont, President Hinckley’s humor, and candor, disarmed Wallace at times.

“These reporters are men and women of great capacity, who know how to ask questions that come at you like a javelin,” President Hinckley told Priesthood Session attendees. “It is not exactly an enjoyable experience, but it represents an opportunity to tell the world something of our story.”

Here’s a portion of what President Hinckley shared of that transcript:

Question: “As you know, some skeptics say that major changes in Church policy have come from political pressures, not necessarily as revelations from God. For example, the business of ending polygamy, say the skeptics, wasn’t because it was revelation but because Utah wanted to become a state.”

Response: “One of the purposes of a prophet is to seek the wisdom and the will of the Lord and to teach his people accordingly. It was the case with Moses when he led the children of Israel out of Egypt. It was the case for the Old Testament prophets when people were faced with oppression and trouble and difficulty. That is the purpose of a prophet, to give answers to people for the dilemmas in which they find themselves. That is what happens. That is what we see happen. Is it a matter of expediency, political expediency? No! Inspired guidance? Yes!”

Question: “There are those who say that Mormonism began as a cult. You don’t like to hear that.”

Response: “I don’t know what that means, really. But if it has negative connotations, I don’t accept it as applying to this Church. People may have applied it; they may have applied it in the early days. But look, here is this great Church now. There are only six churches in America with more members than this Church. We are the second church in membership in the state of California. We are reaching out across the world. We are in more than 150 nations. This is a great, strong, viable organization with a tremendous outreach. … You will find our people in business institutions, high in educational circles, in politics, in government, in whatever. We are (rather) ordinary people trying to do an extraordinary work.”

Mr. Wallace: “It’s expensive to be a Mormon.”

Answer: “Oh, it isn’t expensive. We are living by the law of the Lord — tithing.”

Well, that talk had me captivated on two fronts. First, as a journalist, intrigued by the kinds of probing questions asked by Mike Wallace. Second, as a member of the Church, I was intrigued by President Hinckley’s responses.

As I walked out of the church building that night after the priesthood session, I felt inspired. My mind began to race. I asked myself a question: What if a hard-nosed, New York City journalist were to come to Utah to write a book about the Mormons? What if the reporter came incognito, with no one knowing his true motives, so he could learn first hand what the Mormons are really like? 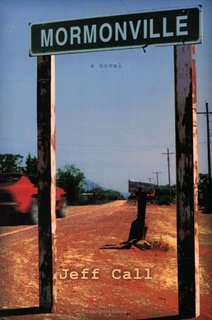 It was an idea that I couldn’t get out of my head, and I began to write down a sudden rush of ideas. I was excited to begin writing. I created the main character. I imagined the members of the Church that he would come in contact with, and the experiences he would have to go through to get understand the Mormons: Family Home Evenings, Sacrament Meetings, Primary, Home Teaching and Church ball, to name a few. My working title for the novel was “Mormonville,” which was the name the reporter, Luke Manning, gave to this strange place in which he would live for one year.

Because it was my first attempt at a full-length novel, it took me years to complete the project. It wasn’t published until August of 2002. My family grew from three to seven during those years, and I got a full-time job with the Deseret News.

I would work on the book when I could. My wife believed in me and agreed to allow me time to write. A lot of it was written when on the road for work in quiet, lonely hotel rooms in places like Albuquerque, San Diego, Colorado Springs and Fort Collins.

At one point, I lost about 100 pages of my book due to an unfortunate incident with a corrupted disk. It wasn’t quite like losing 116 pages of The Book of Mormon, but it felt like it to me. I tried to remember what I wrote, but it was difficult. It was a painful experience.

At the same time I received help in unexpected ways. In my job, with my frequent travels, I fielded questions about the Church, which helped me understand how people outside the Church view the Church. One conversation-starter has always been about the name of the newspaper I work for — the Deseret News. Often, people would mistake it for the “Desert” News, which, considering where we live, would make sense anyway. But numerous times I’ve had to explain what the word Deseret means. I had to disabuse some from the notion that it’s not some French word, and is not pronounced “Deser-ay.” Deseret originates from the Book of Mormon, I’d explain, and it means “honey bee,” symbolizing industry and hard work.

On day the Deseret News happened to hire a young reporter from the East Coast who was non-LDS, and he sat in the cubicle next to me. Unwittingly, he provided valuable background for my book. For example, he would come in one morning and talk about his experiences playing Church ball (“Why do the Mormons take it so seriously?”) and dating (“Why do the Mormon women ask if I’ve served a mission?”). To me, it was heaven-sent assistance.

But, in the fall of 2001, I completed the manuscript. It was rejected by a couple of publishers before being accepted and published in August, 2002. I received considerable feedback about “Mormonville,” with most of it — certainly not all of it — positive. One thing I learned was that two people can read the exact same book and have very different reviews of it. Some criticized me that the conversion story that is the heart of the book was too far-fetched, that it could never happen. My response to that is, I’ve heard, and know of, conversion stories that are even more far-fetched than the one I created — but are true.

[pullquote]Even if the only person who ends up reading your manuscript is your family. You never know whose life you might impact. It may be an audience of one.[/pullquote]

Some people told me “Mormonville” was a boring, time-wasting piece of fiction. On the other hand, a few people said they laughed and cried. They said it reminded them of their own conversion to the gospel. One woman told me she decided to go back to church after reading my book.

My point is, if you have the desire to write, choose to write. Even if the only person who ends up reading your manuscript is your family. You never know whose life you might impact. It may be an audience of one.

In the summer of 2013 I traveled to Ghana for a work assignment. While visiting an LDS school there, I ate a delicious lunch in an upstairs dining hall. As I finished, something prompted me to check out the nearby book shelf. To my astonishment, a couple of copies of “Mormonville” sat there. When I asked where these books had come from, I was told that years earlier, Cedar Fort Publishing’s Lee Nelson, had brought them, along with other books.

Who would have guessed that one of my books would make it to Africa before I would? 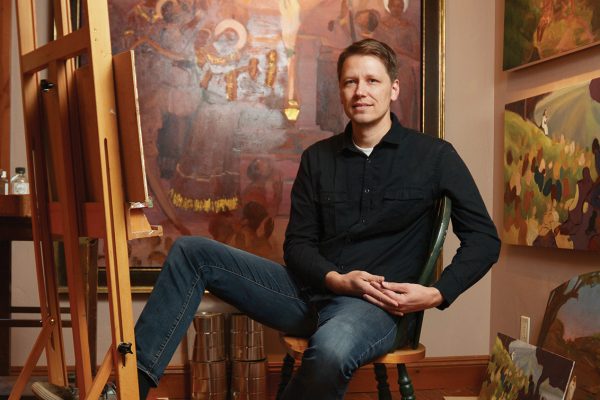 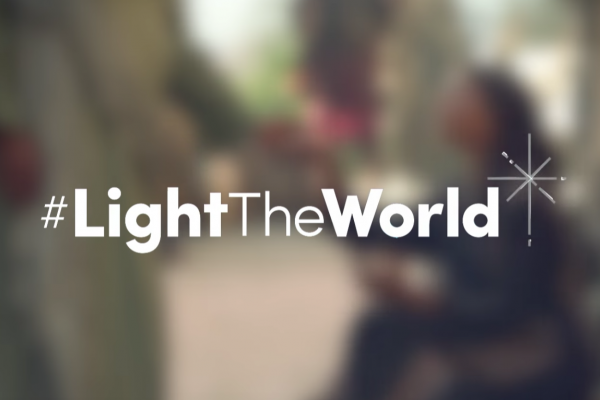