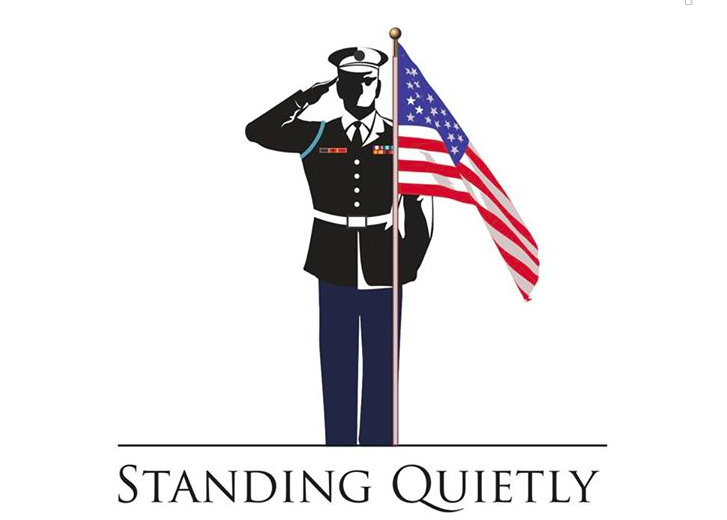 Last Veterans Day Jonathan Walker was in his Army uniform, standing on the Lehi 500 East bridge over I-15 alone, saluting, with cars passing under and behind him. This year the bridge will be closed and he’ll be joined by fellow veterans, residents and hundreds of kids from area schools — all to honor those who’ve served in the military and remind people passing by that Nov. 11 is Veterans Day.

Walker, a Lehi resident, said he felt prompted last year to do something to honor fellow veterans that day — he flew Blackhawk helicopters and has been out of the military for about 15 years. He’d thought about standing for a couple of years, and after a sleepless night before, put on his uniform, took a U.S. flag and stood on the bridge.

“I was pretty nervous,” he said. “I didn’t know how it would go over. I didn’t want to be seen as a showboater.”

It started out a little awkward for him, but then people were driving by and honking their support, and some even stopped to talk to him. An older man stopped by and they cried together. A mother who homeschools brought her kids. And another lady brought him some hot chocolate.

At first he didn’t want to give out his name, but after getting a lot of positive feedback Walker decided to start an organization to honor veterans and bring awareness to veterans issues, called Standing Quietly. He built a website and Facebook page and had people in 14 locations standing to honor veterans on Memorial Day. For Veterans Day, he anticipates people standing in 10-15 locations in Utah, and in Missouri and Minneapolis. There may be more locations, organized by people inspired by the original Lehi event last year.

Lehi City got involved, and the police will close the bridge for the event — the public is welcome. There will be a motorcycle and military vehicle ride starting at the Harley-Davidson dealership at 555 S. Geneva Road in Lindon. That group is meeting at 7:30 a.m. and will line up at 8 a.m. and leave at 8:15 a.m. They will take I-15, pass under the Lehi bridge, get off the freeway and end up at the bridge for the event, which goes from 8-10:30 a.m.

There will be 60 flags on the bridge, tents, hot chocolate, coffee and doughnuts, Walker said. There also will be a flag ceremony.

“It’s kind of a big change from last year with one guy,” Walker said. “Maybe Veterans Day won’t just be a holiday that’s a non-event.”

On Monday, Walker, who’s been flying for Skywest Airlines for nine years, is off to ground school to become a captain.

Highland
9:40 a.m.
Mountain Ridge Jr. High, 5525 W. 10400 North
Veterans Day assembly. All military veterans and persons currently serving in the armed forces are invited to attend, along with their families, friends and the general public.

Springville
Visit Springville Museum of Art, 126 E. 400 South, the week of Veterans Day to receive a free art book. The museum will be open until 5 p.m. on Veterans Day. You may also leave veterans names at the museum for display.

Free for veterans on Veterans Day

Christmas in Fashion with InstaFamous Rachel Parcell Next post