Home News Celebrity Strike up the band: The explosive nature of The Strike’s career

Strike up the band: The explosive nature of The Strike’s career 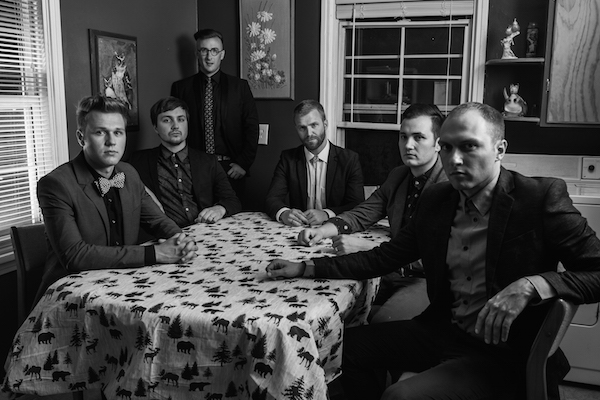 The Strike’s first performance was at a BYU talent show. (Photo courtesy The Strike)

Influential musician – “Paul McCartney. And my dad. In fact, my parents met in a band at BYU, and my dad let me have his bass when I was 10.”

Performance – Talent night at BYU. Even then, the band members wore their signature slim suits and skinny or bow ties.

Chris Crabb had always imagined himself as a bass player. Or an attorney. Not as lead singer of The Strike.

“We’re counting down, we’re getting ready for lift off.”

That’s the first line to The Strike’s hit song, “Atom Bomb,” but it could just as easily describe the band’s recent surge in popularity that has set them on fire in the Provo music scene. “Atom Bomb” alone has been featured in two viral YouTube videos, and treadmill dancers rocked out to it on national television on an “America’s Got Talent” performance. And not once, but twice, The Strike has performed in the Stadium of Fire Fourth of July celebration.

The band’s classy take on funk pop (think rock ‘n roll meets ‘70s horn band) stands apart from the more traditional guitars-and-drums, though it has those, too.

And like most bands in Provo, The Strike had its share of humble firsts. Unlike most bands, they were devious firsts — like the first conversation Chris Crabb, lead singer of The Strike, had with his friend about starting up a band.

“I like to tell people that one of my friends manipulated me into starting the band,” Chris says.  “We had been in a band together a while ago, and he wanted to start up again and write original music with me. He told me it would just be ‘one time.’”

Chris was studying French at BYU and studying for the LSAT, considering becoming an attorney like his dad. He even interned at law offices before he realized it wasn’t for him.

“I thought I was going to go into law, so I was very averse the idea of starting a band,” Chris says. “But once we started performing and building an audience, it became addicting.”

His first plan wasn’t to be the lead singer. Having grown up playing the bass, he thought his skills would better support the band on the instrumental end of the music. That didn’t last long.

“I had always liked singing, and I finally realized my talents cater more to being a performer and front man, being freed from playing an instrument,” Chris says.

The Strike’s first performance, like its inception, was arranged deviously. A band member signed the band up for a talent night at BYU without telling everyone else. But they went along with it anyway. Between Chris’s self-described “bombastic” performing style and the band’s tight music, he tallies it as a success.

“I didn’t really want to do it, but we did, and it ended up being really cool,” Chris says. “I’ve since seen the video of our first performance, and we weren’t good, but we had our own energy right off the bat.”

That energy fueled rehearsals and brainstorming sessions until they released their first original song, “Robbing Me Blind.” From there, they released an EP, frequently took the stage at Velour and watched their fan base grow as they performed at corporate, university and other local events. Chris says The Strike is still refining its style, but one thing has been and always will be the same — the band’s energy and attitude.

“We don’t take what we do too seriously,” Chris says. “We’re not here to be perfect. We’re here to get on stage, make the audience feel at ease and forget about life for a little bit.”

All in a Saturday's Work: Father of ‘Mormon pop music’ compelled to remake ‘Saturday’s Warrior’ Next post 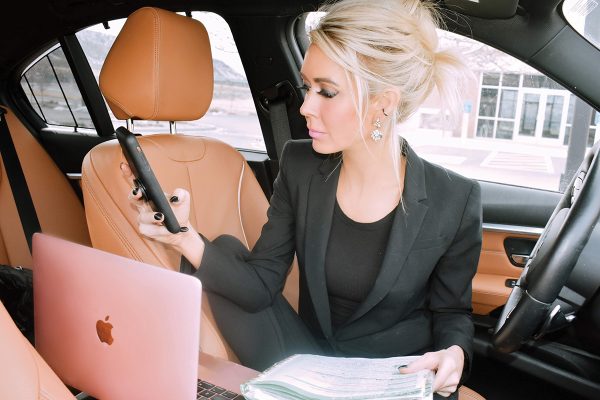 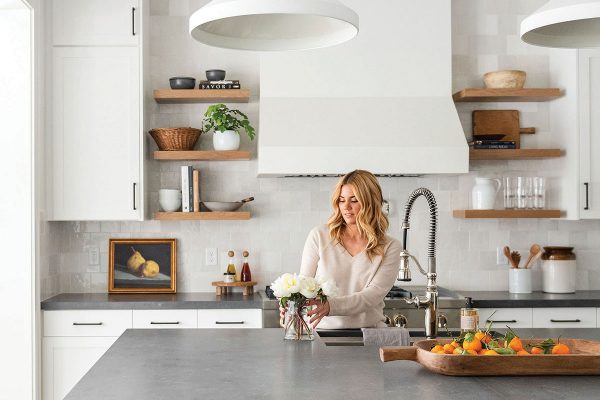