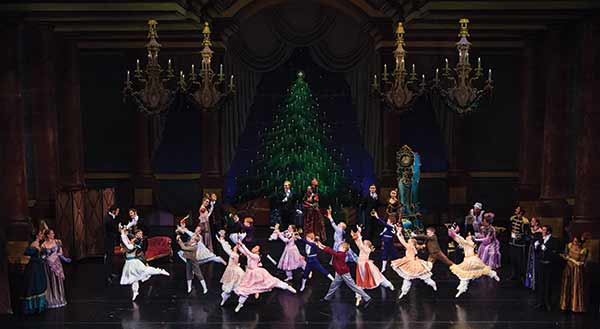 Out of the hundreds of young dancers from all over Utah who auditioned for The Nutcracker, 28 from Utah County’s Ballet West Academy made the cut for this year’s performance. (Photo courtesy Luke Isley)

Downstairs in Salt Lake City’s Capitol Theater, the young Utah County ballet dancers are getting ready. Crewmembers help button and zip up their costumes and work themselves into a cloud of hairspray and powdered blush as they arrange hair and apply makeup.

This year, 28 dancers (8 to 16 years old) from the Ballet West Academy in Lehi are performing in Ballet West’s 60th season of The Nutcracker. After auditions in early September, those who made the cut got right to work.

“Twice a week from October to November, these dancers travel from all parts of Utah County to attend rehearsals in Salt Lake,” says Jennie Creer-King, principal instructor at Ballet West Academy. “And that’s on top of their regular rehearsal at the academy.”

“Having danced in The Nutcracker as a party girl when I was six, all the way to performing as the snow queen, it’s wonderful for me to see the children from my little academy get to perform on stage,” Barbara says.

For some, it’s their first time performing in The Nutcracker; for others, it’s their second. But all are committed to bringing the magic of the classic Christmas ballet to life.

Meet seven of the young Utah County dancers performing in this year’s “The Nutcracker.” 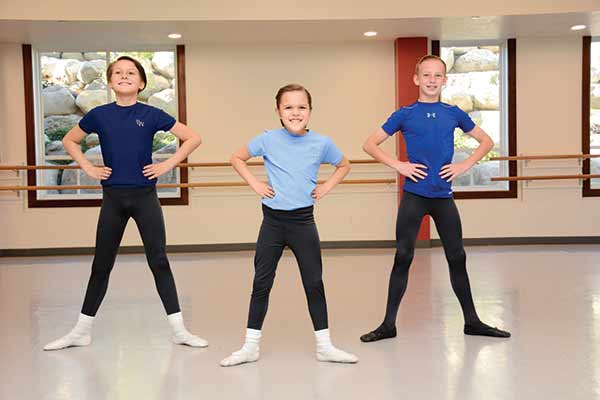 From the left: Liam Delrieu, Tama Delrieu and Chad Johnson.

Liam Delrieu
Age: 11
City: Lehi
Nutcracker role: Party boy
Tricky tryouts: “I was worried I might be too tall to make it this year — but I get to be a party boy, like I was last year. Maybe one day I’ll get to be one of the Russian dancers in The Nutcracker.”
Favorite Christmas tradition: “Same as my little brother — making cocoa rice.”

Tama Delrieu
Age: 8
City: Lehi
Nutcracker role: Spank boy
Tricky tryouts: “I tried out last year, but I didn’t get in because I was too young. I was medium nervous to try out this year. But I played ‘Just Dance’ on the Kinect to get ready.”
Favorite Christmas tradition: “My mom and dad make cocoa rice (a Samoan dish). Don’t challenge my dad in making cocoa rice, because he always makes the best — even though my mom is the best at cooking anything.”

Chad Johnson
Age: 11
City: Highland
Nutcracker roles: Party boy, mouse prince
Tricky tryouts: “I started doing ballet last year, one week before the Nutcracker auditions, so I didn’t make it. But this year I tried hard in my audition, so I was happy to make it with my friends.”
Favorite Christmas tradition: “We always go to my grandparents’ house to open presents.” 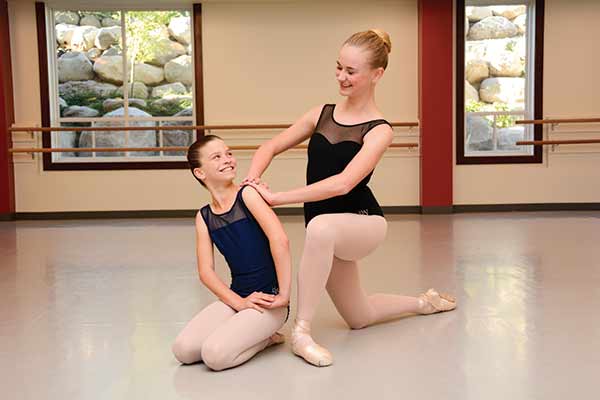 From the left: Sahaja Rutledge and Zoe Bastian.

Sahaja Rutledge
Age: 10
City: Payson
Nutcracker role: Trumpeter
Tricky tryouts: “I was the sister of the spank boy last year, so even though I had tried out before, I was still nervous. But I warmed up with my friends and that helped us take our minds off of it.”
Favorite Christmas tradition: “We go to my aunt’s house on Christmas Eve and have a big feast. I love the mashed potatoes and gravy.”

Zoe Bastian
Age: 14
City: Provo
Nutcracker role: Lady in waiting
Classic costume: “I was a page last year and wore poofy sleeves and pants with a cape and funny hat — so I’m excited to be a lady in waiting. It’s a more graceful part, plus the costume has a pretty gown with a headpiece and veil.”
Favorite Christmas tradition: “We always go to my grandma’s house, watch ‘Scrooge’ and make homemade egg nog.” 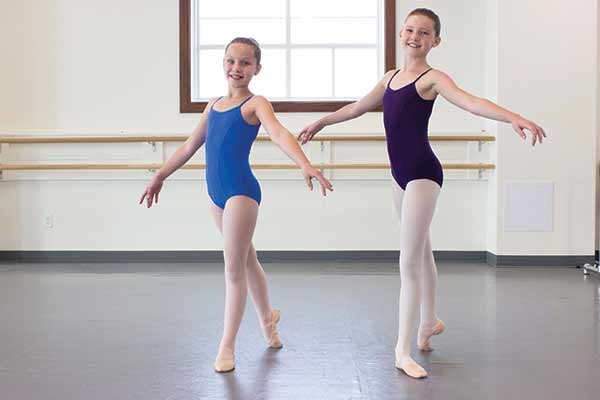 From the left: Marli Thompson and Eva Thompson.

Marli Thompson
Age: 9
City: Highland
Nutcracker role: Party girl
Tricky tryouts: “This was my first time auditioning for The Nutcracker, so I was a little nervous. I got a lot of goosebumps, but it was fun. I’m excited to perform with my sister.”
Favorite Christmas tradition: “When we do nice things for people, we write it down and put it in a white envelope. On Christmas day we read them aloud and get to hear about all the nice things everyone did.”

Eva Thompson
Age: 11
City: Highland
Nutcracker role: Clara
Classic costume: “I was a party girl last year, and this year I was asked to audition for Clara. I was so nervous I wasn’t going to make it, but then I got the part! I’m excited. I get to wear a pink party dress, a nightgown and a tutu.”
Favorite Christmas tradition: “Going up to our cabin at Sundance to play games with my cousins.”