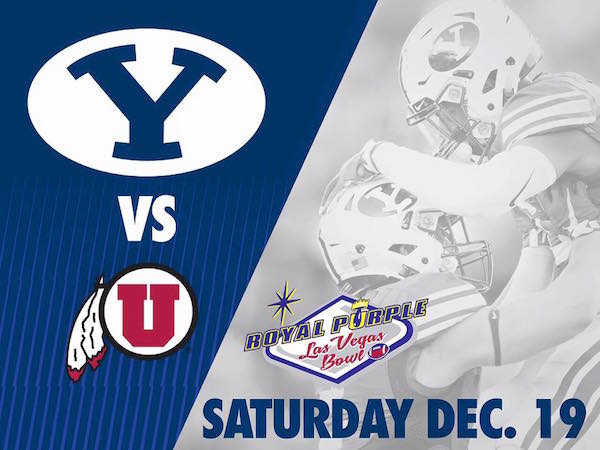 This weekend was a historic weekend for BYU athletics. Multiple times BYU fans took over Twitter reacting to major announcements on games, personnel changes and game reports. If you missed the news, here are five pieces of BYU sports news every BYU fan needs to know.

While the two in-state rivals have played for years — with Utah leading the overall series 54–31–4 — this is the first time the in-state rivals will meet in a bowl game.

“We are looking forward to this unique opportunity of playing against a rival like Utah in the Royal Purple Las Vegas Bowl,” BYU head coach Bronco Mendenhall said. “This will be the first time this rivalry game has taken place in a bowl setting so it has some historic significance as well being a great matchup between two teams that have had outstanding seasons. This will be our 11th straight bowl game and I’m definitely looking forward to coaching this team one last time as we take the field in Las Vegas striving to achieve our 10th win of the season.”
The Holy War continues in Las Vegas at the Sam Boyd Stadium on Saturday, Dec. 19, at 12:30 p.m. PT (1:30 p.m. MT). The game will be broadcast live nationally on ABC.

Tickets can now be requested at BYUtickets.com. Tickets are $95 each and include all fees. Visit byutickets.com/royal-purple-las-vegas-bowl for detailed information on how to purchase tickets to the Royal Purple Las Vegas Bowl.

“Virginia reminds me of a lot of BYU when I was named the head coach here,” Mendenhall said in a press conference Friday night. “I see tremendous chance for growth and opportunity. I love to build. I like challenge. I like growth. I like learning. I see a fantastic challenge and opportunity with real and tangible results that can happen. I’m passionate to help the players there experience that.”

Mendenhall confirmed Monday morning he will be looking to bring BYU assistant coaches with him to Virginia.

The bowl game against Utah will be Mendenhall’s last game — and his chance to end his career at BYU with his 100th win — coaching for BYU. For more information on Mendenhall leaving BYU football, click here. 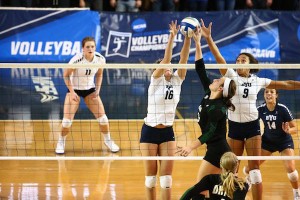 After struggling in the first game of the NCAA tournament this weekend, the BYU women’s volleyball team found their rhythm and never looked back. BYU defeated Ohio 3–1 (19–25, 25–23, 25–17, 26–24) Friday night at the Smith Fieldhouse.

The No. 13-ranked Cougars advanced on Saturday night to play Western Kentucky in the second round of the NCAA tournament, easily sweeping WKC in three games (25-23, 25-17, 25-20).

With the wins, BYU advances to the Sweet 16. This will be BYU’s fourth straight appearance in the Sweet 16. BYU will face No. 4 seed Nebraska in the regional semifinals in Lexington, Kentucky, on Friday, Dec. 11.

Senior Chase Fischer led the team in scoring with 21 points and senior Kyle Collinsworth posted his 25th career double-double.
“To be able to come in here and win that game is really big,” BYU head coach Dave Rose said. “Hopefully, we can springboard with this and get the team going.”

The Cougars didn’t have freshman guard Nick Emery, the second lead scorer on the team, because he was suspended for punching Utah’s Brandon Taylor in the in-state rivalry Wednesday night.

The Cougars play their third consecutive in-state game on Wednesday against Utah State at 7 p.m. in the Marriott Center.

Rydalch was named tournament MVP. Junior Makenzi Morrison Pulsipher added 16 points, going 2 for 6 from behind the arc, and junior Kalani Purcell chipped in 12 points, 10 rebounds and seven assists to record her fourth double-double of the season.

“This was a great defensive effort and a huge win for our program,” BYU head coach Jeff Judkins said. “Everyone came in and did what they were supposed to do. Lexi had probably one of her best all-around games. Makenzi did a great job defending their top player. Kylie had another tremendous game and she handled their pressure. She did a great job.”