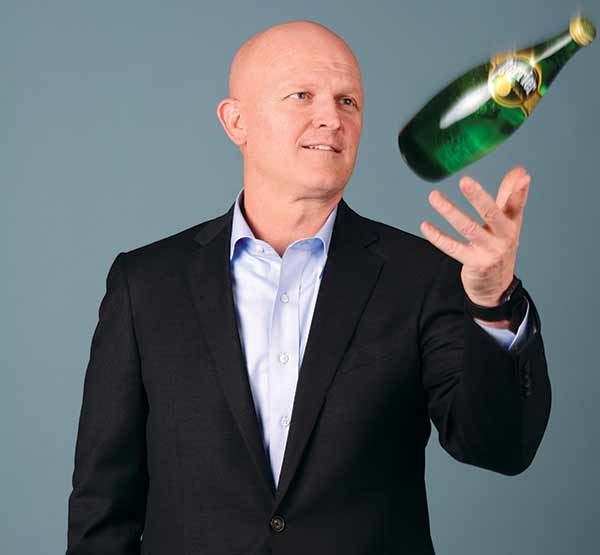 Marty Haws, 50, is an executive for Social5 in Draper. (Photo by Dave Blackhurst)

It’s impossible not to follow —and like — Marty Haws. Not only is the Alpine resident an executive for Social5, a social media content company, he’s a former BYU basketball star — and father to two more BYU basketball stars (Tyler and T.J. Haws). What’s more, he’s used his star power to brighten the world around him. Together with MLB MVP Dale Murphy, he co-founded the I Won’t Cheat! Foundation, an organization that has reached 4 million children and put on more than 50 events a year about character education. Way to keep your eye on the ball, Haws.

Drink Order “Sparkling water. It became my favorite while living in Europe.”

Coolest Business Moment Having millions of kids take the “I Won’t Cheat” pledge and being part of the Little League World Series.

Coolest Advice Received Less is more. Say it in 30 seconds — or don’t say it at all.

Coolest Client Interaction Jumping up and down —hugs included — when he shot a trophy Whitetail.

Coolest Business Failure Trading Apple options. It taught me to tread lightly in the deep end of the pool.