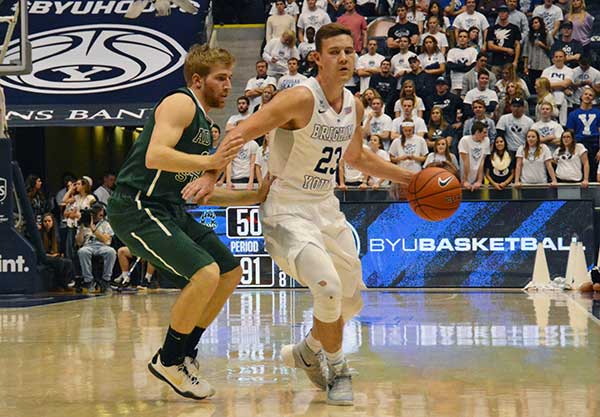 “We’re grateful for Cory’s hard work and dedication,” Rose said in a press release. “We wish him the very best with the rest of his collegiate career.”

The 6-foot-3 guard from Parker, Colorado has played in five games this season, totaling five points and five rebounds. Calvert averaged  1.9 points and 0.9 rebounds while helping BYU to a 24–12 record and a trip to the semifinals of the NIT in Madison Square Garden during his freshman year from 2012–13.

“I’m really appreciative of my time here at BYU,” Calvert said in a press release. “I’m grateful for the support from my coaches, teammates and our fans. I wish BYU the best of luck the rest of this season.”

The announcement comes less than a month following freshman guard Cooper Ainge’s decision to leave the BYU basketball team. BYU’s basketball team began the season with 16 players on the roster. Now the roster is down to 14 players with sophomore guard Elijah Bryant and freshman center Alan Hamson both redshirting this season.