Home LDS Being LDS How science explains the Star of Bethlehem

How science explains the Star of Bethlehem 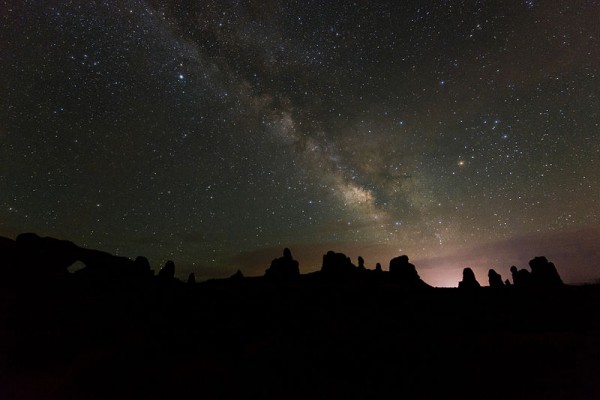 As we celebrate the birth of Christ this week, Christians around the world are rereading and retelling the story of the nativity. The story is rich in imagery, complete with angels, shepherds, innkeepers and a new star in the East.

The story has been told and retold so many times that it can sometimes feel more like folklore than a recorded event. But the story is true, and science can verify it — or at least it can try, specifically in the case of the star.

It’s difficult to say with definitive authority what the Star of Bethlehem actually was. However, scientists have a few plausible theories. Here are the most prominent: 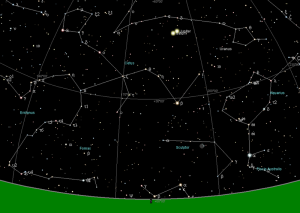 One theory of the Star of Bethlehem suggests that it was the alignment of two planets that gave the appearance of a single bright star. This image shows one scientist’s calculation of what the Jerusalem night sky probably looked like at the time of the Savior’s birth.

The theory most often repeated, and probably the most likely, is that the Star of Bethlehem was actually a planetary conjunction — the coming together of two planets in the sky that appears as a single, bright star.

David Hughes, an astronomer from the University of Sheffield, first published this theory in 1976. He wrote, “The Star of Bethlehem was probably a triple conjunction of Saturn and Jupiter in the constellation of Pisces, the significance of which was only obvious to the Magi of Babylonia. This occurred in 7 B.C. and events indicate that Jesus Christ was probably born in the Autumn of that year, around October, 7 B.C.“

In an interview with the blog Science 2.0, Fred Grosse, a professor of physics and astronomy at Susquehanna University, identified this explanation as a likely one.

“In 6 B.C.E., Jupiter and Saturn passed each other three times, in May, September, and December — a triple conjunction,” he said in his interview. “Since the actual year of Jesus’ birth is tough to pin down, an event in 6 B.C.E. remains a good candidate to explain what the Magi saw.”

If not a planetary conjunction, the Star of Bethlehem may have been a supernova. “Nova” is latin for “new,” which is an interesting tie to the Book of Mormon account of a “new star” (see 3 Nephi 1:21 and Helaman 14:5).

A supernova is a star that has suddenly increased in brightness and therefore appears to be a new star in the night sky. The BBC reports that astronomers in the Far East — perhaps like the wise men who came to Jerusalem — recorded the arrival of “a new star in the small, northern constellation of Aquila in 4 B.C.”

Finally, some scientists say the Star of Bethlehem may have simply been a comet that arrived around the time of Christ’s birth.

This possibility appeals to some people of faith who believe the scientific explanations miss the point of the miraculous occurrence. The Christian Research Institute reports that John Calvin believed the Star of Bethlehem “was not a natural star, but extra-ordinary, for it was not of the order of nature … None of this accords with natural stars. It is more probable that it was like a comet, seen in the atmosphere rather than in the heaven.”