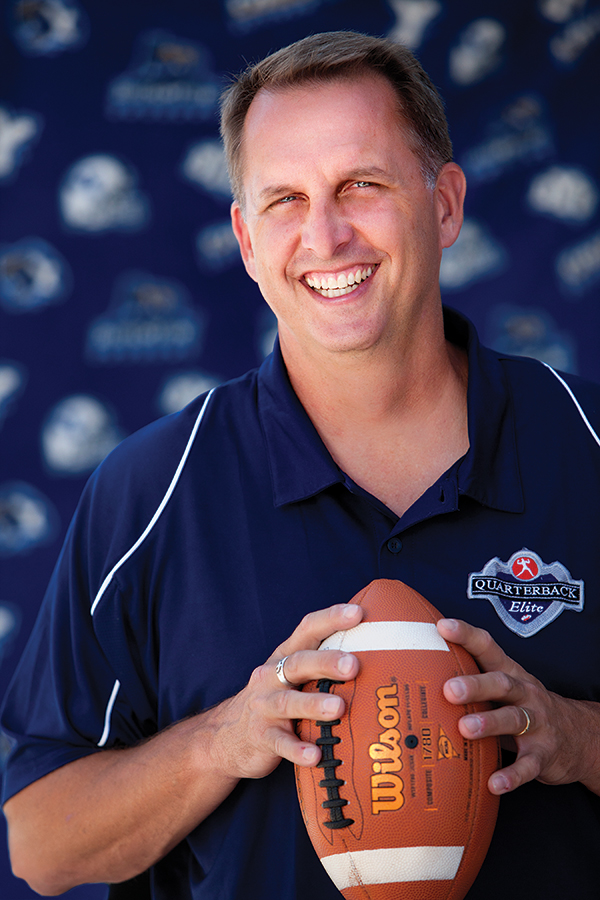 “It’s an honor to announce Ty Detmer and Ilaisa Tuiaki as the offensive and defensive coordinators on our coaching staff at BYU,” Sitake said. “Each has an exceptional football mind and a real passion to help our young men succeed on and off the football field.  I am looking forward to working with them as we complete our staff and prepare our team for the 2016 season.”

Detmer played quarterback for the Cougars from 1987–91, winning the Heisman Trophy in 1990. The College Football Hall of Famer holds BYU career records for passings yards, touchdowns and total offense among others. He also holds NCAA records with fifth place in passing yards (15,031) and seventh in career touchdown passes (121).

Following his time at BYU, he was drafted by the Green Bay Packers. Detmer played for five different NFL teams over the course of 14 years. Over the past six seasons, Detmer has been the head coach at St. Andrew’s Episcopal, a private high school in southwest Austin, Texas.

A 1991 graduate of BYU in recreation administration, Detmer is married to the former Kim Herbert and they have four daughters, Kaili, Aubri, Mayci, and Rylli.

“My family and I are extremely excited to be part of the football program at BYU again,” Detmer said. “I feel it is the right time to make a move and jump in head first. I couldn’t be more excited.”

Tuiaki also has BYU roots after growing up down the street from LaVell Edwards Stadium.

Tuiaki played running back at Southern Utah University for two years after transferring from Snow College. He served as a missionary for The Church of Jesus Christ of Latter-day Saints in the New York, New York South Mission from 1998–2000. Tuiaki and his wife Viola have six children, sons Laveatu’u, Lolo and Hilamani, and daughters Uini, Leisinia and Heilala.

“I am excited to be back home,” Tuiaki said. “I’ve always been a fan and tied to the BYU program growing up just down the street from the stadium. I’m grateful to the Oregon State family and for Coach Andersen and everything he’s done for my career. I am really looking forward to this new opportunity to work with Kalani and help the great young men at BYU reach their goals.”

No other coaching staff announcements have been named and specific coaching assignments won’t be named until the rest of the staff is set.

How science explains the Star of Bethlehem Previous post

In it for the pin: 16-year-old Mapleton girl excels at wrestling Next post