Home Life In it for the pin: 16-year-old Mapleton girl excels at wrestling

In it for the pin: 16-year-old Mapleton girl excels at wrestling 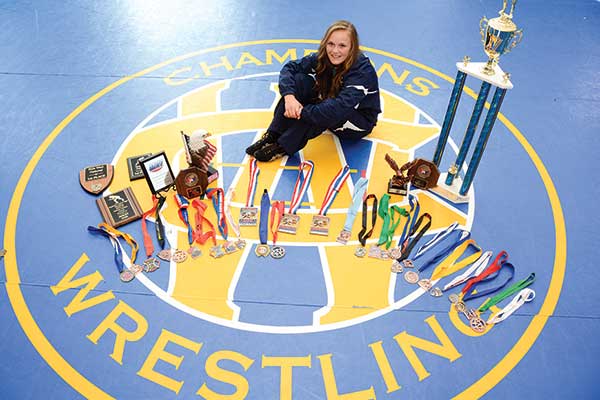 After seeing Hailey’s wrestling career take off, her parents, Jodie and Bill, decided to move from their home in Herriman to Mapleton, where Hailey’s coach, Craig LaMont, lives and coaches. (Photo by Alisha Gallagher)

Eight-year-old Hailey Cox was sitting in the Wasatch High School gym watching her older brother compete in a wrestling match. Her dad, sitting next to her, told her she could try wrestling, too, if she wanted. She said yes.

“I kept seeing my brother win medals, and it looked like fun to compete and win,” Hailey says. “My dad was a wrestler, and both of my brothers were, too, so I decided I might as well try it.”

Hailey tried it and excelled. She won her first match, lost her second. But by the time she reached sixth grade, she found her footing and became the champion she hoped to be. As a sixth grader, she became the first girl in Utah to win a Super State folk-style wrestling championship — in the boys’ division.

That was a major victory for Hailey, athletically and emotionally.

“I struggled with anxiety,” Hailey says. “When I was little, I used to cry at night because I didn’t want to go to school the next day. But since I started wrestling, I have less anxiety and more confidence. I wouldn’t have learned that with any other sport.” 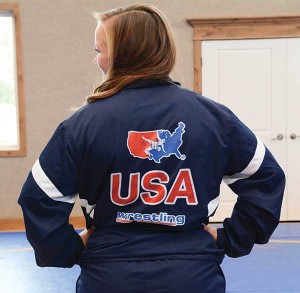 First international competition: The 2014 Pan American Cadet Championships in Recife, Brazil. Hailey brought home the gold in her weight class of 43 kilograms (around 95 pounds).
First major wrestling loss: The 2014 Body Bar World Championships in Slovakia. “It was a close match and I thought I was winning. But I wasn’t. Coach literally passed out from yelling so hard, hoping I would keep going. I was so disappointed I lost. Our USA team took fifth overall.”

Hailey’s winning record propelled her to compete in her first international competition in 2014. She and nine other girls made Team USA at the Pan American Cadet Championships in Brazil. The night before the tournament — thousands of miles away from home, getting ready to compete for the first time against champions from around the world — Hailey was feeling the pressure.

“I was getting nervous, but I remembered something my coach said,” Hailey says. “He always reminded me not to put my competitors on a pedestal and to not be afraid. That helped me go out the next day and have fun.”

She not only had fun, she came home with her head held high, a smile on her face and a gold medal around her neck. Another proud moment for her family and friends, another exciting win for her coach and another first place for Hailey.

Long-term, Hailey is training to make the 2020 Olympic wrestling team. Short-term, she’s winning match after match and otherwise living the normal life of a 16-year-old girl.

“My friends respect me for wrestling, and a bunch of them have started wrestling because of me,” Hailey says. “I’ve had friends tell me, ‘I had heard a lot about you before we met, and I was a little scared of you. I didn’t think you would be so nice.’ But then they see I’m just a normal girl.”

Everybody has a story: Harmony and hockey Next post