For Utah Valley, 2015 was a year of losses, with community leaders who died too young, a young woman who disappeared without a trace, and a beloved football coach who decided it was time to move on. Then there were the losses that weren’t so bad, at least for some — tax increases that went down at the polls, and a decision to move a high school from an old, deteriorating building to a brand-new campus. 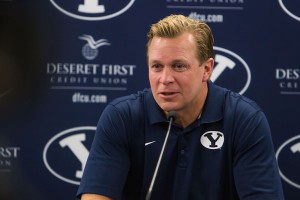 An emotional Bronco Mendenhall address the media a couple of hours after BYU annouced that Mendenhall was leaving to coach at Virginia University. Mendenhall spent most of the press conference with his eyes closed, looking down and wiping away tears. (Photo by Ari Davis/The Universe)

Mendenhall led BYU to 11 straight bowl games, two conference championships and national rankings. Virginia and BYU are scheduled to play in 2019 and 2023, but Mendenhall plans to ask that those games be postponed if he’s still coaching at Virginia then.

The Provo School Board voted in December to move Provo High School to a new location, 1300 N. Lakeshore Drive. Though this move will give the school a brand-new building, the decision isn’t without controversy. Residents are upset about the school leaving the central location, near BYU, and what it will mean for the area and travel times for students.

The district’s aiming to have the school done in 2018. Its current campus is up for sale now — there are multiple offers, according to district spokesman Caleb Price, but the district’s not saying who’s offering or how much. People have speculated that those interested include BYU and IHC. There’s no timeline for the sale.

Tax increases won at the polls in Provo — a sales tax to fund recreation, arts and parks — and Springville — an $11.2 million bond to build a new aquatics and activity center.

But they failed in two other cities. Spanish Fork voters rejected a $39.25 million bond for a Life Center, which would include a library, senior center and recreation center with indoor pools. And Lehi residents refused a sales tax to fund its recreation, arts and parks.

Utah County voters also rejected Proposition 1, which would have increased the sales tax rate county wide by .25 percent to fund transportation and mass transit projects. If it had passed, the funding would have been distributed between each city, the county and UTA.

Twenty-six-year-old Elizabeth Elena Laguna Salgado was last seen at 2 p.m. April 16 when she left the Nomen Global School, 384 W. Center St. in Provo. Her cell phone hasn’t been used, she hasn’t logged into social media accounts and there’s been no activity on her financial accounts since she was last seen. There have been searches for her; she’s listed as “missing endangered” with the National Crime Information Center and Statewide Information Analysis Center; she’s the subject of a “be on a lookout” alert to police in Western states; and Homeland Security and the FBI were notified about her disappearance.

There’s now a $50,000 reward for information leading to her discovery. 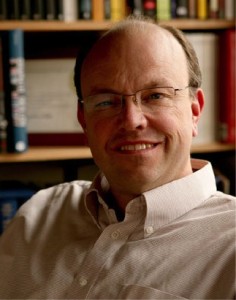 Former Utah House speaker Becky Lockhart died Jan. 17 of Creutzfeldt-Jakob Disease, an extremely rare and always-fatal brain disorder that leads to a rapid decrease of mental function and movement. She was 46.
Lockhart, of Provo, was the state’s first female House speaker. She served in the Legislature from 1999 to 2014. Lockhart is survived by her husband Stan and three children.

Provo City Councilman Stephen Hales died Jan. 21 of cancer. He was 55. He’d only served a year on the council, but spent years as a community leader including 16 years on the Provo Landmarks Commission. His wife replaced him on the council for the rest of 2015.

Hales is survived by his wife Calli and six children.

8 New Year's resolutions to make as a family Previous post

16 New Year's Resolutions from the prophets for 2016 Next post