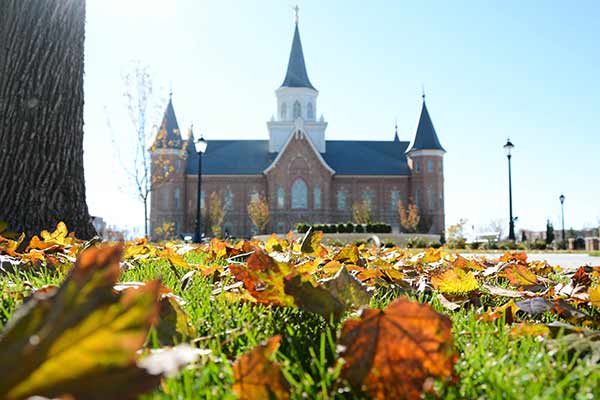 Reservations to the Provo City Center Temple Open House will be available on Monday, Jan. 4, beginning at 10 a.m. online at tickets.lds.org or by phone at 855-537-2000.

The Provo City Center Temple will hold a free open house for the public from Friday, Jan. 15 through Saturday, March 5. It will run every day except for the Sundays. Both members of The Church of Jesus Christ of Latter-day Saints are invited as well as the general public not associated with the Church.

The Provo City Center Temple, located at University Avenue between Center Street and 100 South, is the 16th temple in Utah and the second temple in Provo.

For 112 years the Provo Tabernacle stood where the Provo City Center Temple is being reconstructed. On Dec. 17, 2010, an early-morning fire destroyed the historic tabernacle, leaving only the shell of the building standing. LDS leaders decided to use the tabernacle’s exterior to house the new temple.

Learn more about the Provo City Center Temple from the media day with the architects here.