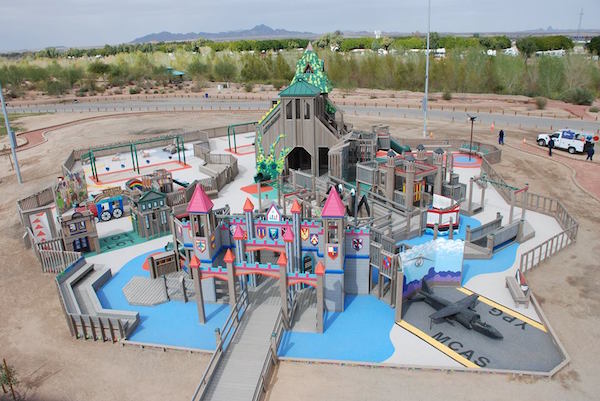 Orem is putting playground design in the hands of children.

The city is building a new all-abilities playground at City Center Park, near the library, with equipment and features that allow all children a chance to play at the park. It will replace the current playground there and upgrade the restrooms. Called the All-Together Playground, Orem plans for it to be designed and built this year.

The city announced today that the park’s designers, Leathers and Associates, will be at three Orem elementary schools — Scera Park, Orchard and Northridge — on Jan. 14 to get ideas from kids on what their dream playground would look like.

But if your child doesn’t attend one of those schools, don’t worry — the city wants ideas from all kids in the community. So it’s put out a form for drawings that can be submitted to alltogether@orem.org.

Then at 6:30 p.m. Jan. 14, the designers will unveil the initial design for the playground at an event at the Orem Senior Friendship Center, 93 N. 400 East. There will be games, activities and refreshments at the event.

The playground will cost an estimated $500,000 to $600,000. Last year the city appropriated $150,000 from CARE tax funds for the project. Orem officials have been meeting with individuals and businesses interested in donating larger chunks of money to the effort, Steven Downs, assistant to the city manager, has said. It’s also partnered with Kids on the Move and United Way of Utah County.

The city raised around $700 at the Christmas tree-lighting ceremony for the project, and has an ongoing fundraiser with fence pickets and pavers for the future park, Downs has said. For $50 you can get your name (or your family, children or business) on a picket on the fence that will surround the playground; for $100 you can get your name on a paver on the walkway connecting the playground to the walking trail.

For more information about the playground, go to alltogetherplayground.com.