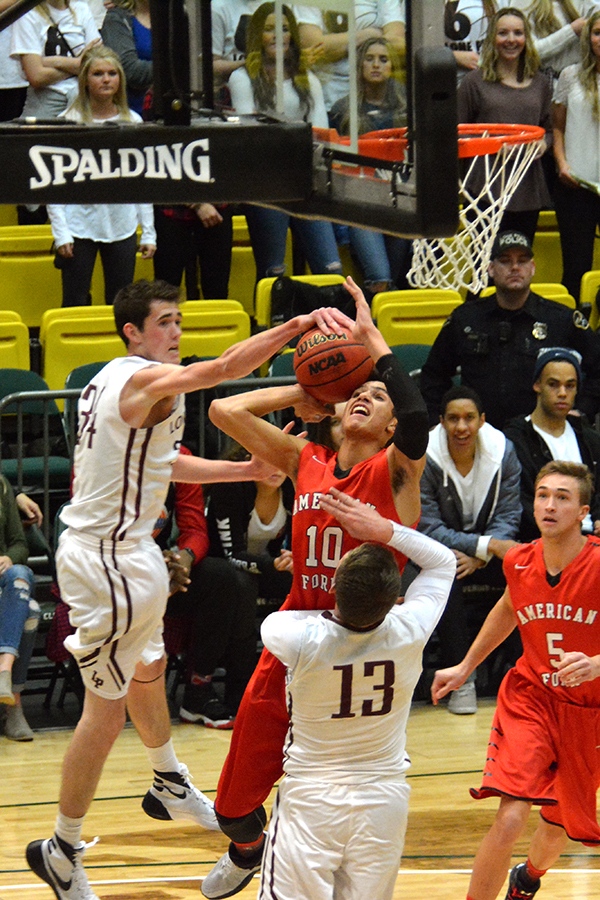 In the end Bailey scored more points (28) but Jackson (21 points) got the win.

The two teams will play again in less than two weeks, Jan. 20, again at the UCCU Center. 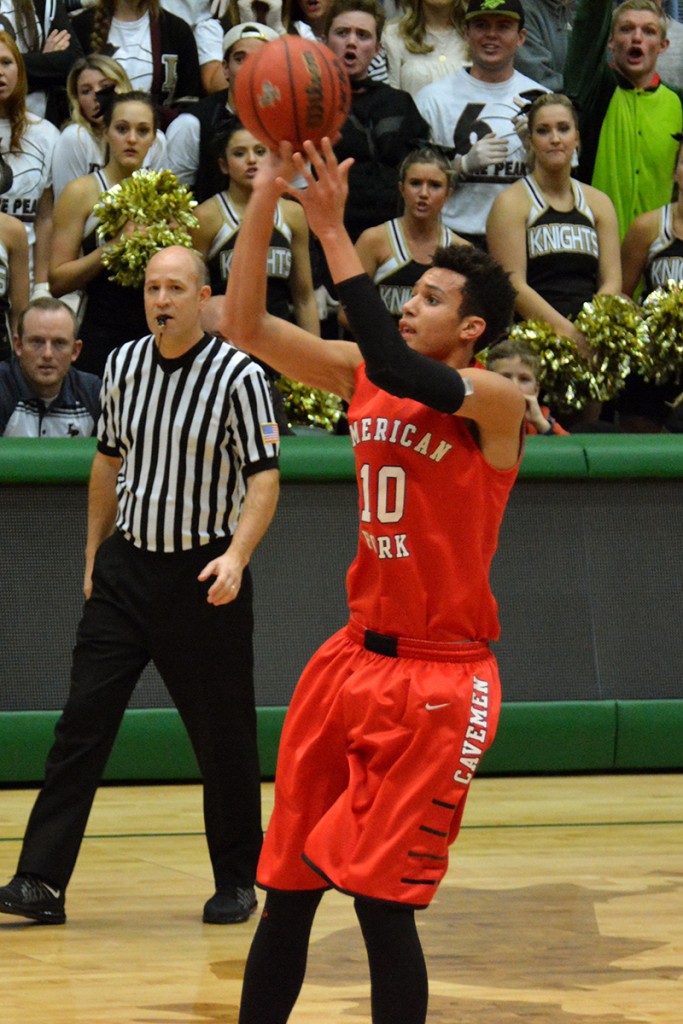 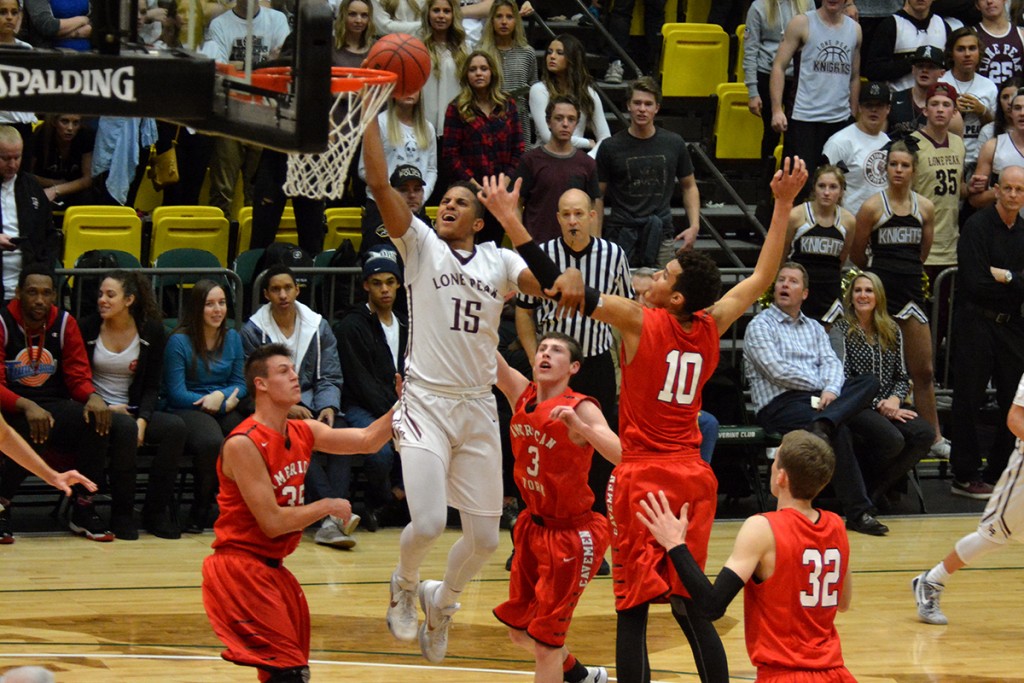 Frank Jackson explodes to the rim for two of his 21 points. 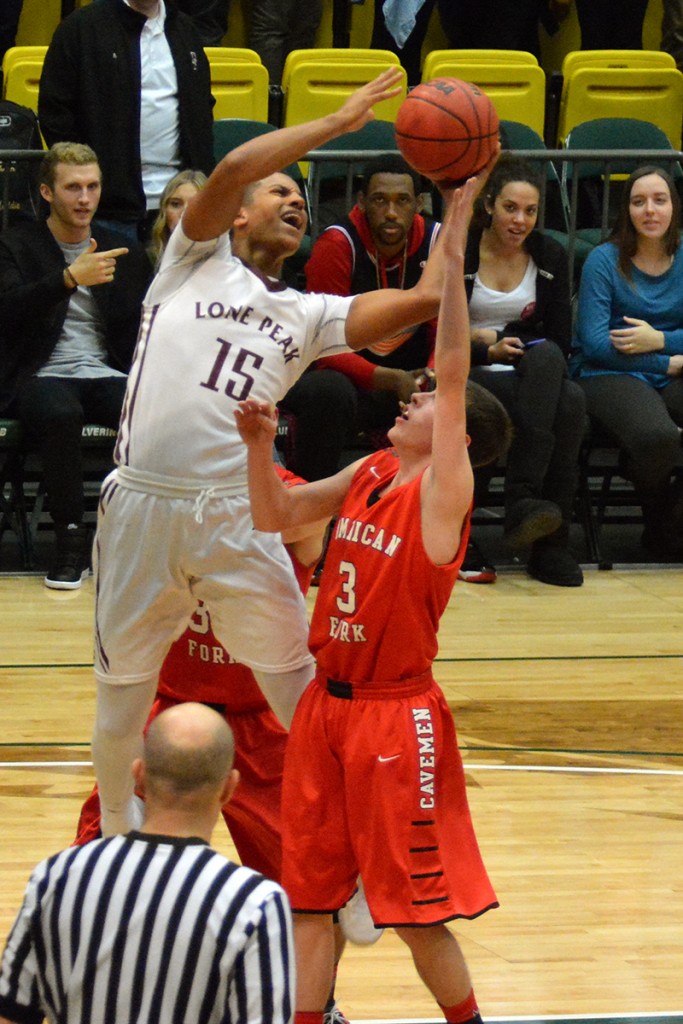 Frank Jackson scores with his left hand late in the game against the Cavemen Friday night. 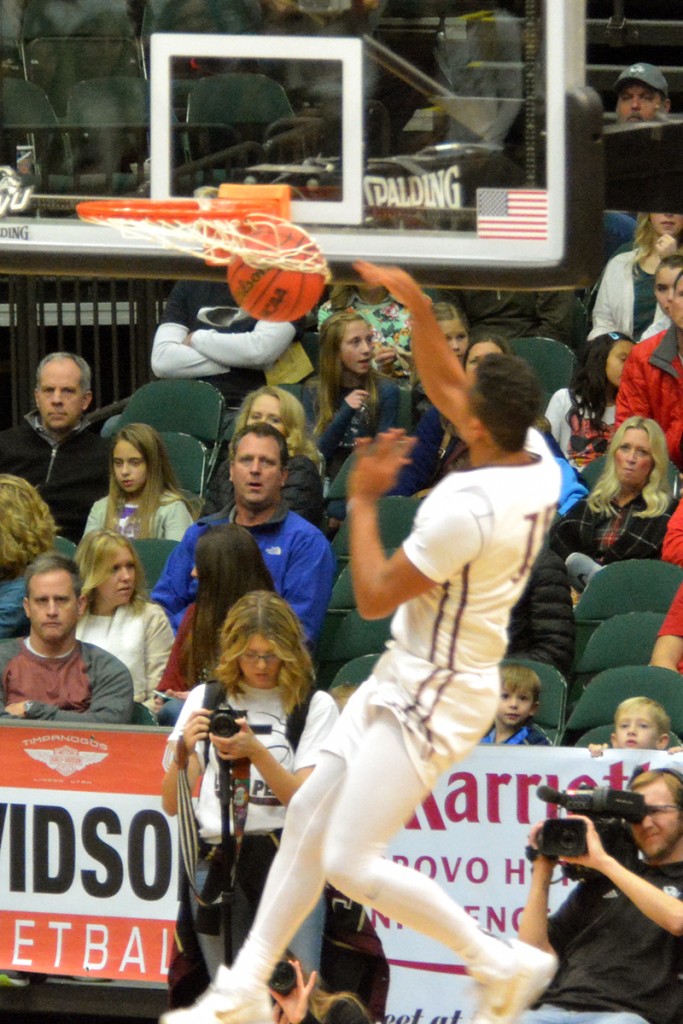 Frank Jackson’s first half dunk was not allowed because of an earlier foul call. 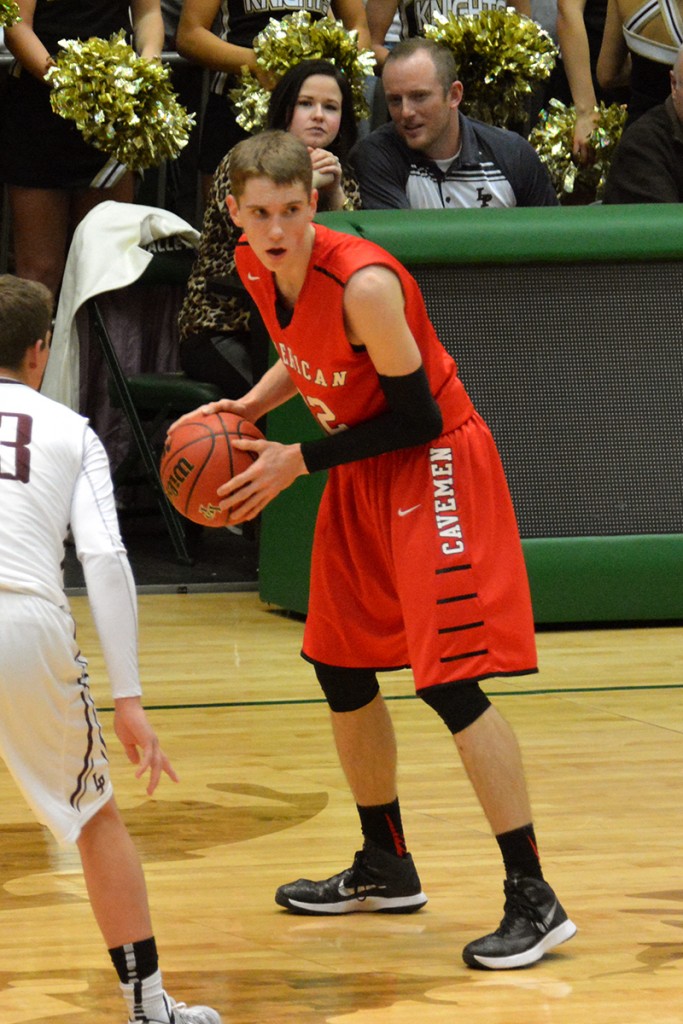 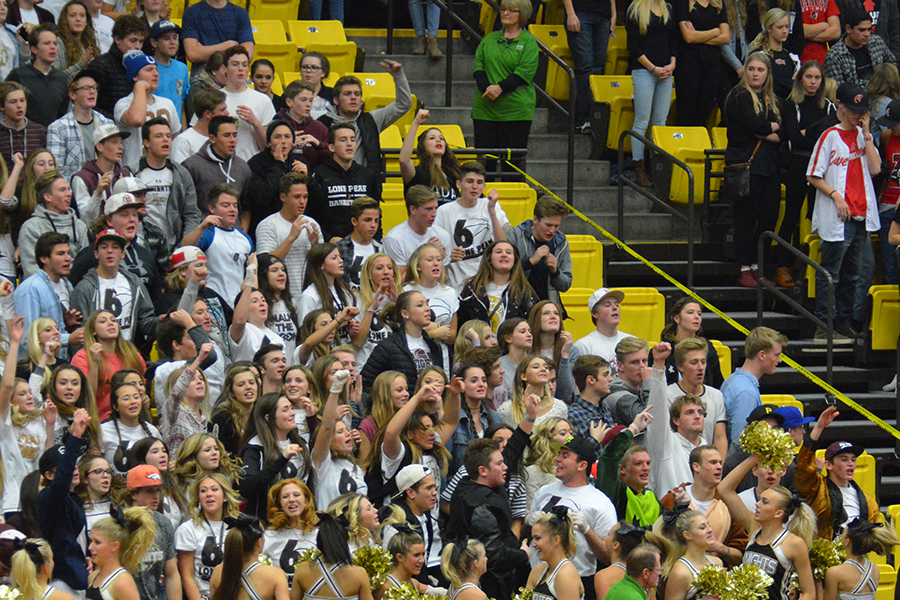 Lone Peak’s student section found plenty of reasons to cheer Friday night as the Knights jumped out to a quick lead and never trailed in the game.