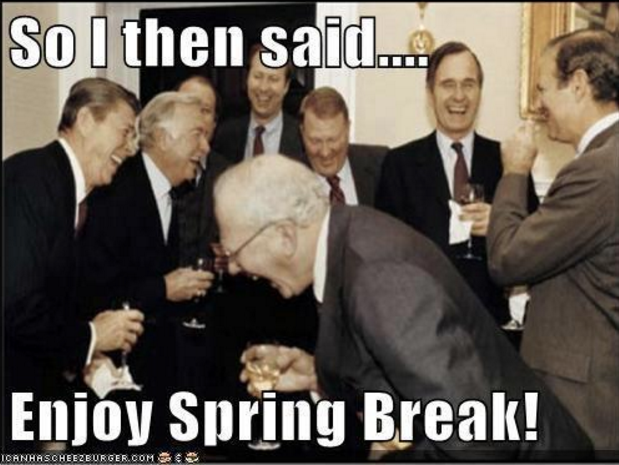 It was the announcement heard ’round campus — BYU announced on Wednesday it will hold its first ever Spring Holiday in 2017.

“The new spring holiday was proposed by the Faculty Advisory Committee because they recognized that a day off in the long stretch between President’s Day and the end of winter semester would benefit the students,” said Academic Vice President Brent Webb. “I welcomed this proposal.”

BYU students have never known so much spare time in a winter semester. While the first BYU Spring Holiday isn’t until March 17, 2017 (maybe it’s the luck of the Irish), here are just a few ideas on how BYU students could use this excessive amount of free time:

What will it take for BYU to repeat an upset at the Kennel? Previous post