Home LDS Being LDS Not forgotten in the flames: Found in the ashes of the Provo Tabernacle

Not forgotten in the flames: Found in the ashes of the Provo Tabernacle 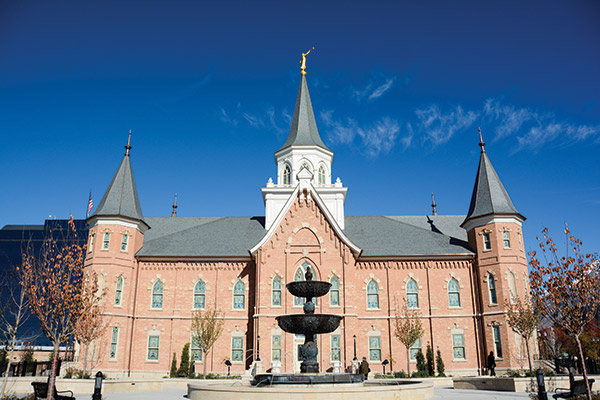 Temple’s Architectural Digest
-Provo Tabernacle was originally designed in Victorian Gothic style.
-The bricks on the Provo City Center Temple are the original bricks from the Provo Tabernacle.
-The Angel Moroni now stands on the central tower that was removed in 1917 due to structural problems. (Photo by Alisha Gallagher)

Emily and her team were looking for architectural details that would later help restore the historic Utah County building, but they also found items that helped her understand the stories of people who worshipped, performed and united inside the Provo Tabernacle.

[pullquote]”The bricks speak of the stories of the people who built it.” —Emily Utt, LDS Church History Department curator[/pullquote]

‘Lost and Found’ in the Provo Tabernacle ashes