How First Presidency messages have changed over the last 10 years 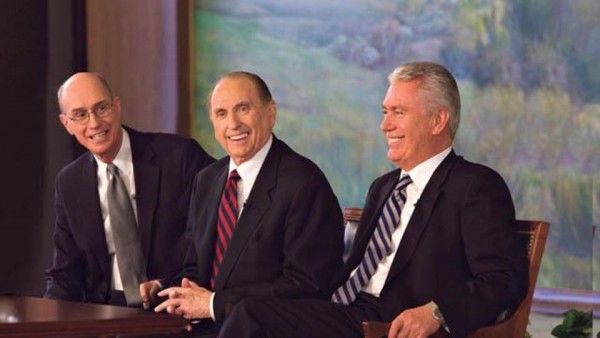 This started out as a news story. I thought it would be fun to look through the last 10 years of First Presidency messages in the Ensign, making note of topics and paying attention to how their messages have changed over the last decade.

I thought I might find a shift from Restoration-cenric messages to more centered on Christ and the Atonement. Maybe a growing, global church meant an increased focus on the Savior? Or maybe, I thought, the messages would reveal needed preparation for some future event, like an emphasis on personal preparedness.

When I finally entered the last field on my Excel sheet and scanned the topics, I knew the answer immediately. How have they changed? They haven’t.

Screen shot of my Excel sheet. All interpretations of topics are my own.

As I considered these results, I learned a few important things about prophets, their messages and my role as a disciple of Christ.

The scriptures teach that “God is the same yesterday, today, and forever, and in him there is no variableness neither shadow of changing” (Mormon 9:9) and that “[God’s] course is one eternal round, the same today as yesterday, and forever” (Doctrine and Covenants 35:1).

A lot has changed since January 2006. At that time, the idea of a personal computer in your pocket seemed impossible. (Steve Jobs announced the first iPhone in January 2007.) Tweeting was impossible. (Twitter was founded in March 2006.) Pluto was still a planet. (It was demoted later in 2006.)

Even in science and technology, truth is sometimes a product of a certain time and place. Not so with the Lord. His commandments, His doctrines, and His truths are, always have been, and always will be true. The things the First Presidency taught in 2006 — about self-improvement, personal revelation, parenthood and so on — are still true today. I guess that’s why they’re still teaching the same things, even if high school science teachers are not.

2. The core messages of Church leaders do not change.

This exercise also taught me that the core messages of Church leaders remain constant. Policies change, and the way the Church operates changes from time to time. But the core messages are the same. So I suppose it shouldn’t surprise us when we hear something we’ve heard before.

In October 2005, President James E. Faust remembered the first time he attended a priesthood session of general conference as a deacon. He listened intently to the prophets’ words. After relating this story, he said, “Over the years their subjects have been repeated many times. I expect that some of them will be repeated yet again …. They are essential for our salvation, and we need the repetition.”

We need the repetition. Which brings me to my last point:

3. Our job as Latter-day Saints is to master the basics.

My initial hopes for this project revealed a weakness in me that the apostle Paul identified among the Athenians, who “spent their time in nothing else, but either to tell, or to hear some new thing” (Acts 17:21). I went into this project hoping to discover something awe-inspiring. I hoped to see in the topics some sort of treasure map leading to a certain “new thing.” In this endeavor I was, like the Athenians when Paul arrived, disappointed (see Acts 17:32-33).

Instead, I found simplicity: service, love, prayer, faith, scripture study, integrity. A focus on the Savior and His mission. A plea to try harder and to be better. Clearly, we are to master the basics of gospel living.

The role of apostles and prophets is to lead God’s children back to Him. They’re doing exactly what they were called to do, just as they have always done. We just have to listen.